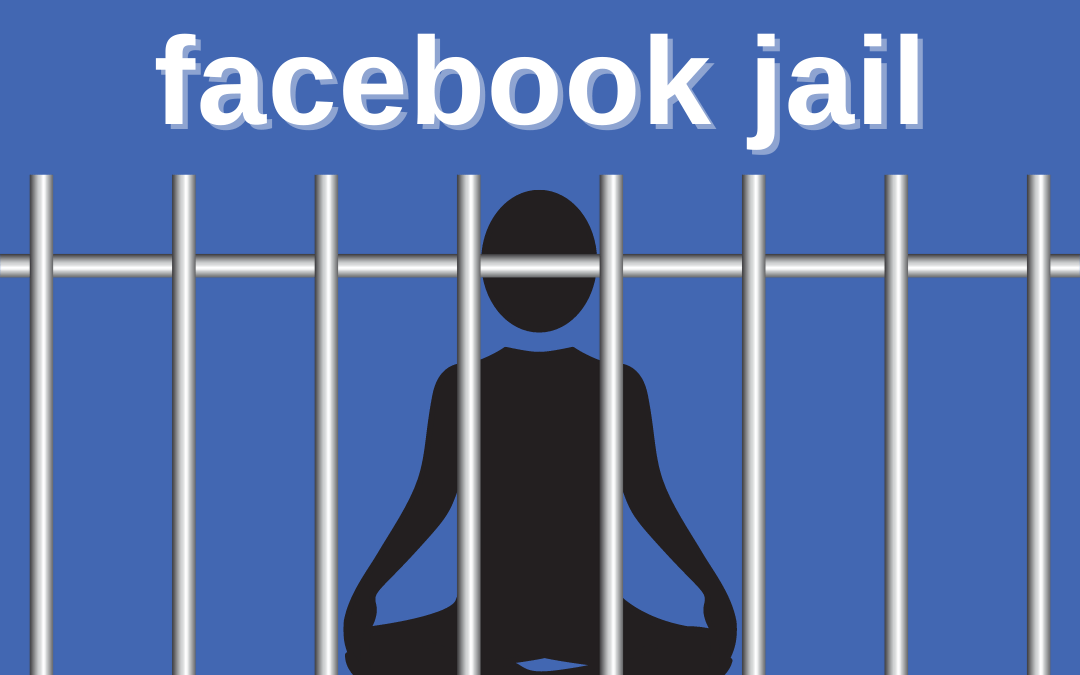 I’m not everybody’s cup of tea.

Wait. I didn’t learn that while in Facebook Jail. I already knew that no one is everyone’s cup of tea, and not all personalities mesh before Zuckercorn’s moneymaker put me in time out. People like different types of music, food, movies, and most importantly to this piece, jokes.

So if you don’t find what I’m about to post amusing, that’s OK.

But, is what I’m about to post so horrific that it warrants an entire website to protect users from it? Facebook says the picture you’re about to see violates their “Community Standards.”

Those standards include a laundry list of things that make sense including (but not limited to):

However, there’s an item near the bottom of their list that stands out:

The problem with calling something “objectionable” is that everyone objects to something.

Or, said slightly differently, everyone is offended by something.

There are the things we should all object to: racism, sexism, homophobia, xenophobia… But when you get into policing content, there are problems. some people are offended by nudity, others are not. Some people have a dark sense of humor, others do not.

And so on down the line.

I was banished for the following photo. 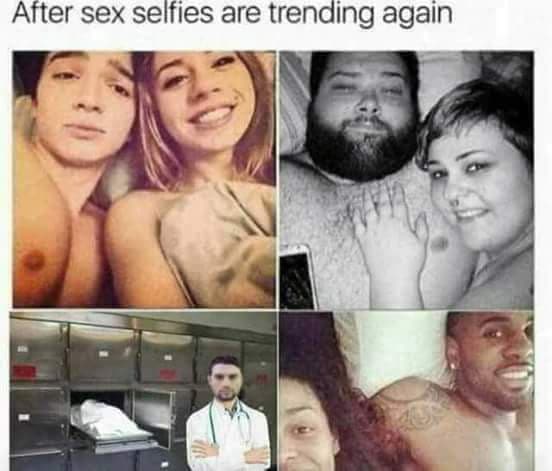 Is it objectionable content? Facebook says so, but without giving reason. It doesn’t contain violence, hateful language, or nudity (male chest aside, which is so innocuous it can be shown in a G-Rated Disney movie).

There is a joke in there, yes, and maybe you personally don’t like the subject matter. But is it more objectionable than, say, Alex Jones? He has a Facebook page, and I find it hard to find a single thing he says that isn’t just plain awful.

A May 6, 2018 report on Gizmodo points out that terrorists still use Facebook to coordinate with one another. Likewise white supremacists, and other hate groups. They’re all on Facebook, while I was booted for a joke.

And, mind you, not a joke at anyone’s expense.

This is simply about taste: some people will find it amusing, others will not. When you censor taste/preference, you’re heading into dangerous territory.

Right now, Facebook is spending millions of dollars to advertise that it’s “returning to what made Facebook great in the first place.” All this comes on the heels of the Cambridge Analytica scandal, where it was exposed that Facebook isn’t really about connecting people, it’s about collecting data, and selling said data.

Here’s the problem with Facebook’s return to “awesome:” everyone on Facebook is a user, not a customer.

Customers receive customer service; they have a say in where they take their business. Facebook, on the other hand, actively does not want to hear from users. In fact, they have absolutely zero in the way of customer service. Facebook has no 800 number, no chat function, no anyone on standby to answer questions or field complaints. Zuckercorn and his crew don’t have to answer to anyone; the site is unregulated, and is allowed to operate carefree.

They exist to sell data to advertisers, and it is our decision to use their platform.

Again, important distinction: a platform we use.

So if you need help, you can file a request, but it will go unread. I sent three requests asking for clarification regarding my banishment. It’s been over 30 days, and I have yet to receive a response.

Here’s an example of how poorly Facebook “customer service” works.

Like anyone, I receive numerous fake friend requests over the course of a year. I’ll click on them to see if they’re real people, and the first thing I’ll see is a picture of a  scantily-clad woman with the text “Click HERE to see my REAL pics.”

There’s always a link to pornography.

I stopped reporting those profiles, however, because Facebook kept finding them legitimate.

My inbox currently has a half-dozen automated messages that state as much. “We looked over the profile you reported, and though it doesn’t go against one of our specific Community Standards, we understand that the profile or something they shared may still be offensive to you.”

But if someone reports a joke because they don’t like it, Facebook springs into action and I get banned.

I said everyone is offended by something, and that’s what offends me: double standards and hypocrisy.

I’m offended by a platform that uses the phrase “Objectionable Content” as an umbrella term. “Objectionable” becomes a replacement term for “I don’t like that,” which is capricious at best, and controlling at worst. That’s what offends me.

That, and, of course the lack of any user support or customer service.

So, what did I learn while banished?

I discovered that I didn’t miss Facebook all that much.

Oh, I’m not going to get all huffy and say I’ll never use the platform again, and that being off Facebook made me a better person, that I lost twenty pounds and cured cancer. That’s nonsense usually spewed by blowhards.

I simply discovered that the further I got away from Facebook, the less I cared about it.

And that should frighten Zuckercorn.

Not the idea of him losing me, specifically, but the thought people can discover they can spend less time on his platform and be OK with it.

The more people banned by the Facebook police, becomes fewer normal users of the platform. After we’re gone, all that’ll be left are ISIS, Alex Jones, and white supremacists.

UPDATE: This news article hit the web several hours after I posted my blog. Turns out I’m not alone. My blog is nothing, but $16 billion? Zuckercorn will notice that, I’m sure.

Did you enjoy this post? Check out my new crime thriller, We Are 100. 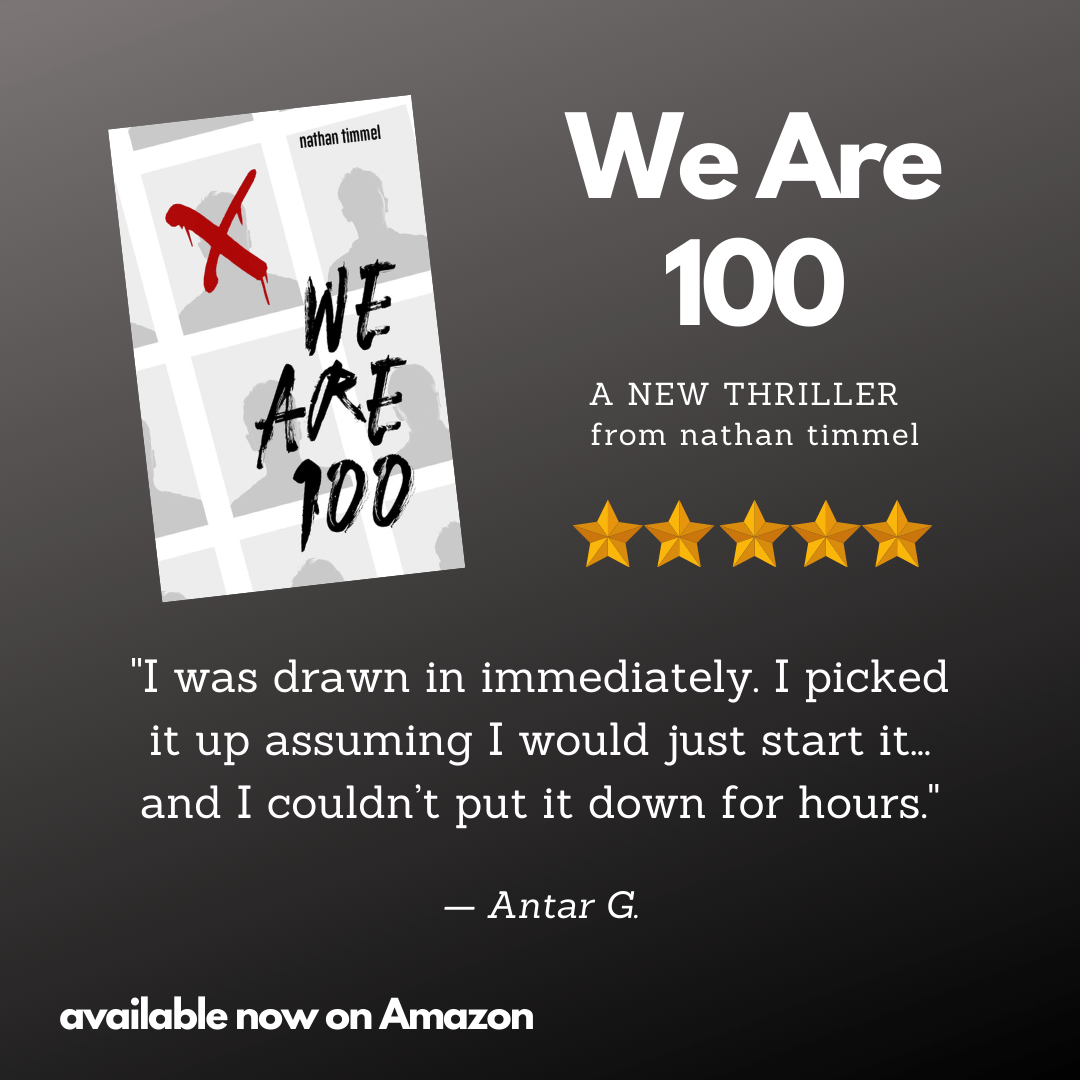 Not into fiction? Check out my non-fiction books.