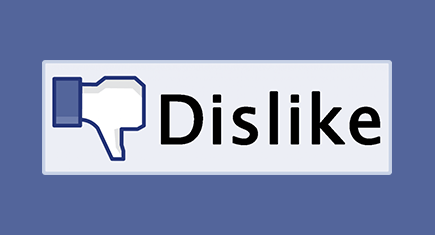 I was watching a video via Facebook, and when it finished the words “Your session has expired” popped up on my screen. I rolled my eyes, figuring there was a bug in the app, but I was wrong. When I attempted to log back in, I discovered my account had been suspended.

What was my offense? Had I bullied? Been hateful, racist, or pornographic? No. I had re-posted a meme and one of my “friends” reported it. You know, because that’s what friends do, they report you instead of voicing their opinion publicly or messaging you privately. Regardless, because of the picture I was given a seven-day timeout by the Facebook powers that be. This even though the meme was still visible numerous other places on Facebook.

The picture itself was a joke involving Hitler. Was it in poor taste? Well, like beauty, offense is in the eye of the beholder. To me it was akin to an article from The Onion, something you laugh at despite the “wrong.” You giggle against your will.

Was it in violation of the Facebook Terms of Service, their “Community Standards?” That’s a sketchy question. All signs point to no. It wasn’t hate speech, it wasn’t graphic, there was no nudity… but all that said, Facebook lists its rules in such a vague manner any random employee can arbitrarily decide what offends their delicate sensibilities; there doesn’t appear to be any uniform set of values.

When the confederate flag came down in South Carolina, the following post from a flag supporter entered my feed: “Why can’t they [African-Americans] just get over it? They’re not in the fields anymore!! Jews went through worse! Yet you don’t hear Jewish people bring it up every single damn day they breath!”

Was I offended? Absolutely. Ignorance offends me, and I mean both the racism and the use of “breath” instead of “breathe.”

Did I report the post, or the user? Of course not. It’s a combination of free speech and self-expression, and people are free to be as ugly as they want. If I had reported that post, would it have been removed? I hope not. Personal opinion, however hateful, doesn’t violate the ambiguous “Community Standards.” A questionable joke, however, does. Since what’s funny to someone might not be funny to someone else, it’s apparently best to protect everyone. Broken down, this means Facebook gives users the freedom to support Nazi-like beliefs, just not the freedom to joke about them.

As self-serving as this next part is, it’s also true: my suspension occurred just before a charity event I was putting together. A one-year-old child in my neighborhood is afflicted with cancer, and I organized a group of comedians to put on a show to collect money for the family. Shoot a rubber band at the tsunami of bills overpowering them, if you will. Because of the suspension, I couldn’t post any promotional material in support of that show. I couldn’t update the event page, or remind people, “Hey, this is important!”

So, whoever reported me: good job. I hope you gave yourself an Anthony Michael Hall chuck on the shoulder. Time I could have spent trying to promote a good cause was used to write this nonsensical essay instead.

Unfortunately, my inability to promote is small potatoes compared to the reality of what happens when you clog a system with garbage. If you haven’t read this post by a Facebook moderator, you should. It’s chilling, and dead on. What’s sad is: those words changed nothing. People still report things without merit, and Facebook still runs a Kafkaesque “help” center where it is easy to accuse and impossible to defend. A faulty algorithm or an employee in a third-world country with a limited grasp of English can ban, and the banned person has no recourse.

Given that, I ask this, random Facebook user: the next time you see something you don’t like anywhere online, just click off it. Unfollow or unfriend the person who offended you. You know, do something that takes into account personal responsibility, don’t just finger-point and whine. I have a three-year-old at home that throws tantrums. I don’t need to deal with yours, too.

I won’t end this ramble of words with idle threats of leaving Facebook; fist shaking is silly and Facebook wouldn’t notice or care if I deleted my profile. But I’d love, love, love it if the powers that be re-examined their training techniques, or re-calibrated their “transgression algorithm.” I think Facebook would be a much better place if when someone got report-happy, that person got suspended.

In the real world people face their accusers in court. This might be a little Beach Boys of me, but wouldn’t it be nice if Facebook was like that? Instead of anonymous accusations and handed-down judgments, make someone reporting “offensive content” own up to their action. I’m guessing the lemon-faced folks wouldn’t spend so much time trying to ruin everyone else’s fun if they couldn’t do so from the shadows. Likewise, allow for the accused to have some form of defense, because right now there is absolutely none.

In short: the next time you see something and think, “That shouldn’t be on Facebook,” look in the mirror.

(And maybe Facebook should practice what it preaches, and actually make the world “open and connected.”)