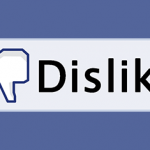 A couple weeks back, I said I wouldn’t be deleting Facebook just because they played fast and loose with my “personal” data.

Founder Mark Zuckercorn has famously said his platform will always be free. Realistically, free should be in quotes: “free.”

When I post something—a link, a meme, what have you—Facebook tracks it. Over the course of the day, I’ll see “Your post has gone into 300 feeds.”

That’s Facebook asking me to give them some money in order to put the post into more feeds.

Suddenly the “300 feeds” makes sense. Facebook is actively holding my post back, hoping I’ll pay them to show it to more people. People, again, who have already said they want to see my stupidity.

I don’t expect Facebook to throw my posts willy-nilly across their whole platform. But if someone clicks “follow,” you’d think my nonsense would appear in their timeline.

Well, I bit the bullet and sponsored a few posts. “Why not build my base?” I figured.

When you click “boost,” you get options regarding who should see said post. You can target people, which makes sense. That’s why Facebook data exists. You see who’s a certain age, who’s into comedy, who likes things similar to you, and you target them.

That’s how Cambridge Analytica used Facebook data. “Are you clinically insane, or just flat-out stupid? Neat! You’ll like this Russian advertisement designed to make you want to vote for an incompetent moron!”

But the next “boost” option bothers me: your followers.

I have people following me, who want to see my garbage in their feed, people that have already said, “show me what this idiot is up to.” I’m supposed to advertise to them?

Basically, Facebook is like a discount airline. Sure, the ticket is cheap, but the instant you want to carry on a bag (or have one of your posts go to people who actively follow you), there are surcharges aplenty.

And, truth be told, I’d rather have people who actively like my unique brand of dumb sharing it, than buying my way forward. It feels more honest.

Hopefully I’ll make it after all.

Lookie-lookie, I wrote a bookie! Give a click and check it out.