Fuck You, That’s When 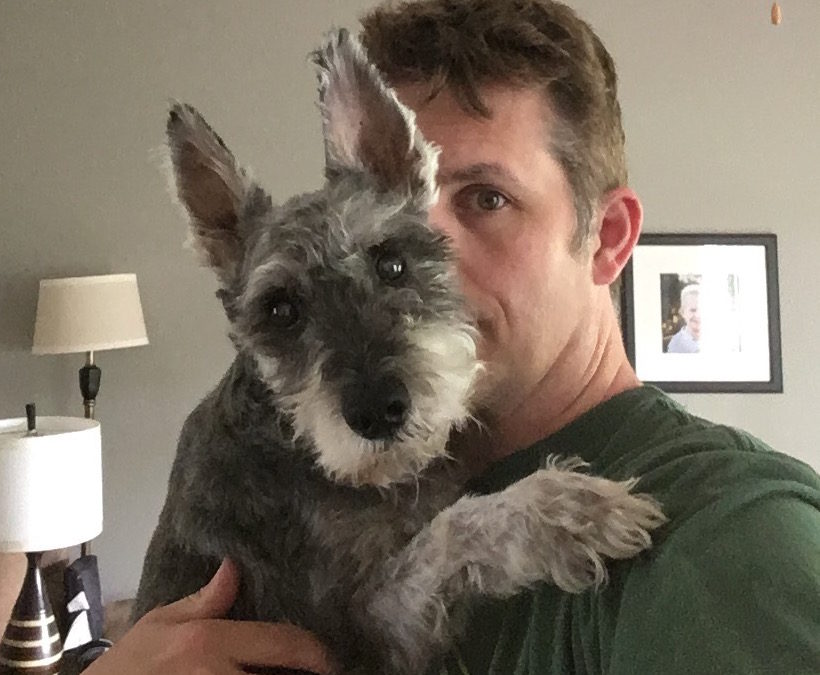 My wife is a much nicer person than I am.

A couple days back, she told me she didn’t know how to politely deal with a question she’s been receiving as of late. I offered my advice, which, like it usually does, made her roll her eyes.

A quick backstory: our dog, Kitty, was diagnosed with doggie diabetes a few months ago.

We didn’t feed him like Americans feed themselves and give him Type 2 eat-a-salad-and-go-for-a-walk-or-you’ll-lose-your-foot, tubby, diabetes.

Kitty is a Mini-Schnauzer, and diabetes is common in that breed; this was going to happen with or without a healthy diet.

(And his was fairly healthy.)

With the disease has come some expenses, as well as extra ailments. Like kidney stones.

On the expenses side of things, Kitty needs insulin shots twice daily, and he’s on a fairly-pricey special diet, one that controls both his blood glucose levels and shrinks the aforementioned kidney stones. As far as extra ailments, the worst thing that’s happened is that Kitty went blind a couple weeks ago.

It’s sad, but it was expected; we were told up front he’d eventually lose his sight.

With the diabetes would follow cataracts, and then his eyes would go. So it wasn’t really a surprise, we just thought it would happen much more gradually than it did. We thought his sight would fade like an aging beauty queen, but over the course of a couple days it flamed out like a rock star. One morning his eyes were partially cloudy; the next they looked like eyes photographed using the flash of a camera.

It’s depressing, watching this dog that was once full of fire and energy timidly making his way around the house, continually bumping into objects and being startled. He flinches often; everything seems to frighten him.

The question my wife has been fielding comes from sources who have no pets in their lives. They don’t understand the bond humans feel with their fur babies, and therefore are a bit more callous when it comes to their care.

Which is why they ask, “Are you going to have him put down?”

I’m sure they mean it somewhat kindly—or at least that’s my hope—but it’s still insanely inappropriate, insensitive, and probably several other “i” words I’m not smart enough to think of.

Here’s the deal: Kitty is “healthy.”

Yes, that’s in quotes, because he’s not 100%, but he’s also not suffering. His quality of life hasn’t deteriorated to the point having him put to sleep is even on the table. His blood sugar is under control, his muscles are strong, his heart is strong, and the vet says he has a few quality years left in him, easy.

Yes, he can’t see, and he costs more to feed than he should.

That doesn’t mean we’re going to cut and run at the drop of a pin. First of all, what kind of people would that make us? Second, what kind of message would that send to our kids? “If something is a problem, get rid of it.” That attitude explains why we have hospices full of elderly people who barely get visited at Christmas.

Maybe I’m overly-sensitive about the question because of our location; my family lives in a college town.

Every spring the animal shelters fill up with four-legged friends abandoned by students that wanted a companion for the academic year. Once they return home for the summer, all the kittens and puppies that were oh-so-cute in autumn are abandoned.

It’s disgusting, and the practice makes me want to hit people with an oar.

The idea my family would bail on an animal that has given us love and affection for nine years just because he’s slightly more burdensome than we’d like?

Not going to happen.

I will fully admit that I’m a bit of an asshole here, but when my mother suggested we board Kitty and not bring him the next time we came to her house, my response was “If you don’t want to have your grandkids visit, this is how you do it.”*

Our dog is a member of the family.

We aren’t complete douchebags about him—we don’t bring him into restaurants or on airplanes—but neither will we abandon him when it’s obvious he’s confused by what’s happening to him.

When the time comes, we will have him put to sleep.

That will be when his quality of life has started to suffer, not just because he needs a little extra care.

So when my wife asked me, “What do I say to people asking me when we’re having Kitty put down?”

I responded the way I’d respond, even though I know it doesn’t win me any friends.

Want to learn more about my doggy (or help defray his vet bills)? Buy a mini-book about (and by) him on Amazon.

*We took him to my mom’s house, and this is the text I got from her when she was home alone with Kitty, “I sat on the floor earlier, and Kitty came over, put his head in my lap, and closed his eyes while I petted him.”

That’s a good Grandma right there.