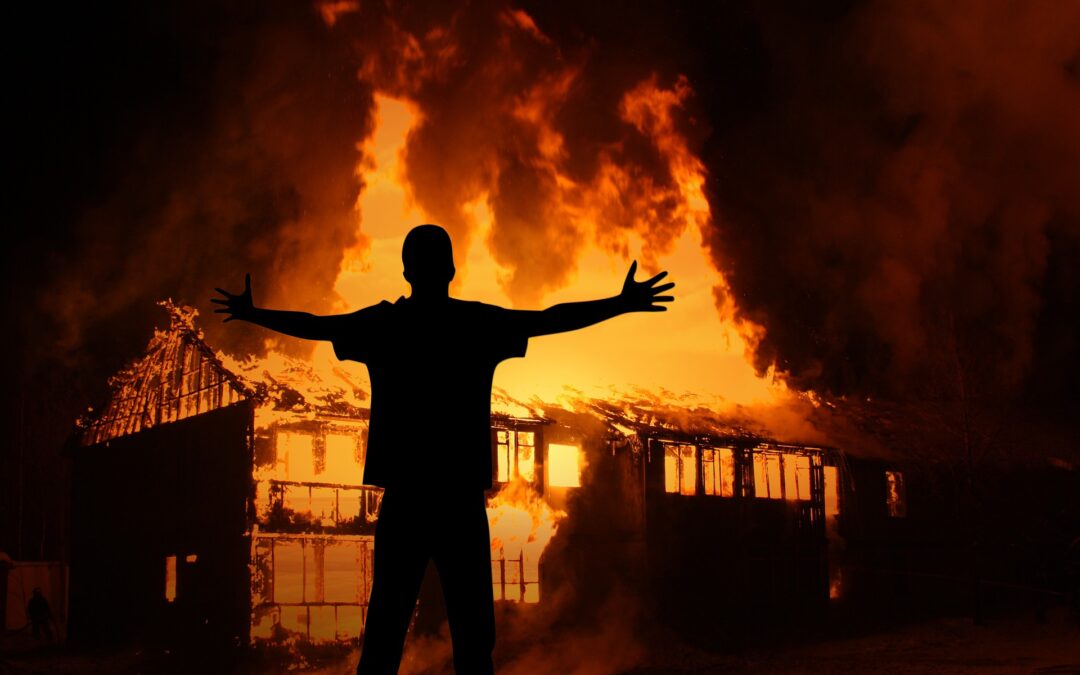 In the twelve years I’ve been on Facebook, I’ve had a couple interesting moments where “Add Friend” popped up in my sidebar, and it was someone I thought I was already friends with.

More accurately, we had been friends, except they dropped me at some point. Apparently I didn’t notice until Facebook hit me with a post gushing about all the people we had in common.

It’s happened three times,  and while I’ve never been offended, I will admit to having been confused.

My response is usually, “I wonder what I did.”

It’s a somewhat problematic stance, because “I wonder what I did” automatically puts all the blame on me. Which isn’t healthy. Conversely, if I saw I’d been unfriended and thought, “What’s wrong with them?” that would also be inappropriate. That points fingers and lays blame. The truth is, relationships are two-way streets. Disagreements between people rarely boil down to absolutes on either side.

I understand that, but also think “What did I do?” is a good starting point.

Not as a point of guilt, but of examination. We should be aware of our actions, that we might correct them. If we come to the conclusion we didn’t do a whole lot wrong, then we can sleep with a clear conscience.

Which brings me to my first sideways thought.

I’ve been reading the book Sapiens, by Yuval Noah Harari. It’s damned fascinating. At one point, the author brings up technology, and speed. He discusses the fact people used to physically write letters, and now we send emails. With a letter, you’d sit down, pencil and paper, and put forth your thoughts. Such a process took effort.

With email, we don’t need to write.  Sadly, we don’t even need to think. Email gives us the ability to respond to correspondence while completely distracted. We can also send a single sentence email if we so desire. It takes zero effort.

Imagine writing a one sentence letter. Sitting down, writing one sentence, folding the paper, putting it into an envelope, affixing a stamp, taking the letter to the post office… You wouldn’t do that.

Even worse, technology allows us to react to stimulus immediately. We tell kids to stop and count to ten when they’re angry, but when we’re online, we react. We Tweet, we comment, we post status updates, all without taking the time to wonder, “Is this a good idea?”

Everything is done on impulse: see, and react. We send truncated (at best) thoughts, and sometimes no thought at all goes into the response process.

It makes me wonder if the unfriending process is as equally thoughtless as anything else we do.

See something you don’t like? Unfriend. Gone. Don’t have to think about that person anymore. With the click of a button, we are kings; “Off with their head!”

(There was a lot of that happening this past election cycle.)

Returning to the point: I was recently unfriended on a social media platform. This time, it wasn’t a “when did that happen?” surprise, I watched it occur in the moment.

I’ve known the guy who dropped me, Tim, twenty years.

We met back in Milwaukee, at an open microphone; Tim and I wanted to be stand up comedians. In my mind, we got along well enough. We were friendly with one another, though not, “Hey, let’s hang out all the time” friends. When I put together my first ever Comedy for Charity show, I asked Tim to headline it. I called the local TV station and got them to feature him on the news. I might have gotten him a slot on radio, too.

Eventually, we both ended up in Los Angeles. When Tim filmed his first Hollywood TV appearance, I showed up in the audience to support him. I also stopped by the green room of Craig Ferguson’s talk show to wish Tim well before his performance on that program.

Then I moved to Iowa, but we remained connected online.

Until recently, that is. Until I posted the following status:

“My kids are having an intense discussion about how dogs mark their territory.

‘They pee on things and then they think they own that thing!’

This turned into a conversation about things THEY would pee on, and thus own.

In the early 2000s, in Los Angeles, Rob and I were returning from an open mic. Rob was drunk.

We pulled into our parking garage; Tim’s car was in its slot.

Without saying a word, Rob got out of my car, stumbled over to Tim’s vehicle, dropped trou, and let fly.

He peed on the driver’s side door, the door handle, the windshield, the hood…

He covered that car with so much drunken, full-bladder beer pee… it was an amount akin to what Frank Drebin released in The Naked Gun.

I think I laughed so hard that I peed my own pants a little.

Sorry this is how you found out about it, Tim.”

I was chuckling as I wrote the status.

In fact, I wrote the status over the course of about seven minutes. I wanted to make it short, impactful, honest, and funny, so I took care when constructing it.

Is the action described in the memory dumb? Absolutely. Guys are dumb. We do dumb things to one another. Rob, the guy who peed on Tim’s car? I once took a bar of soap to his truck while he was at work. I used the soap and drew enormous, um, “phallic symbols” all over it. I mean, I covered the truck front-to-back and top-to-bottom with phallic symbols. It was a present for Rob to find when his shift was over.

(Rob said he drove straight to the car wash.)

Why did I do that? Because guys do dumb things to one another. Guys cover friends in shaving cream while they sleep, draw on them when they’re passed out, give humiliating best man speeches at weddings, embarrassing the groom-to-be…

Anyway, I tagged Tim in my pee post, thinking he’d get a kick out of it, but I was wrong. Instead of being amused, Tim wrote an angry, attacking comment. I was surprised, but let it go. Better to let a person vent than to get into it with them and all. A few hours later, Tim’s wife commented. She wrote, “Glad you and your buddy are not in my husband’s life anymore.”

At first, I laughed. It was a very status quo response; guys find peeing on one another’s car funny, while girls do not. Of course the wife would be happy Rob and I weren’t around.

I wasn’t hurt, but I was flabbergasted. And a little annoyed, honestly.

Here’s where I go sideways again, and I apologize for the detour.

Tim’s action made me think of something I wrote three days before the “Rob peed on your car” status.

As a comedian, I’ve had the humbling honor to travel overseas and perform for American troops stationed far from home. Each and every trip has been life changing. In terms of doing pushups in order to raise awareness for veterans, though, one specific story comes to mind.

I talked to a soldier who explained that for a year—for one full Goddamn year after he got home—slept alone in a separate room in his house. He had a wife, but slept in the guest bedroom.

Because he didn’t want to accidentally kill his wife in the middle of the night.

He explained that if she absolutely had to wake him up, the only way she was ever allowed to do so was by tapping his foot, twice. That was the signal he and his brothers used in country; two taps to the foot = safe. Anything else? You wake up swinging. Oh, and you had a knife in your hand. Which meant you weren’t punching, you were slashing. You were stabbing.

I’ll pause here for a moment to let you digest that.

Imagine having to sleep apart from your spouse, because you might kill her if she bumped you in your sleep.

Why did Tim unfriending me make me think of that status? Here’s where I try to tie everything together.

First: if the worst thing you have to deal with in your life is reading that someone peed on your car fifteen years ago? Then you live a pretty easy life. If your response to such a revelation is to be so mad at the messenger (who even threw in an apology) that you delete him from your life? That makes me question what kind of person you are. By that, I mean: you’re not an adult. Adults express their thoughts and feelings; “Hey, that post really bothered me.”

Children act on unregulated impulses. Young children, that is. Like my six year old when he doesn’t get his way.

Second, was the unfriending impulsive? As stated earlier, the evil beauty of the Internet is we can do everything with a click. Want someone out of your life? Delete. No thought, no contemplation, just “I’m upset in this moment, and this moment is all that matters.”

Knee-jerk reactions lead to regret in some situations, but probably not here. As said, Tim and I were friendly, but not friends. We didn’t interact all that often, so I doubt there will be any wistful, “I wonder what he’s up to…” longing on either side of the equation. Maybe Tim was having the worst day of his life, and my status was the straw that broke the camel’s back. Doubtful, but possible.

(That said, I’m not sure treating people as disposable in any situation is appropriate.)

Third (and last), this comes back to the “What did I do” vs. “What’s wrong with him?” intro to this piece.

Should I have told Tim fifteen years ago, “Hey, Rob peed on your car last night”?

Maybe? Probably? I don’t know. But I didn’t, and there’s no going back and changing that now. Should I have tagged him in a post describing it fifteen years later? Apparently not. I thought it would be funny. It never crossed my mind that someone would have a negative reaction to something so old, so trivial, and that contained an apology.

Whatever picture of me Tim has, whatever picture he painted to the woman he married (who has never met me) that made her glad I wasn’t a part of their life, does not jibe with the interactions I remember.

Whatever justifications Tim has for his actions, I’m sure they’re valid to him.

We each get to live our own lives, with our own moral standards.

Image by Prettysleepy from Pixabay