Some of My Best Friends are Stupid 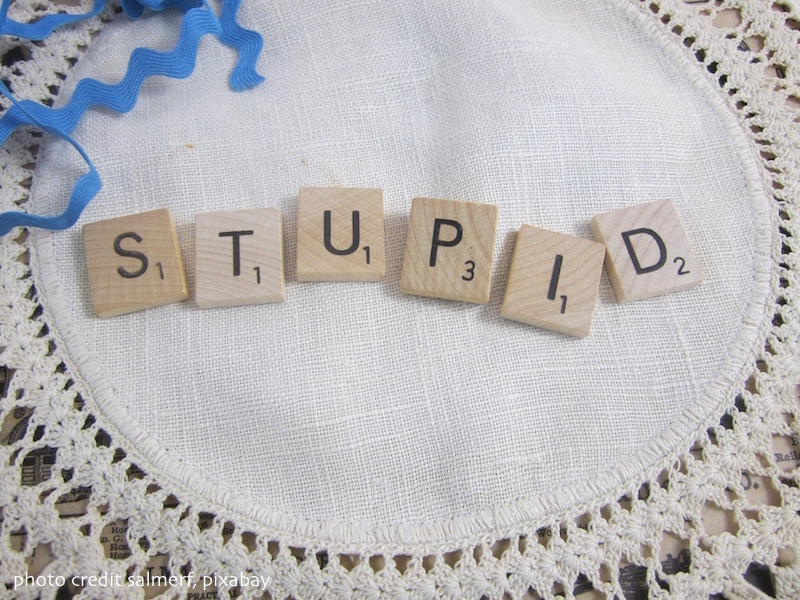 Shares
Some of my best friends are stupid.

But it’s OK. They say the same about me. We call each other stupid.

From my angle, I call them stupid because they’re Trump apologists. They eschew facts, don’t seem to understand cause and effect, and are immune to truth. Meanwhile, they look at me and say, “Nathan’s a dumb libtard who just doesn’t get it. Trump is making America great again.”

So, we’re politically different. By a ton. A chasm greater than the Grand Canyon.

But we’re still friends, because we agree on more things than we disagree on. When we talk, we talk about our families, football, music, movies, and life in general. We don’t really discuss politics all that often.

We know where we each stand, so what’s the point?

I have friends on the left who ask, “How can you still be friends with people like that?”

The answer is because I believe in people, and dialogue.

I don’t think I’m going to change my friend’s minds, because (for the most part) they fit a certain description uncovered in the run up to the 2016 election: haven’t traveled the world, never moved beyond a 50-mile radius from where they grew up, don’t use multiple sources to receive information…

They don’t attempt to expand their minds, and there’s nothing I can do about that.

At the same time, I don’t think they believe they’ll ever change me. I can’t picture them saying in my absence, “Man, if Timmel would only have a traumatic brain injury, maybe he’d like Trump, too!”

(I assume that’s what they say, because I’m certain they understand that it would take an IQ-lowering event to get me to come ‘round to their side. Heh.)

The point is: I don’t think that differences mean you should cut people out of your life.

Unfortunately, in today’s climate, that’s exactly what you’re supposed to do. Today, we’re supposed to exist in clans, and if you dare to tread outside that bubble you’re shunned.

I see people on Facebook every day boasting about who they unfriended, or posting threats like, “This is what I believe, and if you have a problem with it, unfriend me!”

Are some people lost causes? Sure. Sexists, racists, SJWs… those are hurdles that you cannot ignore. Associating with people in those camps isn’t really my bag.

In fact, I can only think of one time when I gave up on a friendship.

It was over fifteen years ago, and my friend (at the time) joined a faction of Christianity I wasn’t a fan of. Not a general sort of, “I’m a Christian, and follow Jesus Christ,” which many people do in a very healthy and loving way.

He believed in an extreme interpretation of his holy book. Think ISIS, only with Christians. Which I guess would be The 700 Club.

We were having a disagreement regarding the LGBTQ community, because he insisted that gay people are all going to hell. There was nothing I could do to change his mind, and nothing he was going to say was going to convince me to become a homophobe.

One day, he sent me a message and I never wrote back.

I didn’t know how to respond to that, so I just… didn’t respond.

After a while, I noticed that neither one of us had reached out to the other, and I was comfortable with that. I didn’t actively carve him out of my life, and I don’t believe he did so to me, we just sort of let everything fade into a nothingness.

Unless the subject is bigotry or hate, I can’t think of a reason someone wouldn’t want to try and work a disagreement through. Even if, and I’ve had this happen, the end result is “agree to disagree, moving on with life.”

Unfortunately, some people get so wrapped up in their self-righteousness that they have to be “pure,” even if that purity is an invention of their own mind.

Me, I choose to attempt—even if I fail—to find common ground with people. Things we can all agree on. Like the fact Maroon 5 sucked at the Super Bowl.

Because, woof. They blew goats.

If you disagree with me on that, I’m going to unfriend you on social media.