A Love Letter to Iowa 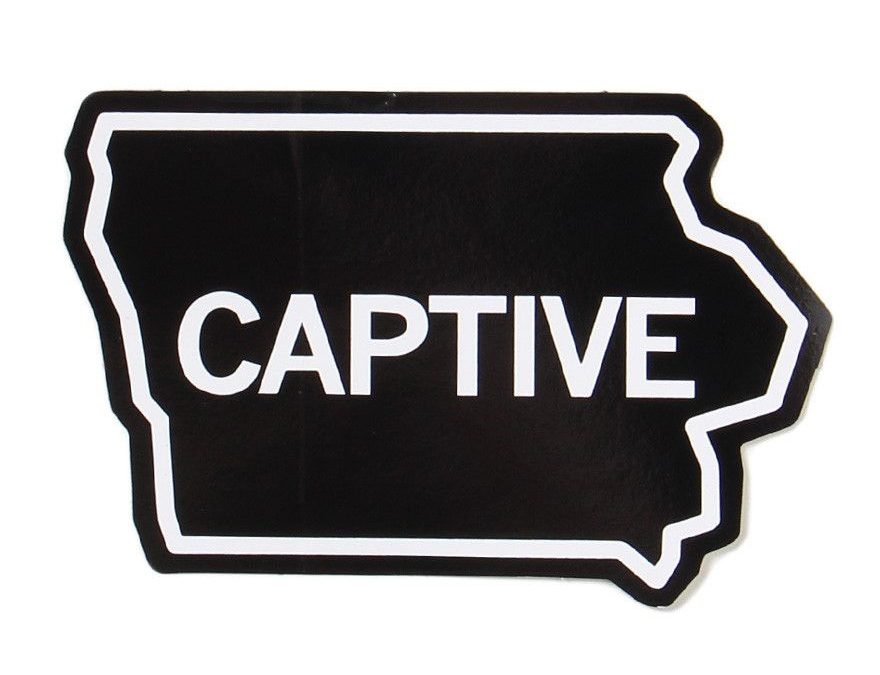 I’ve seen the whole world six times over; Sea of Japan to the Cliffs of Dover…

I’m not sure I can actually remember all the places I’ve lived.

When I was a kid, I moved 10 times before I was 10-years-old. Since then, I’ve added cities big and small–from Milwaukee and Boston, to my current dot on a map, Iowa City, Iowa.

As a kid, if you asked me where I’d ever want to live, Iowa would be somewhere toward the bottom of the list. It’d be above Alabama and Mississippi, but below Colorado, Illinois, or New York. But, circumstances being what they are, here’s where I ended up.

Turns out, I find Iowa “quite agreeable,” as the kids say.

(Those kids, what with their hip, cool vernacular.)

On the very first morning I woke up an adopted Iowan, the air quality ratings for American cities was released. For the forever-th year in a row, the place I had just left, Los Angeles, came in at #1. This isn’t a “Hooray, we’re #1!” kind of celebration, it’s, “Oh, crap… Los Angeles has the worst air quality. Again.”

As Robin Meade read the findings, I looked out my window and saw clear blue skies that stretched to the horizon.

Another point goes to Iowa for its police departments. Let me give you a quick compare/contrast.

During my stay in Los Angeles, I got two tickets; one for parking, one for jaywalking. Regarding the former, I had parked in a spot owned by the company I was working for. I had a placard on my dash, but that didn’t matter to the Meter Maid. Parking Enforcement saw my car on the street, dedicated parking spot be damned, and gave me a ticket. There was a phone number to call if you wanted to fight any violation, so I called, and what happened irritates me whenever I think of it.

Auto answer picked up, and a phone tree gave me two options: “To pay your ticket, press 1. To contest your ticket, press 2.”  I pressed 2, and after a one second pause and without asking me to enter my ticket number so it could be looked up or examined, the recording said, “Your request has been denied. Please pay your fine.”

If I wanted to fight the ticket in court? Well, traffic violations were handled in a courtroom over an hour from where I lived. It was as if Kafka had written about L.A. when scribbling about institutions designed to defeat the common man.

The jaywalking ticket… technically, yes. I jaywalked. I walked out of a building, looked left and right, there were no cars anywhere in sight, so I jogged across the street to a parking lot. It made no sense to leave the building, walk half a block to the corner, cross, then walk half a block back on the other side. There was no traffic anywhere in sight, so, as said, I hustled across. Note: that’s hustled, not meandered.

A motorcycle cop several blocks away saw me and drove over. He asked for my identification, and then wrote me a ticket.

Did I break the law?

Yes. I admit that freely. But is policing in Los Angeles that desperate for cash? Do police officers have that much time on their hands that jaywalking is what they focus on? I’m guessing the answers are “Yes” and “No” respectively.

Compare the jaywalking police to an instance I witnessed this past July here in Iowa. The tiny town of Solon was having their “Beef Days” festival, a celebration of… well, I think it’s self-explanatory. Anyway, the city blocks off all the downtown streets, a carnival company sets up rides for kids, and local restaurants create makeshift grills and bars on the sidewalks. There’s a designated drinking area, and police mill about keeping an eye on everything.

And when someone took a drink outside the designated drinking zone?

The local police shooed them back behind the line with a smile and kindness. There were no frowns, no nightsticks, no tickets for daring to set foot outside the roped area… The police weren’t there to take advantage of a situation and make money off citizens, they were there to make sure everyone was safe in their revelry.

The police also handed out copious amounts of stickers to kids. “Badges,” they could wear on their clothes. My two kiddos are always happy to receive them, and usually end up putting them somewhere on me.

(Translation: “I put a sticker on Daddy’s butt!” Hilarity ensues.)

The police (and members of the fire department) here always have outreach booths at local festivals. They try to interact with the public, not set up a barrier between them and the people they protect.

Moving on… my neighborhood has been targeted by several different ice cream trucks during the summer months. On any given day of the week, you’ll hear a faint repetitive tune in the distance grow ever-louder as the truck makes its way to you. Over time, you learn to discern which truck has the has the sugary, fattening treats you desire the most. That way you can make your way outside when it’s on your block.

(Learning the songs also allows you to close the blinds when the less-than-stellar ice cream trucks are around; shunning them like Mormons ringing your doorbell.)

Once, while on a walk and a half-dozen blocks from our house, we stumbled upon my kiddos favorite treat-truck. Of course my kids had to HAD to HAD TO have something, so we ordered up.

It was overcast when we started our walk, but according to the “When you’re right 20% of the time, you still earn a full paycheck!” meteorologist, rain wasn’t due for several more hours. Unfortunately, mother nature doesn’t take her cues from what people on TV say, so she started pelting us with raindrops right then and there.

I’m obviously not naming the service here, because I’m guessing what she did was illegal. There are insurance liabilities and I’m sure numerous other rules and regulations against civilians on a working vehicle. But in Iowa, sometimes rules don’t matter. When you see a family with two tiny tots in tow, you help out if you can.

Continuing on: every playset in the neighborhood has always been open-access to every kid in the neighborhood. Before we had a trampoline or swings, my kids were told by people we didn’t even know, “Sure, they can play here!” There was no worrying about a kid getting hurt and suing, because allowing kids to be kids is just neighborly. Maybe someday, some sourpuss loser will ruin it for everyone by bringing lawyers into the mix, but it hasn’t happened yet.

My final “Iowa wins” story involves a trip to the local True Value. I was buying… I don’t remember. A hammer? Hardware stuff.

Anyway, I got in line, and the person in front of me was trying to pay using an app on his phone. Unfortunately, something wasn’t clicking. The phone wasn’t communicating with the terminal, and payment wasn’t being accepted.

The man didn’t have his wallet on him; he was camping, discovered he needed whatever he was purchasing, so he’d jumped in the car specifically to come grab this one item.

The cashier told the man to give his name and phone number, take the item, and come back when he could. She’d call him if he didn’t come back as it was getting close to closing time. The man was overjoyed, and said he’d be back in an hour or so. He took his item and left, and the cashier took him at his word that he’d return and pay.

Maybe this all seems folksy and lame, but I don’t care. Iowa is a damn fine state, full of damn fine people. Yes, it went for Drumpf in 2016, and Steve King has been in office forever and a day, this despite his being a racist and horrible human being on every level. Iowans aren’t perfect. But we went for Obama, twice, and flipped two districts in 2018. So we’re not all rubes.

And culture makes its way into our borders. I’ve caught the touring troupes belting out both The Book of Mormon and Hamilton here in corn country, and while we don’t get all the concerts, OK Go, Taylor Swift, The Foo Fighters, and Metallica have all brought their tours through. Maybe we don’t get stadium shows–I’m looking at you, U2 and Bruce Springsteen–but we do OK music-wise.

When you consider our schools, the cost of living, entertainment options, dining options, our neighboring states with NFL teams to root for (without the taxpayer burden of subsidizing their coliseums), and the fact we legalized marriage equality before the rest of the country did, I think Iowa can stand tall against pretty much anywhere.

And we have clean air.