A Love Letter to “Toxic” Masculinity 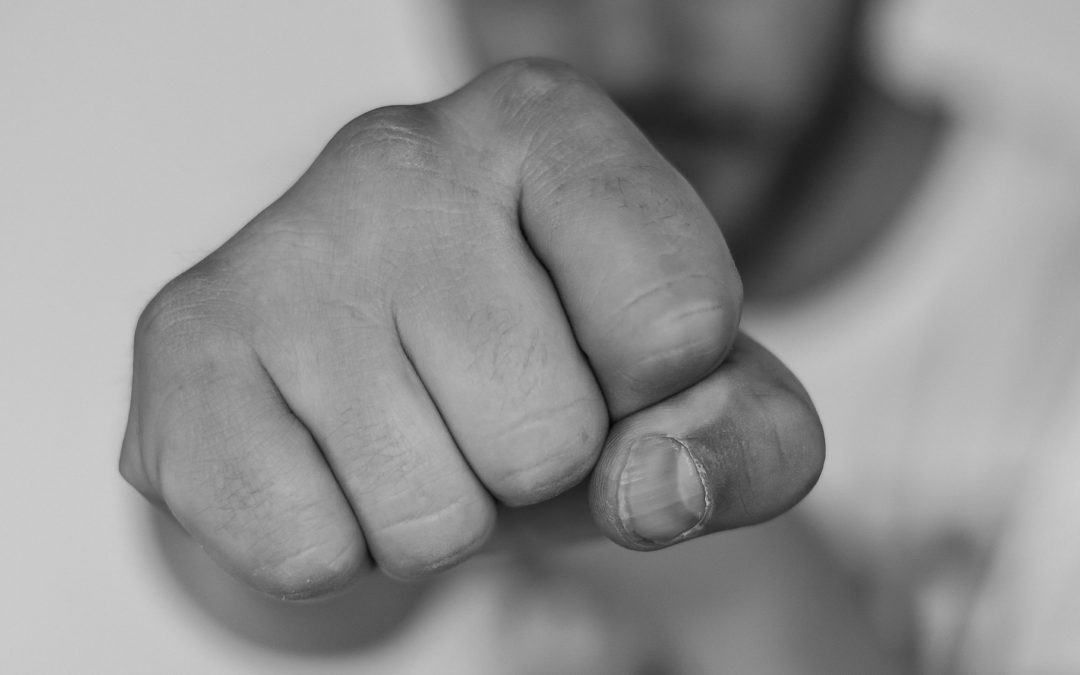 I’ve only been in one fight in my life.

I don’t remember exactly when it happened—eighth or ninth grade… maybe tenth? Somewhere in there.

The fight took place during gym class; we were playing flag football.

At one point, something happened.

A kid named Scott took out a friend of mine. Maybe it was a cheap shot; maybe he tackled him even though we were technically playing flag football. Whatever it was, it was quickly decided that I was supposed to “kick Scott’s ass” in response.

A quick side note: Scott came from the wrong side of the tracks.

I don’t know his personal story; I’m not sure I ever did. He was labeled a dirtball, and that was that. In Breakfast Club terms, he was John Bender.

(If we’re keeping track, I was probably Brian Johnson, the Anthony Michael Hall character. A nobody.)

Anyway, there was a general consensus that I was going to be the one to settle Scott’s hash—to get retribution for my buddy. I don’t remember having a say in the matter, but I also don’t remember being against the idea.

Everything started as we were walking from the field back to the locker room.

The next thing I knew, Scott and I were face-to-face and a group had circled us. Either Scott had been held up so I could catch up to him, or I had been shoved into him, but before I knew it, it was go time.

Scott got in the first punch.

I was standing there in what I probably thought was a “boxing pose,” but in reality was awkward and dorky: fists out front; scowl upon my face.

The next thing I knew, one of Scott’s fists had connected with that scowl. I hadn’t even seen the punch coming.

I had the very clear thought, “So that’s what getting hit feels like. That didn’t even hurt.”

It was the first time I’d ever been hit.

Sure, I’d seen plenty of fisticuffs in movies and on TV, but I’d never experienced it. In works of fiction, punches either knocked a person out, sent them flying, or dropped them to the floor…

Being from the wrong side of the tracks, Scott had been in a multitude of altercations. Not because he existed in a world of violence, but because he was always getting picked on. Scott had learned to fend for himself—he knew how to throw a punch or two.

Meanwhile, I was just some doof that everyone figured was going to “Kick Scott’s ass.”

Scott had struck quickly and gone into a defensive mode, expecting me to react. When I didn’t, he hit me again. This time Scott hooked across my other cheek.

That woke me up.

Like the first punch, it didn’t hurt, but it made me realize I shouldn’t just stand there like the world’s dumbest punching bag.

By then, I noticed everyone looking at me somewhat incredulously: “Um… are you just gonna stand there and let him hit you, you moron?”

Not knowing how to box, I tackled Scott. I threw him to the ground, and sat on his chest (which pinned his arms), and started wailing on his head.

I remember seeing our gym teacher, Ed Rux, in the circle of people watching the fight.

He wasn’t intervening, he was watching. Ed was old school, though he might be considered a dinosaur in modern terms. Then again, I’m sure there are many men like him peppered throughout the states even today.

And I cannot lie—that thought makes me happy.

I’m not nostalgic for “the way things were,” but I do like balance. As one side pushes for people to act a certain way, I like the idea others are out there pushing back.

(It probably doesn’t need saying, but this doesn’t apply to things like racism, sexism, or homophobia. I’m not calling for a return to the days of Father Knows Best  or Mad Men.)

Ed also “taught” history, I suppose to give him something to do during the off season. The only thing I remember about his class is he didn’t so much as teach as he gave lists for rote memorization: “There were three reasons for World War 2. There will be a test where you must know these three reasons.”

Only after I got to college did I come to understand that WW2 was a little more nuanced than “three reasons.”

World War 2 was simple to Ed Rux, because complexity was not his specialty, and history wasn’t his focus. It was a placeholder; something to do after football season.

Anyway, when it looked like the fight wasn’t going anywhere—I had Scott pinned, but didn’t know how to Mortal Kombat his ass and FINISH HIM—Ed stepped in and put an end to everything, shooing everyone to the locker rooms.

Maybe he did this because things had gotten boring, or maybe it was because the fight had gone on for too long. I suspect Ed had enough wits about him to realize the optics of the situation. If another teacher saw him let two kids fighting, well, that would be “no bueno,” so to speak.

In the locker room, everyone changed out of their gym clothes, showered (because back then you actually showered at the end of gym), and as I was leaving for my next class I heard “Timmel!” bellowed.

Ed Rux was sitting in his office.

I made my way to the doorway, and he eyeballed me.

“Got a pretty rosy cheek there,” he said, arching an eyebrow.

I rubbed it unconsciously; I didn’t even realize I had a mark on me. I felt no pain at all.

No one was in trouble; I wouldn’t be getting detention.

At the time, I didn’t think much about Ed Rux. Looking back on him as an adult, I’m glad I got to spend a year observing him and his ways. While I’m not a fan of violence, I’m thankful I got in one fight in my life. I don’t want to get in another, but having one under my belt—especially at an age where the damage done to one another was minimal in nature—was Goldilocks: just right.

I read an article stating a university wouldn’t stand for toxic masculinity, and then went on to describe male behavior in bars: being aggressive, touching women without their permission, and asshole nonsense like that.

I agreed with every statement in that particular article.

Then I read an article that asked, “Why do we even put the word ‘toxic’ before ‘masculinity?’ Isn’t masculinity alone toxic?”

It made me roll my eyes so hard they hurt.

Were he alive today, Ed Rux would probably fall under the “toxic masculinity” umbrella, but I think he understood something we might be lacking in today’s society: mollycoddling kids leads to their downfall.

My senior year, my friend Mark and found ourselves dateless on prom night. We did what any teenage idiots would do in such a situation, and went to a party and got hammered. Following that we then thought it would be a good idea to crash the prom.

While there, I bumped into Ed Rux. Literally, stumbled into him in all my drunken glory. Ed eyeballed me, shook his head, laughed at me, and kicked me out of the prom.

Think about that a moment.

He laughed at me, and shooed me away from the celebration.

He could have reported me, had me arrested, and threw a huge wrench into my teenage life.

He knew I wasn’t hurting anyone (but myself, maybe), and that heaping punishment on a teenager having a few (or way too many) beers did nothing to further that teenager’s development.

Just like he believed that if two kids need to throw a couple punches to get some shit out of their system, so be it.

Not all masculinity is toxic.

Sometimes it’s just a part of what it means to grow up and become a man.

Like this? Check out I Was a White Knight… Once on Amazon.