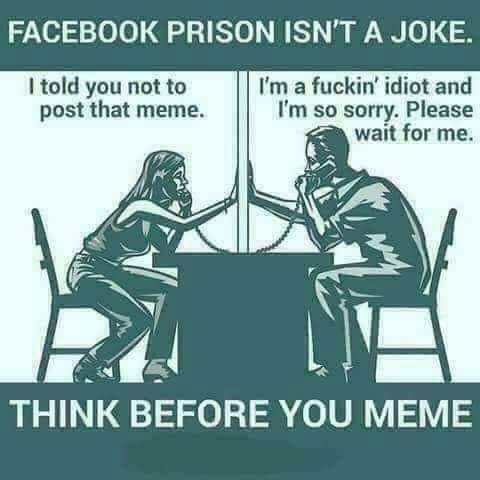 Whenever I get put in Facebook Jail, the first question I get is: “So, what’d you do this time?”

The short answer is always, “Nothing.”

The long answer is that Facebook’s algorithm blows goats, and their overworked (and probably underpaid) moderators are trained to delete everything, “just in case.”

The thing that sucks about Facebook is the fact we are users, not customers. Therefore, there is no such thing as customer support. We are at the whims of Zuckercorn’s monster, and while I’m not going to shake my fist at the wind, I will say that crap algorithms and apathetic employees are why people get banned for…

I could go on and on, really.

It wouldn’t bother me so much if not for the hypocrisy.

Below are two pictures. One got deleted from Facebook the instant, and I mean the very instant I posted it. I’ve never seen anything rejected so quickly. I hit “post” and the very next thing I saw was a pop up telling me I’d violated Facebook’s “community standards.”

The other picture has been on Facebook for over 3 months.

I’d ask you to guess which one Facebook finds naughty, but I have to give you a big clue first: one picture has been censored here, by me, for this blog. Ready? Good, here are the pics: 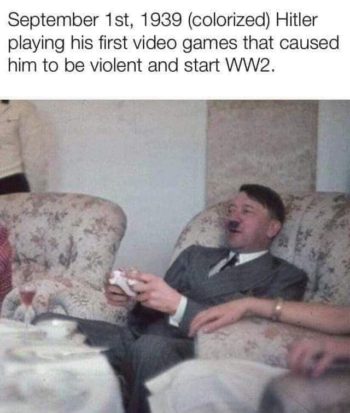 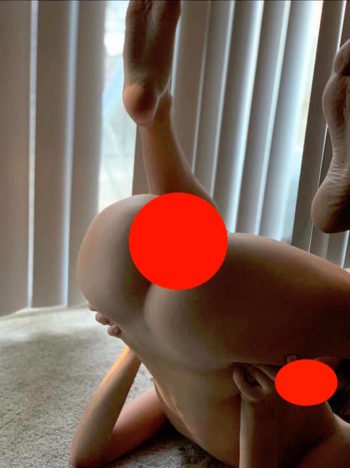 If you said, “I bet the satire was censored, and the graphic, uncensored pornography is still on Facebook,” you’d be dead on, 100% correct.

Now, I get Facebook’s algorithm seeing Hitler and over-reacting.  “OMG, I’m just a computer program! I recognize that as a picture of Hitler! It must be Nazi propaganda!”

The problem is with the appeal process.

Any person with an IQ over 75 would see the picture and recognize it for what it is: a joke.

Also, and this is just sort of an aside for folks not in the know: I’ve gotten notice for posting “inappropriate” things in both private groups filled only with my close friends, and for things I’ve said in Messenger.

You’re being watched everywhere. Nowhere on Facebook is private, especially not your personal data.

Look, I get it. My sense of humor isn’t for everyone. I’ve been in Facebook Jail before and will be there again.

But Jesus Fucking Christ, the next time I go, can it please be for something I’ve actually done wrong, and not just because one of the most popular websites in the world is run arbitrarily and poorly?