Cobra Kai is the Best Show on Television 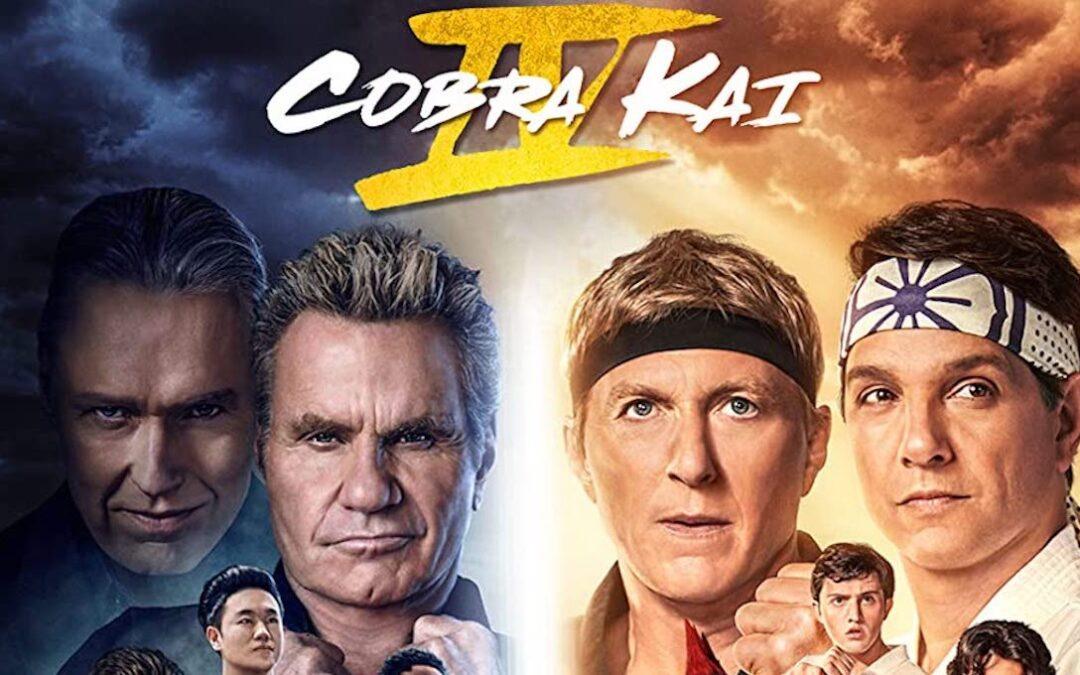 As a member of Gen-X, it’s a somewhat odd accomplishment. The first two films were blockbusters, with the original adding multiple quotes—wax on, wax off—to popular culture.

I tell you this, so you know going in that I’m not gushing because I have Ralph Macchio posters on my wall and original Mr. Miyagi collectible figures still in their boxes because of the films.

In fact, when it was announced that a show featuring current day version of Karate Kid characters was going to be on a show called Cobra Kai, it wasn’t on my radar. A tv series based on movies I’d never seen, premiering on YouTube? Didn’t grab me.

Cobra Kai got great reviews, though, and for a while everyone was talking about it. Thus, I succumbed to peer pressure and gave it a shot.

What a great decision that was.

Why? Not because of the plot, cinematography, action sequences, editing, or anything like that.

The show is fantastic because of character development. So much so, it should be a case of art influencing life, and how we react to and treat others.

Every single character on Cobra Kai a multi-layered, complex human being.

They’re all given an important backstory in order to explain why they are who they are. There is no simple, “this is a good guy, this is a bad guy” approach to writing.

Most importantly: every single character on the show is shown to be redeemable, something that’s lacking in society as a whole today.

We live in a divided age, where we all make snap judgments based on limited information.

I’m on TikTok, and have two videos that have done exceedingly well. In one, I discuss something good my parents did. When I was a child, they told me that there was nothing wrong with members of the LGBTQ community, and that gay was “OK.” Love is love, and all.

In the other video, I reveal the time my dad admitted that I was an accident.

On the LGBTQ video, scores of people praise my parents; “What good parents you had!” “OMG, you were raised right!” “Your parents are the best!”

This from a 60-second video containing one snippet of information about me.

On the “accident” video, the scorn for my father is unparalleled. “You should cut him out of your life.” “What a toxic human being!” “Never talk to him again!”Again, these are judgments made off a 60-second video; a single moment out of all the years I’ve lived.

The truth, of course, is somewhere in the middle. My parents did the best they could. They got some things right, some things wrong.

But on TikTok, what you see in the moment is someone’s defining nature. I am judged not by the aggregate of all my videos, but by what I am posting in any given moment.

I posted a lighthearted joke about Donald Trump, so Trump fans were angry and said, “Oh, so you love Biden? Go to hell!”

Thing is, I don’t love Biden. I have no Biden flags above my house, and own no Biden T-Shirts to wear in public.

On another video, I was insulted by a man who finished his rant with, “I bet you love Trump, ugh.”

Two videos, two different people making two wildly different assumptions about who I am as a person.

(And neither one of them completely accurate.)

TikTok parallels how we react to stimulus in the real world. We’ve become a binary society; you’re either team A, or team B. There can be no overlap.

Aaron Rodgers calls out a fan who yelled “Muslims suck,” and he’s lauded as a compassionate, thoughtful quarterback. A few years later he says silly things about vaccinations, and he’s demonized. All his good is forgotten with a Thanos snap of two fingers.

Liz Cheney votes for Trump policies 93% of the time, yet the instant she stands up for democracy and refuses to lie about the 2020 election, she becomes a hero to the left. Even more interesting, she’s banished by her Republican peers. Even more strange, Cheney was replaced as Conference Chair to the Republican party by Elise Stefinak, someone who only voted with Trump 78% of the time.*

Since Stefinak was fine with spreading lies about election 2020, Republicans had to love her, despite her inferior voting record.

Life has become a moment to moment “what have you done for me lately” existence.

We are so judgmental, that whatever limited information we have, be it from a 60-second TikTok, or any quote taken out of context, tells us everything we need to know about someone. We don’t care about their background, or current situation.

What people did yesterday doesn’t matter, and no one shows any potential for tomorrow.

Which brings us back to the best show on television (outside of South Park), Cobra Kai.

Yes, the acting is cheesy. The cinematography is bland, the direction unimaginative, the fight sequences less than stellar, the plots unrealistic, and the editing questionable.

But the characters are fully developed people. Just when you think you have a bead on one, you’re upended. Good kids grow into bullies. Bullies seek redemption. Good guy characters get stuck in stubborn, blinders-on ways, and “bad guy” characters are shown to have endured hardships that formed their personalities.

Because we understand these characters, we forgive their flaws.

Just like we should those we know nothing about in real life, yet judge with a lightning-fast immediacy.

It a bizarre way to live, and I doubt sustainable.