Inside the Comedian Mind, Part Three: What’s Taken to the Stage 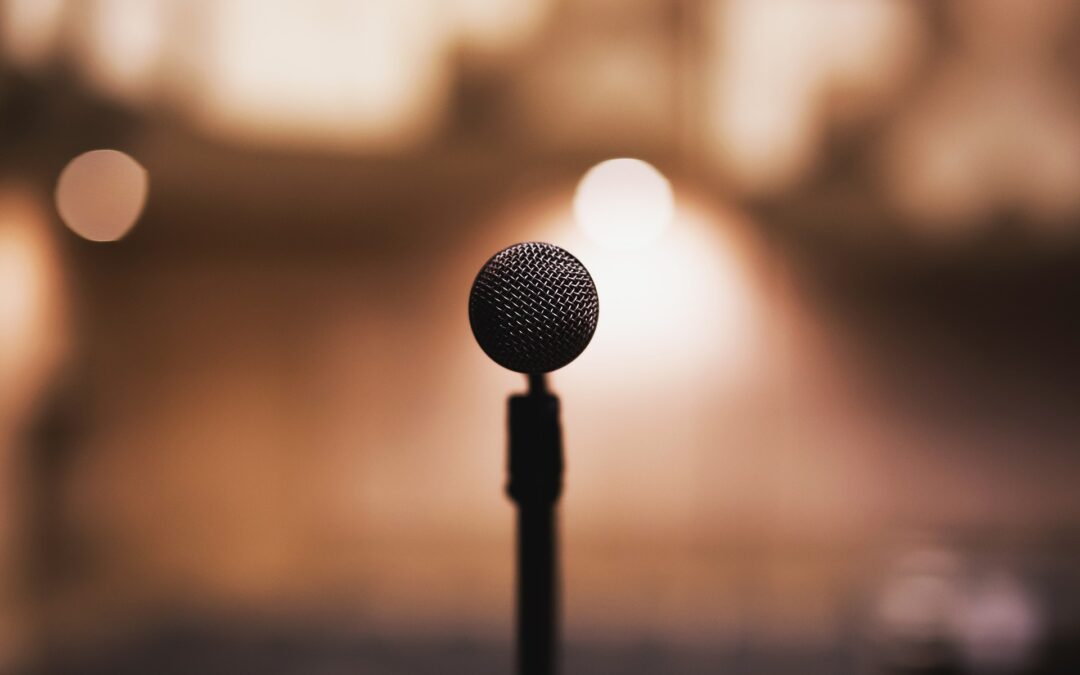 When someone finds out I’m a comedian, one of the first responses I get involves the idea that the person I’m talking to might end up in my act.

It can come from a positive or negative point of view; it’s either, “You can use that!” or, “Oh boy, you’re gonna talk about me on stage, aren’t you?”

In part one of this series, I said jokes just pop into my head. Conversely, sometimes they don’t. Sometimes my mind is a complete blank. Case in point: I had a colonoscopy in January. A tube with a camera turned me into a walking example of Led Zeppelin’s eighth album.

You’d think I’d get some comedy out of that, right?

Not a single joke. If there’s funny in there, I didn’t find it. To me, it was a normal, and therefore boring, medical procedure. I went in, they put me to sleep, they stuck a camera up my keister, took pictures, then woke me up and sent me on my way. End of story.

If I wanted to, I’m sure I could invent something silly; lie about what happened in order to be comical. But that’s not my style. Point being, if I don’t get anything stageworthy out of an event involving my butt and a camera, chances are I’m not going to find anything funny about your life. Which means if you’re the worrying type—”Oh boy… you’re going to tell that on stage, aren’t you?”—there’s a good chance you’re safe.

(Unfortunately, it also means that if you’re excited—”You can use that in your act!”—you’re gonna get letdown when I don’t.)

The other aspect of day-to-day life is: the funniest moments there are take place situationally, and personally. Unfortunately, “personally” is difficult to make universal. The things that are the most funny in life are so personal, so microscopic, that they’d take too much explaining on stage.

My good friend Bryan was getting divorced. Not by his choice, mind you; Bryan’s wife had informed him she no longer wished to be married. Bryan was heartbroken. So much so, he did what many a heartbroken man before him had in similar situations: walked away from everything. There would be no fighting over assets, no battles with lawyers. She could take everything, including their home.

Thus, Bryan was invited by our mutual friend Baxter to rent a room in his sister’s house.

(Baxter lived in the basement.)

Devastated, despondent, and having nowhere else to go, Bryan accepted Baxter’s offer. Together, the three of us took the meger boxes that represented Bryan’s life and moved them in.

His shoulders slumped in defeat, the weight of the world weighing on him, Bryan looked over the tiny, empty room that would be his. This is what starting over at the bottom looked like. He’d once had a house filled with furniture and memories. Now he had a rented room.

Baxter and I stood in silence, allowing Bryan to absorb his surroundings, giving him the opportunity to come to terms with his life. Bryan meandered around the room. He looked out the window; he shuffled his feet across the well-worn and slightly stained carpet. At one point, he made his way to the closet. Might as well open the door and peer inside, right? See if it contained any “hope for the future” within.

As he opened the sliding closet door, it came off its track. Not with a thud or a crash, just a gentle slip that caused the door to jam slightly.

Bryan paused. He looked at the door forlornly; just another thing in his life that had gone wrong.

“Door’s broken,” he whispered to no one in particular. Bryan wasn’t complaining, he was beaten. After everything that had happened, this was just another one of life’s “take that, sucker” moments.

After speaking, Bryan looked to Baxter. Though he hadn’t asked for the door to be repaired, it was Baxter’s house, meaning (in some unspoken way) repair was his responsibility.

There was half a pause, and then Baxter, somewhat irritatedly, asked: “Who am I, Schneider?”

With those words, he turned and walked off.

I don’t remember what happened next. I either stood there trying not to laugh, or I burst out in hysterics. To this day, it remains one of the top five funniest moments I’ve ever experienced.

Chances are, you didn’t laugh while reading it just now, and for multiple reasons. Maybe you have a soul and felt empathy for Bryan. Maybe you didn’t get the reference. But for me? Jesus, the juxtaposition of Bryan’s heartbreak and Baxter’s complete indifference, combined with a either-you-know-it-or-you-don’t nod to a sitcom from two decades earlier…

To me, the stars had aligned in that moment.

So there you have it. I can’t speak for all comedians, but I can safely assure you that meeting me doesn’t guarantee you’ll end up in my act. Either nothing will come to mind, or it’ll take too long to explain and have precious little payoff.

Which means, as said, you’re either safe, or in for a letdown.

Did’ja know you can listen to me sling jokes on Spotify?

Image by freestocks-photos from Pixabay