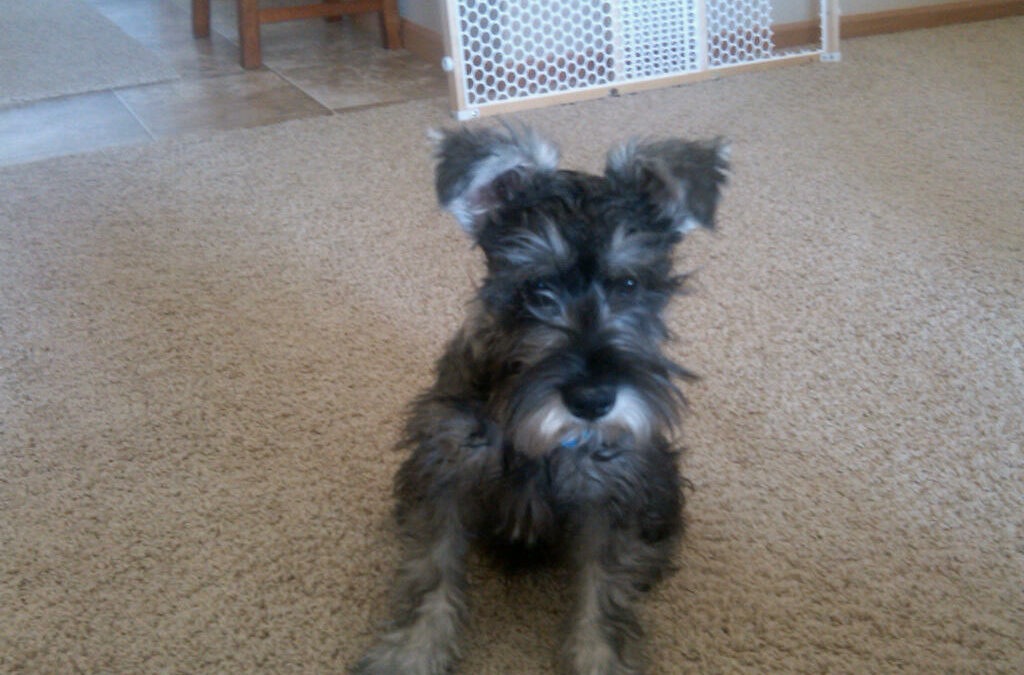 I knew it’d be something simple that got me.

My son and I were playing with trains in the basement. When we finished, I opened the door and turned the corner to head upstairs. As my foot landed on the first step and my eyes narrowed in on my destination, for a moment—shorter than even a second—my mind clearly saw my dog Kitty waiting for me at the top of the stairs.

I wasn’t taken aback. I wasn’t surprised. I was immediately sad.

The instant I saw Kitty I knew it was a mirage; something created entirely in my mind. Kitty was waiting for me at the top of the stairs because I’d grown so accustomed to the sight, not because he was still alive.

Not because he was actually waiting for me.

Kitty imprinted on my wife and me like nobody’s business.

On the ride home from the breeder, he’d cried and licked his new Mommy’s hand the entire drive. Once home, he wouldn’t leave her side. When I showed up, he nibbled on my toes and then refused to leave my side. If he was asleep, and I went from the living room to the bedroom, he’d wake up and follow me. He was literally a shadow to us: continually underfoot, constantly making sure he wasn’t being abandoned.

(He was the last to leave his litter, something that clearly had an effect on him.)

When Kitty was a puppy, if my wife or I went into the basement he’d sit at the top of the stairs and cry. We’d have to carry him down to be with us. Even if we were only going to be gone for 30 seconds, it wasn’t worth it to leave him on his own. The crying was torture, so we avoided it by keeping him happy and under foot.

As an adult, Kitty would follow us down the stairs. If we went down and turned around and came right back up, he didn’t mind. There was no complaining, no “WTF was that for? Did you forget what you needed?” He’d just trot down the stairs and right back up them again. Being next to us was what was important.

When he went blind, Kitty stopped navigating the stairs.

It didn’t matter anyway; he couldn’t be in the basement because he’d lose all his bearings and pee on the floor immediately.

Thankfully, he’d long since stopped crying when waiting for us to come back up. He knew there was no escape from the house through the basement. Though we weren’t in the same room, we were still somewhere under the same roof as he was. Kitty would lay down, droop his chin over the top stair, and patiently await our return.

When he heard the basement door open, he’d stand in excitement and his little nub would begin wagging. Walking up the stairs, I’d stop and pet him as I reached the top. I’d have to talk to him, soothe him and ease his anxiety: “I’m here. I’m back. You knew I’d come back.”

Because he always wanted to be next to us, we knew that’s how his life had to end: next to us. Being held by us.

As he aged, Kitty powered through his diabetes and twice-daily insulin shots. He navigated the house and yard the best he could after he went blind. Eventually, he couldn’t climb onto the bed at night, so we’d pick him up and set him down between us to sleep.

When he became stricken with Vestibular Disease, it was too much to bear witness to. Kitty’s head suddenly cocked to the side because he’d lost his center. He couldn’t make his way around the house he’d known for eleven years, and he’d walk in circles.

It was time to end his suffering.

The thing I’ll always remember is how quickly his tongue turned to ice.

When we arrived at the veterinarian, my wife carried Kitty in from the car, cradled like a baby. When we got into the room, we both lost it. The tears began and didn’t let up. Snot flowed from my nose, and I heard my wife sniffling up a storm herself.

We draped Kitty across our laps; the assistant said we could put him on the table if we wanted.

“That’s fine,” my wife responded through tears. What’s the harm in a little pee when comforting a loved one?

Kitty’s head was on my lap, and after the sedative was injected, he started drooling. He tried licking the drool away, but his tongue wasn’t working all that well. Eventually, he just lay there with his mouth agape, his tongue resting across my wrist.

After the vet administered the final injection—the one to stop his heart—I knew he’d passed before she told us. She put on a stethoscope and listened for a heartbeat, but within seconds of the injection his tongue had gone cold. His blood had stopped pumping, and Kitty as we knew him had departed a good ten seconds before the vet said, “He’s gone.”

We put Kitty on the table, took turns kissing him goodbye, then walked somberly to the car. My wife offered to drive because I was inconsolable; I actually apologized for not being able to support her emotionally through the moment. I was by far the bigger mess.

I’ve read about people who drop their pet off and leave, because they “can’t handle it.”

The last thing Kitty got to smell was our scent.

The last thing he felt was his mom and dad petting him gently.

He wouldn’t have wanted it any other way.

Click here to read of better times with Kitty. 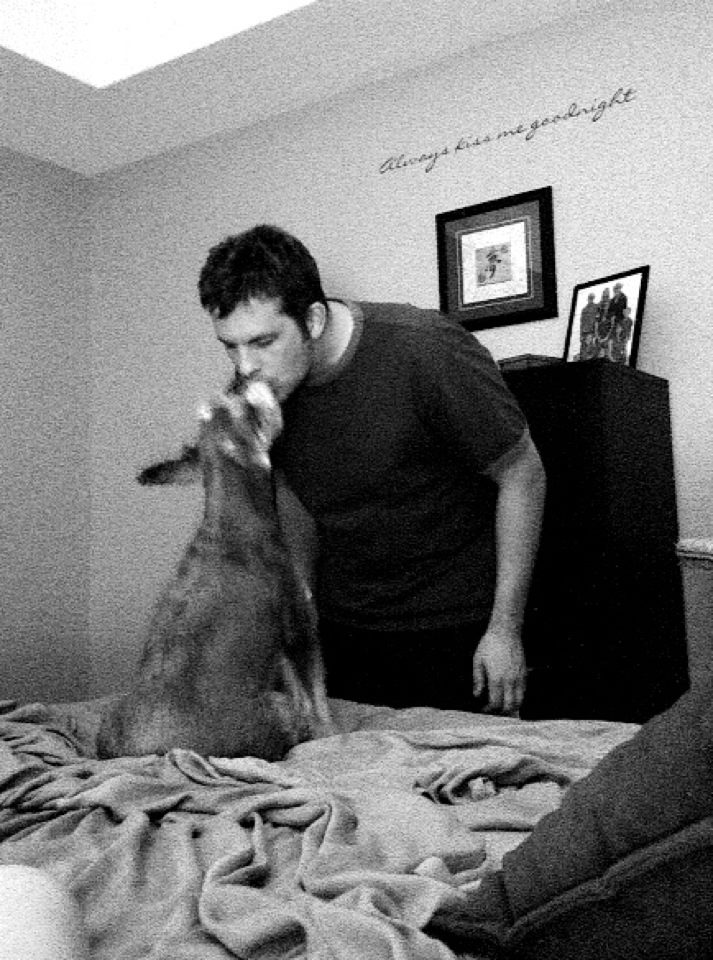