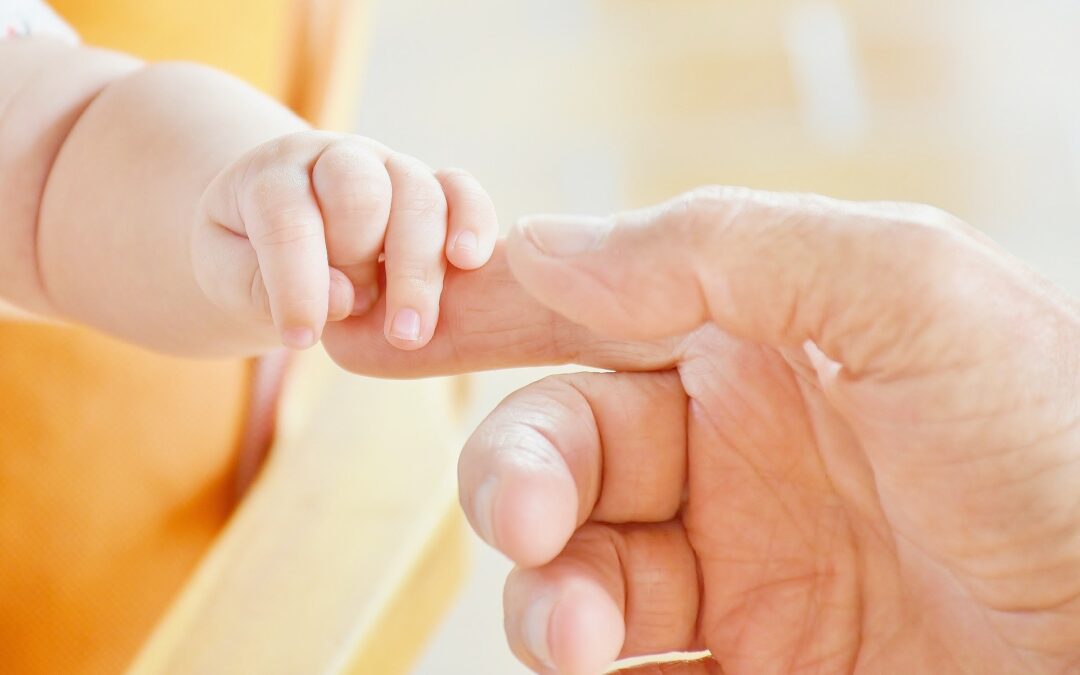 When it was time to start our family, my wife and I made a discovery: we couldn’t make babies the old fashioned way.

My wife wasn’t ovulating. Her eggs, though healthy, wouldn’t pop out of the ovary and into the fallopian tube for fertilization. My sperm, for that matter, couldn’t fertilize anything even if they found an egg. Sperm needs to be plentiful, and a specific shape. Great numbers, because so many don’t make the the entire journey to the egg. Pointed heads, because they need to pierce that egg in order to create an embryo. My swimmers had flat heads. They could bump up against an egg all they wanted, but had no way to enter.

(Personally, I’m not so sure about the “couldn’t” part, and think maybe it was a “wouldn’t.” I’d like to think my sperm had my back. “Kids? Kids that throw up in your bed at 5am and poop out of their diapers and are booger-factories? Yeah… we’re good without that. We’ll hang here outside the egg.”)

Our hospital was able to harvest twenty eggs, and fertilize eleven thanks to a process that used a needle to place my sperm directly into the egg for nestling. My wife and I were exceedingly lucky; three transfers became two babies. There are horror stories of couples attempting cycle after cycle and going tens of thousands of dollars into debt, and we were fortunate to avoid that scenario. My wife has rock solid insurance, and we only had one transfer, our first, fail. After that we were given a daughter, and the very first attempt for our second child provided a son.

During the process, we inserted one embryo at a time, because neither of us were interested in Octo-momming our way to a Brady Bunch from the starting gate. Since the math on IVF is never one-to-one—some embryos don’t survive the thaw, others don’t mature properly—we had three healthy embryos remaining. Three embryos, in deep freeze, waiting.

But waiting… for what?

Though my wife and I couldn’t get naked and make babies, we still had the ability to create children with our genes. There are couples out there for whom biological babies aren’t an option. With embryo donation, we could give our baby starter kits to a couple, allowing them to create the family they longed for. We would be granting hope to people bereft of it.

My wife and I didn’t donate to be generous, and we didn’t do it for good karma. We did it because it was the right thing to do. We had the ability to help someone, so we did. End of story. Knowing how difficult our meager struggle was, we could only imagine how painful it would be for someone in a worse predicament.

If the decision to donate was step one, picking a home for our embryos was step two. That was was a doozie.

We wanted to take part in “known adoption,” not just throw our embryos to the wind. For my wife, she didn’t want to live with the wonder: did my embryos create life? Will I pass my biological child in the grocery store someday and not know it? With me, I worried about my child losing the Alabama-lottery. I didn’t want either of my kids to wander into a bar in twenty-some years, meet someone they were instantly attracted to without knowing why, and… well, you get the drift. A one in a million possibility, but hey, I want to protect my kiddos as much as absolutely possible.

My wife and I were put in touch with a small agency designed to match donors to recipients. A boutique agency, if you will, as opposed to “Donating Embryos Inc.” I was surprised to discover that matching embryo donors and recipients can be quite the little niche business. There’s profit aplenty to be had off desperate people, which I find repulsive. I understand a finder’s fee; I’m not so keen on meeting sales goals. My wife and I wanted something small and personal; nothing “corporate.”

Once signed up with the matchmaker, a new wrinkle appeared in the process. People are judgmental creatures; studies show we make snap decisions about others in the blink of an eye. We judge by appearance, speech patterns, hair color, eye color, skin color… anything and everything we can. I didn’t realize how quickly (and possibly unfairly) my wife and I dismissed possible recipients. To put it bluntly: I’d swear the first list of offerings we saw was straight from the “People of Wal Mart” website.

Am I horrible for saying that?

Am I going to hide it and pretend to be a better person than I am?

Replace donation with online dating; Tinder is based on swiping left or right on a snap judgment. That’s what this felt like: Tinder for Parenting. For every “maybe,” there were a handful of immediate “NO” reactions. And the “maybe” was never strong, it was just “well, in comparison to…”

Some were easy. There were the couples who had children from respective former marriages, but wanted to have their own kids together. To us, someone trying for their first baby took precedent over someone that already had children to love. There were the couples, and again forgive the honesty, who were recently married and looking to start their families in their late 40s and early 50s. Was it ageist of us to pass them over? Yes. Did we do it anyway? Yes.

We felt ugly; judging others is never a positive feeling. Going back to my “People of Wal Mart” analogy: when you look at that site, you have an innocent chuckle because someone is dressed inappropriately, or has crazy hair. But when you see someone on an “I need an embryo to start my family” website, you know there is love, hope, and longing behind the inappropriate clothes and crazy hair.

Fortunately, my wife’s therapist came to our rescue. She put into words what we could not: we wanted someone like us. Not too young—“I’m 19 and want to start a family!”—not too old (“55 and infertile” may make for a great headline on “CougarsOnly-dot-com,” but not on a fertility website), loving, and progressive. If your bio read: “We’re a loving heterosexual couple, just like the bible wants!” you could expect to be passed over.

(We were not offered any same-sex couples, but that could have been the direction we went had one arose.)

Eventually, we settled on a nice, middle-class, Midwestern couple. The wives clicked immediately in areas only women click in, and the husband and I clicked in our male disinterest in conversation and all things touchy-feely. They’re such nice people, we even forgave them for being Vikings fans.

(It could be worse; they could like the Bears.)

This “connection of the couples” first took place one year ago, in November, 2014. It was followed by months of medical exams, psychological exams, lawyer-reviewed contracts, medical testing, and money-raising. Our recipients, sadly, do not have the same rock star insurance my wife does. Fortunately, we chose them for their personalities, not their bank accounts.

All in all, our embryos seem to have found a good home.

Here’s to hoping that home soon houses a family.

Image by RitaE from Pixabay