Stormy Daniels: Cashing in Any Way She Can 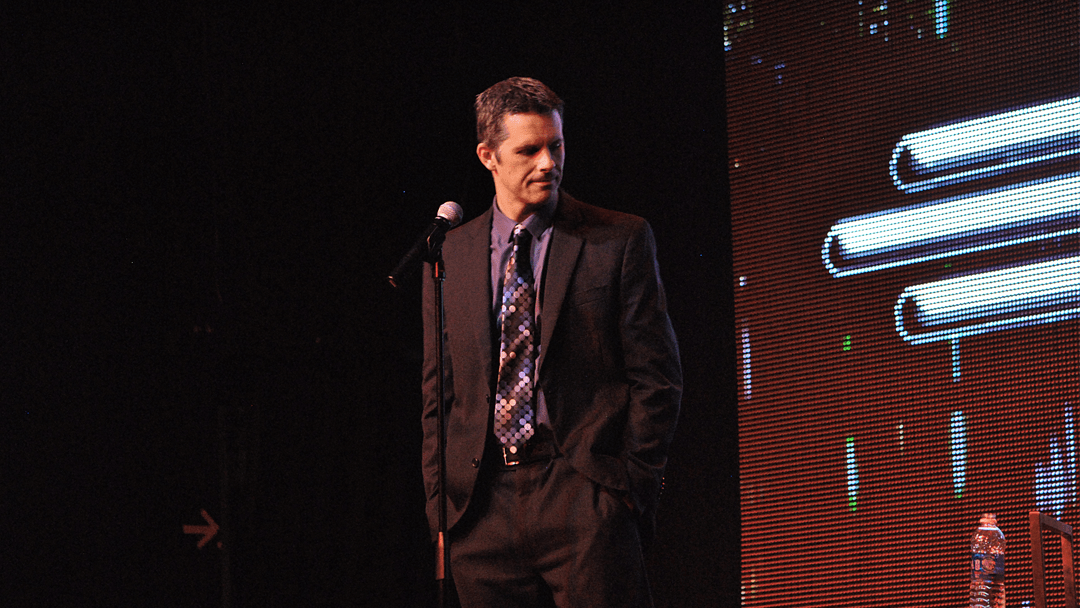 Rodney Dangerfield said he didn’t get any respect.

It was his most famous hook, and mostly a lie. Everyone respected Rodney…

…but only after he was famous.

To be fair, the phrase was born in honesty: stand-up-comedy as a whole isn’t respected. It’s the only art form where heckling occurs.

There’s an old line, “You never see anyone bring a guitar to a concert and start playing back at the band.” Meanwhile at comedy shows people yell out whatever enters their pea-brain. That doesn’t happen at the theater.

Even worse than heckling, however, is the fact stand-up comedy is the one thing anyone thinks they can do.

Returning to the guitar analogy, no one grabs a guitar for the very first time and says, “Time to get on stage and get discovered!”

In Los Angeles, however, actors and actresses are told that very thing. Showcases are chock full of people whose agent barked, “Get to an open mic and seen!”

Which I understand; LA is about image.

In Los Angeles, every studio and network looking for the next person who can play the kooky neighbor, the weird boss, or whatever slot they need filled. But they’re not looking for actual comedians. New York City is for comedians. Los Angeles is for actors. I learned that my first week in California.

I was at a showcase, and an actor a few years removed from an extremely popular television show was going up that night.

“This should be good!” I thought.

It was anything but good.

But there he was, trying to reboot his career and taking stage time away from aspiring comedians. He was a celebrity, and that’s all that mattered to the club promoting, “Look who we have on stage!”

Several years later, that man made national news for shouting racial slurs at a heckler. Everyone was shocked; “How could Kramer do such a thing?”

I was surprised by his response, but not by the fact he floundered. As a comedic actor, he was unparalleled. As a stand-up-comedian, he was awful.

Anyone and everyone who has an itch should try their hand at an open microphone, but “celebrity” shouldn’t automatically grant you a paid slot. Unfortunately, celebrity comedians don’t just get showcases in Los Angeles, they get actual gigs across the country. A celebrity two months into their comedic career can get booked on a gig before an unknown who has cut their teeth for years.

Which brings us to Stormy Daniels.

Stormy is apparently embarking on her first comedy tour, and I cannot shake my head enough at this revelation.

She’s not the opening act, or host of the show, she’s a certified “Special Event.”

Should she be a special event at a strip club? Absolutely. That’s her world.

But, like Michael Richards, before her, I’m not sure what a celebrity who has never told jokes before brings to the comedy stage.

The problem with stand-up comedy is that there’s always a flavor of the week hitting the road under the “comedian” banner. Someone from a reality TV show, a washed up teen actor, a bit player on Saturday Night Live, a wrestler, members of the old Jackass crew… Charlie Sheen embarked on a disaster of a tour during the middle of his Two and a Half Men feud. He thought he’d just get on stage and everyone would be amused, but they weren’t. Audiences felt ripped off. Sheen’s “Torpedo of Truth” tour saw people booing and leaving the theater it was so bad.

The sad truth is that people think stand-up comedy is easy.

Look, I get why comedy clubs hire these novelty acts. I do.

They’re trying to get people through the doors any way they can. We live in an era of “Instagram famous,” and “YouTube celebrity.” Despite evidence to the contrary, people associate fame with quality. It’s why Billy McFarland used “influencers” to sell the Fyre Festival.

The thing is, I suspect Stormy Daniels performing comedy will end the same way as Fyre. Not on that scope, no, but with people wondering why they spent so much money for something so bereft of value.

When someone pays top dollar to see a celebrity, and then leaves at the end of the evening thinking, “Well, that wasn’t very good,” their next thought is, “If someone famous isn’t funny, why would I waste my money on seeing some unknown nobody?”

Worse for comedians: one celebrity can take up two slots at a club. Celebrity “comedians” usually have a rider in their contract stating they bring the opening act, because that way they can use a friend. It’s usually a drinking buddy—someone they know won’t show them up—as nothing is more embarrassing than being upstaged by your opening act.

I know, as I was that opening act once. I worked with a celebrity so unprepared to be on stage that 15 minutes of his act was him sitting on a barstool while his prank phone call CD played over the p.a. system. At the end of the night, just about every member of the audience whispered “I wish you had been the headliner” to me as they exited.

The fact of the matter is: no matter how gifted you are, you cannot skip the maturation process.

Picking up a guitar doesn’t make you a guitarist, and standing behind a microphone doesn’t make you a stand-up comedian. For celebrities to skip to the front of the comedy line damages the system. It turns off audiences, and prevents actual comedians from getting work.

So, look, closing argument: if you want to see a celebrity perform in a bar, coffee house, or small theater?

But the next time you see someone with no background in stand-up being offered at a comedy club, maybe take a pass.

Go back the next week, and see an unknown someone who has years of experience making people giggle under their belt.

You’ll be glad you did.