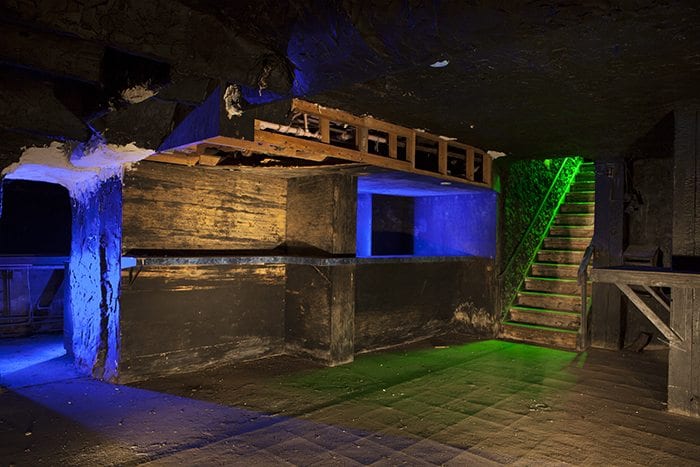 “We went fishing, in the skies of Montana, and pulled the stars right out of the teeny-weeny sky.”

I’m not usually one for nostalgia.

For the most part, nostalgia is a misremembered past; a fanciful recreation, something over-glorified in order to pretend things used to be better.

For the better part of a decade, however, I’ve found my mind drifting back to the 1990s. I was head-over-heels in love with a band from Milwaukee, Wisconsin: Helena Handbasket.

You can search for them on the web, but you’re not going to find much; there’s a more current band out there using the moniker, which tends to obscure things.

The 1990s Helena Handbasket should have been huge. Instead, they’re barely a footnote of bands from Milwaukee.

(And that’s a pretty short list in and of itself.)

The best way to describe Helena Handbasket is to use the word original.

Which is problematic, because “original” is both overused and under-appreciated at the same time. People have thrown it around so much it has almost lost all meaning. Can’t think of a descriptor? Use “original” and you’re covered.

I have no clue, and that bothers me.

Their songs had peaks and troughs; hard-hitting highs, followed by feather-soft lows. Singer/bassist Paul Jonas and guitarist John Dereszynski would harmonize their gravelly voices in ways that wouldn’t win them any votes on American Idol, but which did attract fans in search of distinctive music. Paul would then turn his growl into a falsetto that would do Peter Gabriel proud.

Drummer John Borden didn’t play standard boom/tap beats, he played rhythms. What he did wasn’t “jazz” in sound, but jazz in nature. He played what was appropriate to the particular song, meaning his contributions  were as important as the  hook, or melody.

Even as I attempt to describe them, I realize that the problem with describing art is that it will never live up to the experience of the art. Which means I’m not trying to sell Helena Handbasket to you, I’m just barfing out my fingertips because I need to release some emotions.

I’m filled with longing; my brow is furrowed over the questions I cannot answer. I’ve gotten over relationships easier than I have the disappearance of Helena Handbasket, if only because I know what happened in the relationship: I got dumped, moving on.

With Helena Handbasket, they just vanished.

I have no closure, no understanding of why they never put out a full album, got signed to a record company, or toured the world and became household names.

And they should have gotten a record deal, that is undeniable.

In the 1990s, The Little Blue Crunchy Things (LBCT) was the biggest band in Wisconsin.

OK, the biggest band outside of the Violent Femmes and the Bo Deans. Call them the biggest indie band at the time. I had the fortune of hanging out with one of the members of LBCT band at a Helena Handbasket show.

Since LBCT was so hot, they received interest from some record labels. They organized a showcase, and decided to have Helena Handbasket open for them.

What you have to understand is: the sentence you’re about to read was told to me in tones of laughter and respect. There was no bitterness or jealousy in the person, or his voice.

At the Helena Handbasket show, the member of LBCT told me, “At our big showcase? Every record executive came to see us. After the show was over, they were all talking to Helena Handbasket.”

Since when does the opening act steal the headliner’s thunder?

The opening act, no matter how big or good you are, usually drowns in the tidal wave that is the headlining act. Not so with Helena Handbasket. They stole every record executive away from the band being showcased. Once you saw them, you were a fan.

They were charismatic, but not in the usual way.

Conventional magnetism is described as “Women wanted them, and men wanted to be them.”

They were unashamed… dorks? Losers? Women didn’t flock to these guys, and men might respect their music, but the Average Joe wasn’t looking to actually be them. John wore jeans and a belt, with his shirt tucked in. That’s never a good look, especially not for someone on stage in a band. But he didn’t care, and it worked. Keyboardist/Theremin player (Thereminist?) Charlie Collins once wore a wedding dress on stage. He was a blonde, thin fella with a bushy mustache, and not a transvestite per se,  just a guy who enjoyed being different.

How any band is formed takes place using a combination of magic, or voodoo. How the four members of Helena Handbasket found one another is a mystery. Why they parted ways is a mystery squared.

How did they have so much interest, so much heat, only to vanish like Keyser Söze?

I wish I had answers, because the questions gnaw away at me.

I have a cassette of theirs tucked away somewhere, because they were releasing music before it was feasible to put out your own CD, much less before the Internet and mp3s existed. Every so often, I’d toy with the idea of buying a cassette player or sending it to a conversion company, just to hear it.

Then I’d decide I didn’t want to spend the money, and that I didn’t want my precious memories to have to face reality. What if they weren’t as good as I thought?

(Nostalgia, remember? Glorification of the past.)

Two weeks ago, the clouds parted and the Gods reached down upon me.

An old high school friend who was (and remains) a part of the Wisconsin music scene said he had Helena Handbasket tracks on his computer. He ripped them from their cassette. Did I want a copy?

For once, nostalgia didn’t fail me. Everything about them came rushing back in an instant, and it was a combination of gratifying, and heartbreaking. I’ve been listening non-stop repeat since receiving it.

I went on a kick and tried looking up the band to ask what happened; maybe I messaged the wrong “John Dereszynski.” All I know is that as of this writing, I’ve yet to receive a reply.

Or, maybe I shouldn’t have asked.

Maybe I’m ripping open wounds long since healed over. If it’s heartbreaking to me that a band as good as Helena Handbasket never made it, I can only imagine what it must have been like to have been in the band. To stand on the precipice of glory, only to have everything crumble under your feet…

It has to be soul crushing.

As I was writing this, I did hear from a friend from the 90s music scene in Wisconsin. He believed one of the band members just up and quit, and after that the house of cards came tumbling down.

A marriage is difficult enough with two people interacting. Imagine four people being forced to get along and treat one another equally.

The long and the short of it is: Helena Handbasket is one of my favorite bands, and you’ve never heard of them.

I don’t have music to sell to you, but Goddammit I do have books. Check out my Amazon Author Page, yo.