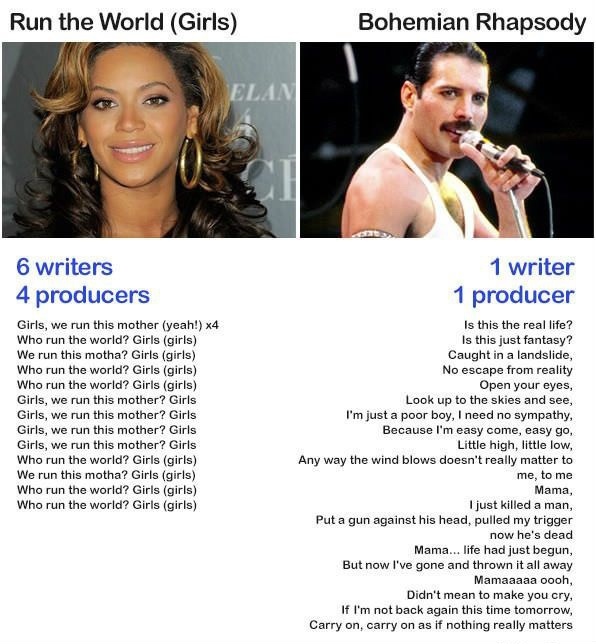 Shares
One of my best friends is a jazz musician in New York City.

Years ago he told me a secret: “You know, Jennifer Lopez is so bereft of talent that she can’t sing on her own albums without help.” 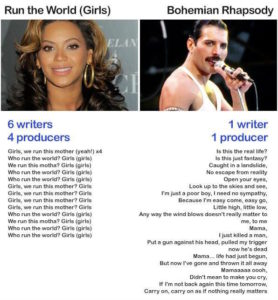 By that, he meant that she couldn’t just sing the melody she was given; Jennifer needed a guide.

While in the studio, singers wear headphones that pipe in the music they croon over. But when recording her first album, Jennifer’s headphones contained one extra track—someone actually singing the melody for her. Jennifer did what the rest of us do while driving with our windows rolled up: she mimicked what she was hearing the best she could. Her out of tune caterwauling would then be fixed in post.

This could all be hearsay and untrue—doubtful; my friend has been around for years and is hardly a fibber, but I need to hedge my bets in case Jennifer’s lawyers get frisky—but the thing is: the practice is no longer a secret. Many of today’s pop stars are guided through the singing process by someone with more talent and vocal control than they have.

When songwriters create something for today’s idols, they basically present the celebrity with a finished track. Finished top-to-bottom, that is. All the music, beats, melodies, and lyrics are recorded, and then a talented singer will lay down a vocal track. The celebrity pop star will then come in and listen to and mimic the vocal to the best of their ability.

It’s not unlike karaoke, only on a recording studio level.

So why aren’t the talented singers stars? Well, there’s generally something “wrong” with them. They don’t have the right “look,” aren’t “sexy” enough, or don’t have that ever-elusive “it.” The industry doesn’t get behind them, doesn’t market them, and doesn’t tell consumers, “You have to buy this!”

Some of them actually enjoy remaining behind the scenes. They collect a paycheck without having to worry about the traps and misfortunes of fame. Which means the situation can be win-win for both the talented folks and the celebrity.

Of course, there are those who crave fame. This can lead to hilarious disasters. Before she was a household name, Katy Perry was a singer with a dream. She got hooked up with a songwriting trio known as “The Matrix.”

The Matrix wrote for numerous artists in the early 2000s. Singers like Christina Aguilera, Hilary Duff, and Britney Spears (just to name a few) bought their tracks. Eventually, the fame bug bit The Matrix hard, and they decided to come out from behind the songwriting shadows and step into the limelight. Fortunately, the industry wisely decided to turn the spotlight off.

The Matrix recorded an album with the aforementioned unknown Katy Perry. They also filmed a music video.

In the music video, you see everything you need to know about why The Matrix was a behind-the-scenes operation. An artist either has “it,” or they don’t. In the video (posted below), Katy Perry is clumsy, but you can see something there. She could be molded. Shaped, formed, and turned into the Katy Perry we’re all familiar with. The Matrix, on the other hand? They look completely out of place. They’re laughably bad, with the tambourine player a train wreck you can’t turn away from.

The Matrix wrote some popular songs. They won Grammys. But they weren’t meant for take-the-stage success. Which brings us back around to the trickery of vocalists in the studio.

Every so often, a meme like the one here makes the rounds on social media.

While the meme is funny, and makes a good point, it does lack in one area: it neglects to realize the six writers and four producers on the Beyoncé side played an important a role in crafting “her” song. There was a beatmaker, a melody writer, a lyricist, a vocalist… a person is actually receiving credit every step of the way.

Which is good, because songwriting as a conveyor belt has always happened.

Remember Tin Pan Alley in New York City? Music Row in Nashville? Songwriters have existed to prop up celebrities since the dawn of music. Maybe we’re more aware of it now, or maybe we’re just hyper-sensitive to it.

If you want to discuss the quality of songwriting—comparing a current pop song to an iconic rock song—go nuts. One song may have more meaning, depth, and soul behind it–*cough-Bohemian Rhapsody-*cough—but even bad hit songs aren’t hits by accident, even if they are bereft of meaning.

In the world of corporate music, time, effort, and testing goes into each song. If a hook doesn’t grab a listener’s ears within seconds, it’s thrown on the trash heap. The people putting together the beats, finding the hooks, and keeping their pulse on trends to see what buzzwords are “hip” work hard at their jobs. Writing a popular song no matter how simplistic the content, isn’t easy. If it was, we’d all be doing it.

To be blunt: with pop stars, it’s about business, not art. It is what it is.

If I were to gripe, it would be because of those who seek fame for the sake of being famous. Musicians become musicians because they feel they have something to say; there’s something inside them they want to get out. I respect that. I’m not a fan, however, of people who like the idea of being on TV more than they like expressing themselves.

In life, there is art, commerce, and the murky mix ‘twixt the two.

Just know that the next time you see a list of names on a song by your favorite performer, the celebrity you worship is probably the least talented person on that list.

And if you don’t like it? Go old school.

Actually purchase music by an artist you believe in.

Get the email newsletter

Every month, I collect the funniest stuff from around the web—absurd headlines, funny news stories, and the best images from the internet. I also throw in some original content, like blog posts, videos, podcast episodes, and memes, too. If you like what you just read, this’ll be right up your alley.