The Gaslighting of a Generation 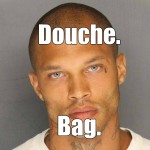 “And these children that you spit on, as they try to change their worlds, are immune to your consultations. They’re quite aware of what they’re going through.”

In November 2016, two memes started circulating around the Internet. Both had the same intro and gist, it was only the endings that were slightly different.

The first was a photo of the Twin Towers on 9/11. Smoke was pouring out of the buildings, and the text read: “College students need a safe space because their candidate lost. We didn’t even get out of school on 9/11.”

The other meme was of the Challenger exploding. A similar sentiment was written across the image: Millennials are weak, emotional, spoiled brats.

I have to admit that when I saw them, I chuckled.

But I also shook my head.

Hating on Millennials is easy. They’re currently the punching bags for older generations, which isn’t fair. I think what Baby Boomers forget is that Millennials didn’t raise themselves. Someone had to instill a sense of “whining” in them.

Parents gave Millennials participation trophies and helicoptered over them. Adults didn’t let them fall down, get hurt, and learn to stand again. If Millennials had raised themselves, they’d be tough as nails. If Millennials had been raised on the streets, they’d be square-shouldered, and thick skinned. But they aren’t, and that means someone appeased them to a point of weakness.

In the summer of 2016, Mercer Park in Iowa City opened the state’s largest play structure for children. It had multiple slides, a toddler climbing wall, swings aplenty, and a footbridge.

The footbridge was just over six feet off the ground—I could stand under it and almost touch it with the tippity-top of my head—and connected the climbing wall to the main structure. When I saw it, I immediately thought of Indiana Jones and the Temple of Doom. The ending, specifically, when Indy is trapped on a rope bridge far above a river, Thuggee members closing in on him menacingly.

I didn’t envision Indy because the footbridge was made of rope or flimsy in any way, but because it contained steps. The bridge didn’t have a fixed-bottom without gaps; it was a step bridge. When you looked down you could see the ground below you.

It added a sense of danger to the proceedings, something my daughter realized after scaling the climbing wall and discovering the bridge. Grasping the side rails tightly, she hesitatingly put her right foot out on to the first step. After deciding all was well, she joined it with her left foot.

The entire time she was bent at the waist, steadying herself as she white-knuckled the support rails. Every step was slow; every step was cautious.

About half-way across, she cried out to me: “Daddy, I need help!”

There was fear in her voice.

I climbed up and stood in front of her. “You don’t need help, sweetie,” I coaxed. “You can do this. You’re a big, strong, brave girl.”

So, still moving slowly and cautiously, she made her way forward.

When she made it to the other side my daughter shouted in joy: “Daddy! I did it!”

She was proud of herself, and eventually crossed the bridge several more times. It became one of her favorite things at the park. She loved the thrill, the fear, and the sense of accomplishment. All of which are important to childhood development, I might add.

Because we live about thirty minutes from Mercer park, we don’t go there often; maybe once a month. On our last trip we made a horrible discovery: the step bridge had been modified, and not for the better. A thick tarp had been fastened across the entirety of the bridge.

Every gap was gone; any sense of wonder or fear disappeared.

I contacted both the city and the playground maker and made inquiries as to why adjustments were made, and the reasoning I got was: “It was added to prevent missteps.”

Something about that statement doesn’t ring true. A more likely scenario is that the rubber was added out of fear. Either parents feared for their children’s safety and complained, or the company (or city) feared a lawsuit and refashioned the playset.

Could a child have fallen, even gotten hurt? Yes, absolutely. Kids all the time; they run around and fall down and bonk into things constantly. It’s what kids do, and the world is not an inherently safe place. Which isn’t to say playgrounds should be littered with broken glass and burning fires; I’m not advocating for an end to car seats, bike helmets, or safety caps on medicine. But for the love of fuck, nominal danger is OK.

The parents who complained about the bridge being “unsafe” at Mercer Park are the same parents who placate. They give out participation badges to the fourth-place finisher and say, “You’re a winner, too!” instead of “I’ll help you work hard for next time.”

Those parents will turn around in 20 years and whine about “young people” and all that’s wrong with them.

Children learn and are strengthened through experience. Children need to learn to overcome fear. They need to explore, and gain confidence in themselves. Find a kid that was raised on the streets and one in an upper middle class neighborhood and put them on an island. Which one is coming out on top? My money is on the first kid, not the one that wore water-wings in the bathtub.

For a while, I was worried that because of the direction society was heading, Generation Z would eventually make Millennials look like Evel Knievel.

Now I’m not so sure.

The way Gen Z has acted since the Parkland Shooting gives me hope for the future.

As Gen X ages, we have to remember what it’s like to be young; we’ve got to be there for them, and listen to them. We have to guide them, not grow out of touch like the Boomers and The Greatest Generation did. We have to be Carl Reed in The Breakfast Club, not Assistant Principal Vernon.

(Only hopefully we’ll have better career paths than Carl.)

It breaks my heart when people who have wisdom give up on kids. Former Senator Barney Frank was on Bill Maher’s show a few months back, and one of his quotes made me cringe. When speaking about the youth of today, he disdainfully said they were all “Using the YouTubes and the Facebooks.”

When you’re purposely obtuse like that, it doesn’t help anyone; all it does is ensure the coming generations will ignore you as you age. Comments like that are little better than the garbage Tweeted out by people like Dinesh D’Souza.

Youth is supposed to rebel against authority, and that’s what Gen Z is doing right now. They’re pushing back against the corrupt politicians who currently wield power.

Here’s to hoping they succeed.

If you enjoy my particular brand of nonsense, check out my Amazon Author Page.