The Future Needs a Big Kiss 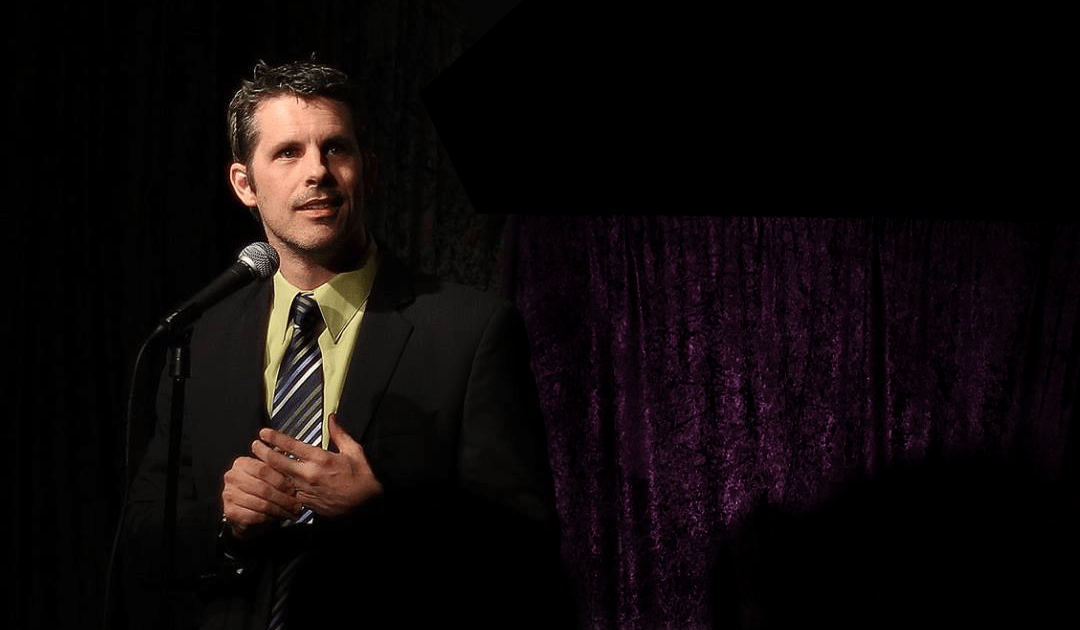 When I heard Chris Rock say, “I won’t work colleges anymore, because they’ve gotten too conservative,” I paused.

In his own words: Not in their political views — not like they’re voting Republican — but in their social views and their willingness not to offend anybody. Kids raised on a culture of “We’re not going to keep score in the game because we don’t want anybody to lose.” Or just ignoring race to a fault. You can’t say “the black kid over there.” No, it’s “the guy with the red shoes.” You can’t even be offensive on your way to being inoffensive.”

This frightened me, because if an icon like Chris Rock had to be worried about offending kids at college comedy shows, what hope is there for a comedian of my limited stature?

As it turns out, none.

I recently had a gig at a college, and it was an unmitigated disaster.

Or so I was told.

I thought I was receiving a typical college response; the instant the lights went down, I heard nothing but kids talking over me. When I said my first “Hello!” into the microphone, approximately 3 of 150 people responded. The rest were in their own world, eating, talking, and posting selfies to Instagram.

I shrugged it off and barreled forward the best I could, because I was under contract. I had to sling my jokes for thirty minutes, audience indifference be damned. It was with genuine surprise when, twenty-five minutes later, I was pulled from the stage and told I was offending people.

I’m not dense. I knew I wasn’t killing it. Had the apathy started half way through my set, I would have said, “Oh crap, I’m losing them!” Since disinterest was the norm from the get go, I figured, “This is how it’s going to be.” But I never in a million years did I think I was shocking the audience.

When I was told otherwise, I asked which of my comments were out of line. The opening response was: “Off the top of my head? When you made fun of white people names.”

To be fair, I did make fun of white people names.

After the audience ignored my “Hello,” it was obvious they weren’t going to pay attention to me telling jokes. Given that, I decided to speak with them, to do interactive material. I started working the room, dancing on verbal eggshells the whole time because I am not stupid. In situations like this, it’s best to tread lightly.

For fifteen minutes I spoke with different tables, different students, making light, situational jokes: “You only ate half a baby carrot? You were too full to finish a baby carrot?”

When I got to a table of white girls, I figured I could be slightly more daring. And by slightly, I mean .5 on a scale of 1-10.

“What’s your name?” I asked the first.

“Oh God…” I groaned, over-emphasizing my exasperation to show I was being absurd. “That is the whitest name, ever.”

I heard mild giggles from the peanut gallery, and the girls at the table laughed, so all was well.

Or, as stated, so I thought.

When that moment came back to bite me in the butt, I was floored. I asked for clarification—how it was offensive?—and was told, “The event is multicultural. Our goal is 100% inclusivity.” Pointing out any race, even my own, brought attention to race, which automatically “made things uncomfortable.”

Though I didn’t, I wanted to shout, “FOR WHO?!” I’ve been a comedian long enough to know the difference between comfortable and uncomfortable laughter, and the chuckle I heard at my comment was genuine.

The other “point of offense” is one I should have seen coming. Up front I wondered whether or not I should do a joke in support of gay marriage. After all, I know people hear trigger words and react to them, not context.

Instead of yanking the joke, I instead went crystal clear, adding a preface up front. Speaking slowly and clearly, I started the joke with: “I’ll tell you this; I support marriage equality, and I don’t understand the arguments against marriage equality…”

(Note: I didn’t say “Gay marriage,” I made sure to say “Marriage equality.” Politically correct. Boom.)

The joke itself is at the expense of bigots. During an election year, I saw an advertisement declaring the #1 threat to America (translation: ‘Merica) was GAY MARRIAGE.

Not being able to wrap my head around such obtuse, bigoted, off-putting (and so on) thinking, I wrote a joke mocking that viewpoint.

After performing it, I was told: “The problem is with you, a heterosexual male talking about gay marriage in the first place. You cannot determine how someone who is homosexual will react to your stance on their issue.”

Hearing that, I was at a loss for words.

If my joke had been at the expense of homosexuality, then yes, it would have been out of line. But to say I cannot talk about it? That’s bullshit. Especially because the LGBT community needs me to talk about it. Not as a comedian, but as a straight person. The only way marriage equality will happen in America is by having straight people standing side-by-side with the LGBT community, championing their cause. The majority has to see and understand the plight of the minority in order to create change. If the LGBT community were to stand alone on this, legislation would stagnate, and the issue would be dismissed as “A gay problem.”

(Just like AIDS was “A gay problem” in the 1980s, before whoops! Straights started dying from it, too.)

Anyway, logical failings aside, if there was any viewpoint I thought would be safe on a college campus, it would be pro-marriage equality. But no. Even the topic is verboten, meaning the line was crossed when I opened my mouth. What came out of it didn’t matter.

What’s “funny,” and by that I mean “not funny at all,” is that when I was removed from the stage, I had been doing material involving my kids for about ten minutes.

It’s probably the safest material I have, with nothing remotely controversial contained within.  In fact, not only is it not controversial, it’s deeply personal material, and at times empathetic. How often do you see a comedian tell an audience he and his wife are donating their embryos to an infertile couple? I’m guessing never. I do, and it generally gets a nice pop of laughter at the end, too. I mean, not at this show, with all the texting and ignoring… but when an audience is engaged, yeah, they laugh.

Unfortunately, no one had the wits about them to realize, “OK, he’s transitioned. No more hot topics like ‘gay marriage’ or ‘white people names.'” Likewise, no one had the decency or common sense to think, “You know what, he only has five minutes left, let him finish.” Because when you’re not paying attention to content and you’re simply trying to indulge the delicate sensibilities of a society waiting to be outraged, you’ve already lost.

I will admit: in some teeny-tiny way, I understand where the ‘fear of offending’ comes from at a university. Many are taxpayer-funded institutions, and when someone gets upset it might end up in the newspaper. Then donors get angry, and the governor gets involved, and blahblahblah…

But you cannot cater to everyone, and everyone is offended by something.

My hope is that my experience was an isolated incident.

My fear is that this is the future, with over-the-top sensitivity a new normal that uses good intentions as a weapon to destroy society. After all, we all know good intentions are exactly what the road to hell is paved with.