At My Wife’s Behest 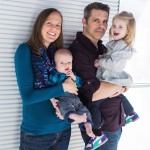 “We turn away to face the cold, enduring chill, as the day begs the night for mercy love.”

On October 20, 2012, a child of but 22-days old passed away at Lurie Children’s Hospital in Chicago, IL. He was a native of Iowa, from a city just outside my wife Lydia’s hometown of Moulton.

The child was born with a clotting deficiency, and within days of birth was discovered to have acute liver failure.  Said liver failure demanded replacement of that vital organ, an impossibly expensive and rare surgery given the so-very-young age of the infant.

Though it was not written as such, an emphasis had to have been placed on the second word by anyone truly able to comprehend the story; Donor Needed.

Upon reading of the child and his need, Lydia discovered I met the requirements for liver donation. Since the recipient in question was an infant, only a tiny portion of an adult liver was needed in order to save the baby’s life.

As chance would happen, I was the correct blood type, landed within the acceptable donation age range, had a health background beyond reproach… Lydia asked me to fill out a form printed from the web, one she could fax to the hospital for consideration.

“You need to do this,” she stressed.

Though her voice was stable, there was pleading in her eyes; the unspoken thought between us: “What if this was our daughter? Wouldn’t you want someone, anyone out there who could help her to do so?”

But knowing what the right thing to do is does not mean fear becomes immediately eliminated from the scenario. Only after delaying a week due to weakness and worry, did I fill out the form.

You discover much about yourself when presented with the challenge of sacrifice, and much of what you learn can be unpleasant. The idea of someone cutting into me, cutting into me and removing a part of my body, that was abhorrent to my mind and ego. The thought of the surgeon’s scalpel alone sent chills across the surface of my skin. Every mental question that fired across my synapses became selfish; “How long will it take me to heal?” “How painful will it be?” “How damaging will it be to my health, now and in the future?”

Narcissistic me in all my glory.

But every goddamn time I had one of those thoughts, I would look at my 3-month old daughter, and that already-discussed horrific consideration would cross my mind: “What if she needed a new liver?” My God, more than anything I would want some munificent stranger to step up to the plate and save her life.

I say this without hyperbole: losing my daughter would drive me to the brink of madness. I have long said that if I had nothing to live for, I would go out in a violent manner that brought other people with me. Not asshole-like, with innocents dying, but in a way that would better society as a whole. I would suicide-bomb myself while surrounded by assholes—say the Westboro Baptist Church or top executives of the NRA—and improve the whole of the planet with my (and their) departure. Before becoming a father, I thought something like cancer would be the only thing that could decay me into such an action. Now, however, I know that losing my child would in effect mean losing my mind. I don’t believe I could handle it, and would want out. And I’d want the world to understand my hurt in the process.

So, the thought of a parent losing their baby nestled into the darkest place of my mind, with a still-apprehensive hand, I filled out the medical donation form.

With every answer I gave, I had the empowering thought: “This is a lock; I’m going to save a life.” I rarely drink (healthy liver), exercise often (healthy body), down water like nobody’s business (really healthy liver); there seemed no way I could be rejected.

Lydia took my sheet, faxed it to the hospital…

No ringing sounding from my phone; no email popping up in my inbox.

With every passing day I felt a combination of frustration, and as much as I hate admitting this, relief.

The frustration was easy; “Why aren’t they calling? How can my liver not be good enough?” The relief was mixed, and washed across my body with twin rivers of thought: One, I wouldn’t have to get cut open, yay! Two, if they were rejecting me, they had to have found an acceptable donor and the child would be taken care of, right? I mean, right?

Just as she had discovered the original story of a family in need, Lydia came across the obituary notice while browsing the Internets. We were both crestfallen. In a nation of 300 million people, how could a single donor not be found to save the life of a small, small, less-than-one-month old baby? How, in 2012, did we not have the medical technology available to save an infant’s life?

Though it is a trite, clichéd emotional response, the loss of the child made me ever thankful for what I have, and reminded me to count my blessings. Every day I try to be more thankful for the day before, for every day is another I have spent with my family.

I once heard: “You cannot know love until you become a parent.” Now that I’m there, I understand. You can love in a romantic or familial sense, but while loving another person, pet, or parent is real, your heart expands tenfold when you look at your own child. The little nothings you see other people extolling crystallize in authority and absorption when you go through them personally: your baby smiling at the recognition of your voice; the near-indescribable joy you feel when your baby coos at you happily. It is nothing that can be explained, only experienced.

Having just said that, having just said how important my child is to me, I have to admit the biggest hypocrisy is in how this all ends. This kind of tragedy probably occurs daily outside the eyes of media attention. You might think that the way I describe my emotions burning over the injustice of it all that I would have my name on numerous donor lists. Like thinking that in a nation of 300 million people, one could save a baby, you would be wrong. I am still a member of the noncommittal, vehicular  “You can harvest me after I die” driver’s license crowd.

I’m not sure how I feel about that; all I do is ask myself circular questions in justification of my inactivity: Does life necessitate that I run around, trying to save everyone and everything? Offering up myself so others may live? Or is it more important that I focus on my family and daughter, and not martyr myself to the world in order to thump my chest and cry, “Look how good a person I am!”?

Can I answer everything away with the nonsense concept of Karma, where say “Well, that suffering person must have done something horrific in a previous life”? That’s not so far off from the Christian point of view, “Well, he’s in a better place now…”

If I had answers, I probably wouldn’t be bashing away at the keypad in the middle of the night, I’d be sound asleep instead of counting tiles every time I try to rest my bloodshot eyes.