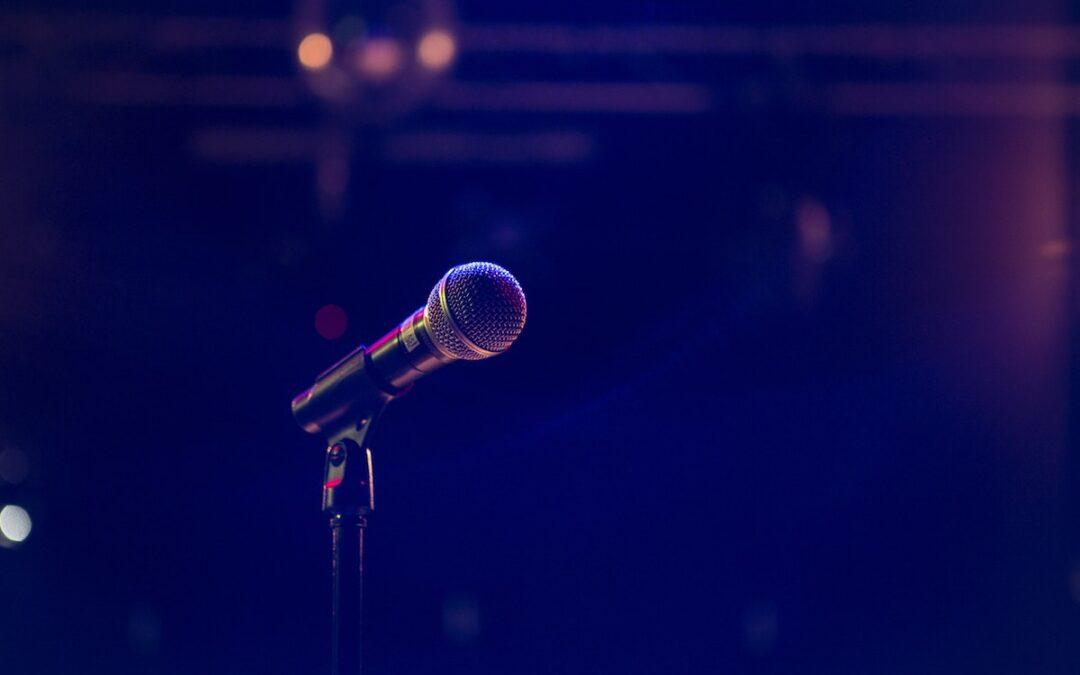 I’ve been threatened while on stage, twice.

Once was in Sioux Falls, years and years ago. During my set, a man got up and screamed, “I oughta come up there and punch you right in the mouth!”

Then he and his wife stormed out.

I think I’d done a joke about religion.

I was more surprised than anything, but I wasn’t afraid.

The second time was also long, long ago, in a reality far, far away: Salt Lake City, land of many wives and magic underpants.

It’s the only show where I’ve left out the back and had someone sneak me to my hotel; I didn’t want to go out the front and walk.

There were four drunks in the audience making a ton of ruckus through the opening and middle acts. No one from the club made any effort to quiet or remove them.

When I went up, I didn’t even attack them, I just asked—albeit frustratedly—why they came out just to talk over everyone.

They lost their shit.

“Fuck you!” a woman yelled. “One of our friends got shot earlier!”

The story was big local news, and the audience gasped.

I said, “I’m sorry to hear that, but it doesn’t give you the right to come here and ruin everyone’s night.”

That set off one of the boyfriends, and I’m stunned he didn’t rush the stage.

He started screaming at me. Threatening me, calling me every name in the book. He was livid, and needed to be restrained.

It got so bad that management, who had let them be disruptive assholes all night, finally got involved and escorted them out. And, as said, I was so shaken that I exited through the kitchen, where a car was waiting to ferry me back to my hotel. The idea they might waiting for me in the parking lot out front was all too prevalent in my mind.

So, when Will Smith slapped Chris Rock at the Oscars, I immediately placed myself in Chris’ shoes.

While I’ve never been physically assaulted while on stage, going forward, it’s going to be on my mind.

“Just don’t do offensive jokes,” you may counter. “That’s what set off Will.”

That’s impossible, because everyone is offended by something. For several years, my most “offensive” joke involved an offhand comment I made about McDonald’s.

On four separate occasions, audience members complained to management about me. One person heckled me. One just got up and left.

A couple of them really loved McDonald’s, and a couple were McDonald’s employees. I had trod upon a subject sensitive to their hearts, and they let it be known.

Everyone. Is. Offended By. Something.

No matter what your justification is, it simply means it is justifiable to you. Not everyone shares the same sensibilities, just like not everyone likes the same music, food, or art.

I know the internet is a separate beast from reality, and people act much differently online than they do in person, but every so often—and admittedly (and thankfully) rarely—you run into a crazy person online.

I recently had a man stalk me across a handful of my TikTok videos.

He’d watch them, leave a specific comment about how much he hated the video, and then add a personal twist at the end. On one comment he hoped I’d “get stabbed;” in another he wished cancer upon me.

He may have been “just trolling,” but I’ve seen trolls, and his comments came off as coming from a genuinely disturbed mind.

What happens when someone with that much hatred and anger decides to leave the screen for the real world?

Chris Rock was attacked by a member of an exclusive audience filled to the brim with security. I perform in comedy clubs and bars, places that may have a single bouncer at best.

Dave Chappelle was tackled by a man carrying a knife.

I’m not paranoid; I won’t be on stage in a constant state of fear, but now there’s a nagging little voice somewhere in the recesses of my mind reminding me to be vigilant.

And that’s a sad place to live.

Oh, in case you were wondering, I haven’t been booked at the club in SLC since that fateful night. Naturally the club that hadn’t policed their room in the slightest blamed me for the incident. All they saw was four paying customers walking out the door, not four people who had ruined the evening for the rest of the audience.

Photo by Matthias Wagner on Unsplash