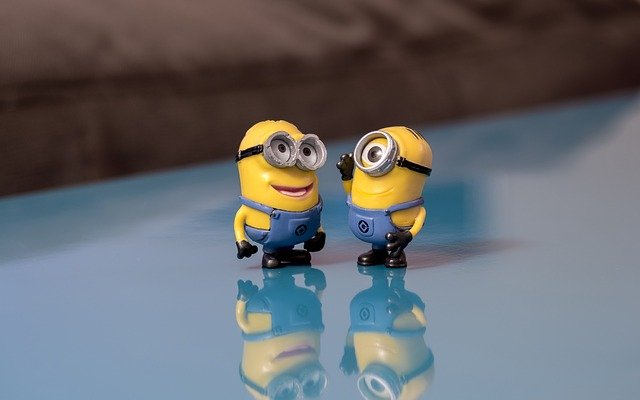 Because I’m an unknown commodity in a world that trades on fame, I perform wherever I’m hired; I don’t get to pick-and-choose. Unlike name comedians like Chris Rock who bring their fans to the venue, I perform in front of customers who entered a business because the sandwich board out front said “Comedy tonight.”

This puts me in contact with many interesting people, which is my polite way of saying “people in deep MAGA country.”

Luckily for me, I’m fairly centrist when it comes to politics. I’m not a fan of the Orange One by any means, but neither am I a dyed in the wool lovechild of Bernie Sanders and Elizabeth Warren.

This means I can talk politics with just about anyone, and the longer I do this, the less a fan I am of the Internet as a means of communication. “The comments section” is a long-running (and well-deserved) shorthand for conveying how ignorant and angry our country is.

Face-to-face conversations offer not only a chance to hear tone and read body language, it (obviously) erases the anonymity people love so much online. You wouldn’t say most of the things to someone’s face that you post while hidden behind an avatar. That’s a good thing.

Why? For one thing, you lose tone when reading online comments. Tone is important, because it means everything. When you read something, you add your personal mood to the words.

Take the wonderful, two-word phrase “fuck you,” for example.

How many different ways can that be translated?

Fuck you can be said in anger, while laughing, in disbelief. If you write it from one point of view, while someone reads it in another frame of mine… Well, right there you have a horrible miscommunication.

In a conversation, there is the opportunity to speak, and listen. Online, does anyone really read opposing comments? People tend to gloss over what’s written, just so they can all-caps their own passionate response.

All this is coming up because I had a lovely chat with a man recently. I’ll call him “Steve,” as I can honestly not remember his name.

I was in a deeply red political section of the country, and Steve was…

We discussed a number of issues, but for the sake of brevity, I’ll stick with one: gas prices.

One by one, I gently dismantled them.

I did so without confrontation, because I didn’t insult him, or his beliefs.

When he griped about Biden cancelling the Keystone Pipeline, I said, “Yeah, Trump really wanted to get that done, didn’t he? But, multiple lawsuits in multiple states prevented him front doing anything. It’s not like Biden shut down an existing pipeline, he just said the legal battle wasn’t worth it after seeing Trump fight four years and get nowhere. So the pipeline wouldn’t have helped prices today… or in the future, actually. It was going to carry Canadian tar sand oil to the coast for export. Trump’s own administration did a study and discovered it wouldn’t help American consumers.”

When he brought up land leases, I explained, “I think the oil companies got what they deserved there. They weren’t doing any drilling on the lands that got taken away, they just wanted the option to drill on them in the future. So, they can re-apply when they’re ready, but for right now it wasn’t right to just let them hold onto the land because they could. What pisses me off more than land leases being cancelled is the fact every Republican voted against investigating price gouging at the pump. You’d think both parties would want to get to the bottom of that…”

(This was a couple weeks before the new legislation designed to return some leasing rights to the oil companies, obviously.)

Let’s be honest: I didn’t sway that man’s vote.

He’s not going to enter the booth in November and vote for anyone other than the worst politicians, who unfortunately happen to be those who shout the loudest. I also didn’t fight or belittle him, and when we spoke, he was silently thoughtful the whole time.

“I didn’t know that” exited his mouth often, meaning I gave him a lot to digest.

If he’s able to bounce free of his echo chamber, maybe he’ll take a couple steps to the light.

This wouldn’t have happened online.

And no one ever changes their mind because they were yelled at, or called stupid, as happens all too often in the comments section.

Check out my Amazon Author Page.

Image by Leonardo Valente, on Pixabay