Goddammit, Don’t Lie to Me 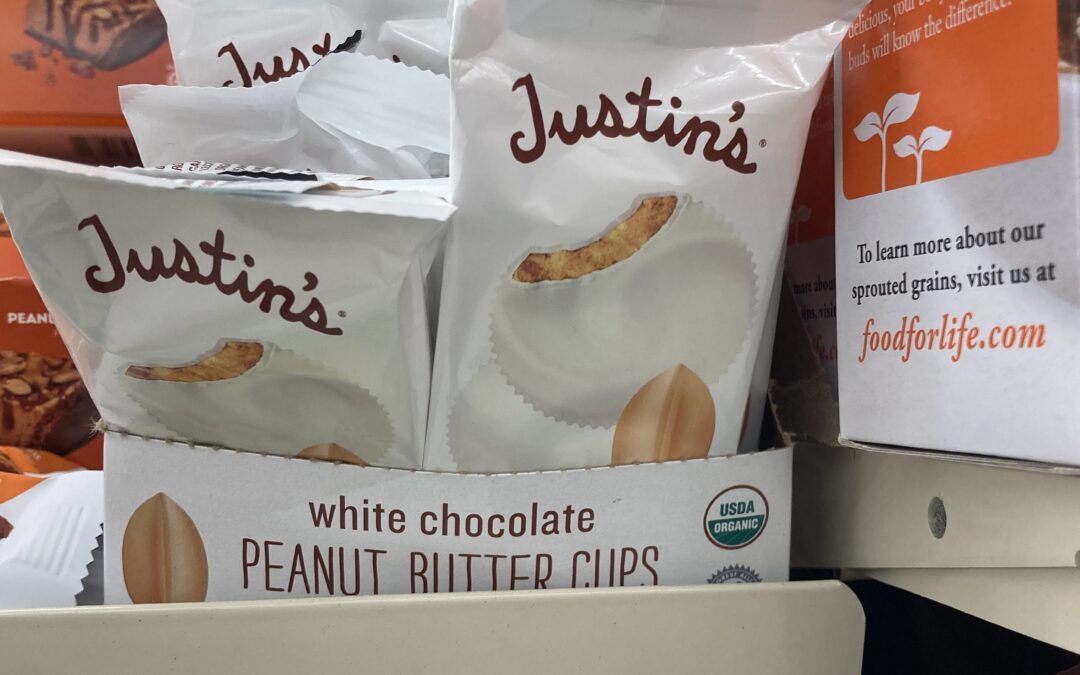 Fair warning: this piece is nothing but my ego run amok, reveling in righteousness and giggling in the absurdity of the subject.

You have been warned.

About a year and a half ago, I had a slightly tense exchange with a manager at my local grocery store.

Before we get to that, let’s back up a scooch.

Because I am a human with functioning taste buds, I love me some Justin’s Dark Chocolate Peanut Butter Cups. Remember how you felt as a kid getting a Reese’s Peanut Butter Cup in your Halloween bag? That’s how you feel as an adult with Justin’s.

Justin’s PB Cups are hoity-toity candy; you don’t find it by the register with Snickers or Twix. Most places keep it by the rest of the hoity-toity candy, because it’s $.25 or $.50 more than your average candy bar. For reasons I’ve never understood, my local grocery store stocked it in their organic food section. Maybe they know something I don’t know—is it made with organic milk and sugar?—maybe they just don’t know how to classify it.

Anyway, I noticed a very distinct pattern at my store: over the course of a month, the Dark Chocolate cups would disappear the fastest, followed by the Milk Chocolate cups. Justin’s White Chocolate PB Cups, however, were always (sadly) available. They never ran out of those.

One day, I went a-shoppin’, and was in the mood to treat myself to a little diabetes-inducing candy. Unfortunately, it happened to be one of those trips where they were completely sold out of both Dark & Milk chocolate varieties. Which I assumed was for the best; my belly doesn’t need any more inches on it, thankyouverymuch.

When I got to the register, the clerk kindly asked, “Were you able to find everything today?”

I responded, “Pretty much. Do you know when you’ll be getting in more Dark Chocolate Justin’s Peanut Butter Cups?”

She did not, but offered to get a manager and ask.

Before I could say, “No, that’s OK,” she’d already turned and flagged someone.

I worked in the restaurant industry for over 10 years, and therefore am a very meek customer anywhere I go. I know what it’s like dealing with the general public, and therefore try to get in and out of places without bothering anyone just trying to do their job. Having the manager talk to me about (of all things) peanut butter cups seemed to me nonsensical.

The nice fellow came over and asked what was up, and I thus repeated my query involving the Dark Chocolate PB Cups.

Here’s where things get fuzzy. I don’t remember exactly what his response was, but it made me step out of my “Leave working people alone” character and make a comment. I shouldn’t have said it. As the words were leaving my mouth I was already regretting it. But, I opened my pie hole and said, “You run out of them a lot. Ever think of doubling your Dark Chocolate order and canceling your White Chocolate stock? No one buys the White Chocolate Cups anyway.”

The manager, mildly offended, took umbrage at my comment and snarked, “Actually, we sell quite a few White Chocolate Peanut Butter Cups.”

There was a moment of silence where I gave him a hard stare of annoyance.

This is where I should have let it go. I had started it, it was my fault, but my ego was in play and I had to be a prick.

“No,” I countered, “they don’t. I shop here constantly, and while you’re always running out of Dark and Milk Chocolate PB cups, you never run out of White Chocolate. Because no one likes White Chocolate. It’s gross, and should be illegal.”

The manager frowned, and wandered off muttering something awful about me that was probably accurate.

But one whole month later, tucked in a corner and thriving like a cockroach after nuclear holocaust, are the White Chocolate cups.*

Because no one likes white chocolate.**

No one is buying them, and if I’d a better memory, I’d take my weak, self-righteous ego and find that manager and “in your face” the fuck out of him.

“We sell quite a few White Chocolate Peanut Butter Cups…”

*I took the picture atop this blog; note how they’re smooshed in there, forgotten, and with a “temporary” price cut. (and they’re even off kilter from where they’re supposed to be; they’re the $2.49 item, not the $7.49 one.)

**note: if you like white chocolate, you’re why the terrorists hate us.

Want to read longer versions of my bullshit?