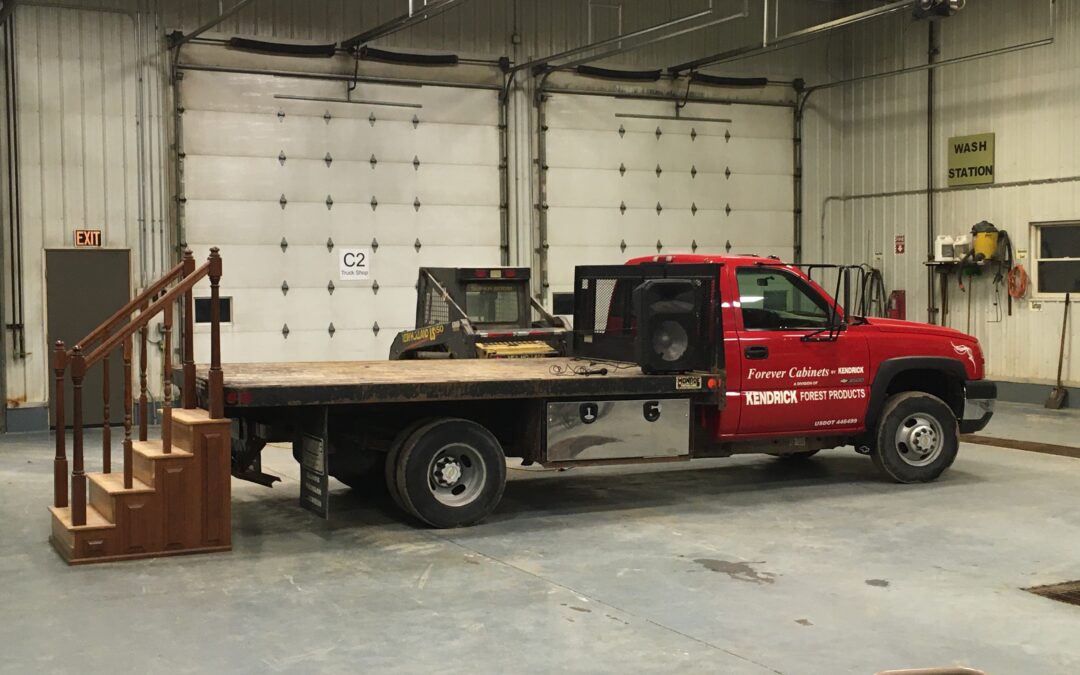 Not all stand up comedy takes place in clubs.

When you’re a comedian, you go where the paycheck takes you. From birthday party to corporate event, if the price is right, you’ll play the room.

The pictured truck was a recent stage of mine; I was hired for an employee party at a sawmill. These kind of gigs are usually fun. The people are “salt of the earth,” so to speak. Blue collar, easy going, easy with their laughter.

My biggest laugh that night came accidentally; from an offhand comment I made when taking the stage.

When I arrived, I wandered around and shook hands like a politician. It’s my job to read the room, and the best way to do that is to literally interact with the folk you’re about to yap in front of.

So, as I placed the microphone to my mouth at the start of my set, I said, “I don’t mean to call you all liars, but I don’t think this is a real sawmill. Every hand I shook tonight had four fingers and a thumb, and that wouldn’t be the case at a real sawmill.”

As the words exited my mouth, everyone started howling and turning toward one man; some people were pointing and yelling his name.

That man (I didn’t hear his name; the room was too echoey) had a huge smile on his face and held one hand high. It was wrapped in bandages, because apparently he’d gotten a little too close to a table saw recently.

There is nothing better than someone with a sense of humor about their life.

How you respond to anything is a choice you make, and how you react to stimulus says everything about you. Who would you rather emulate: the person who finds fault in everyone and everything, or the guy who injures himself and can laugh about it?

My words could have dug me my own grave. Had the room hushed, or the man stood up and shouted about his lost finger, that would have been the end of the show. But neither happened. Everyone realized that I’d put my foot in my mouth in a fun way, and went with it. His attitude set a great tone for the rest of the performance.

But, accidents happen. That man injured his hand, and moved on with his life. I unknowingly made fun of him, and he didn’t hold it against me. Had I kept going, sure, things would have been different. But it was an innocent, accidental moment that allowed for mirth, not anger.

The world would be a much better place with more people who can take a joke, and fewer people who alternately cry or yell about everything that bothers them.

You’re welcome to disagree, but the thing is: that means you’re probably part of the problem.