Four-Legged Adventures in my Neighborhood 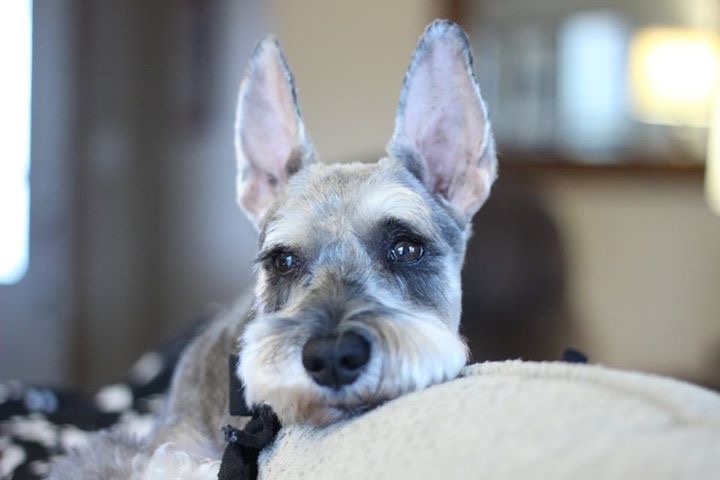 I want to point out that I am neither a scientist nor a statistician.

I say that because I am going to put some ideas out there, but in no way want to insist that these are conclusions. They are merely observations made by an idiot.

Hopefully that disclaimer will take care of the whiners.

My family has a mini-schnauzer named Kitty. Sometimes we go on family walks; sometimes I take Kitty out on his pooping journeys solo.

When it’s just the two of us, I’m more aware of my surroundings. With no kiddos to keep an eye on and/or no Mrs. to talk to, I see things differently than when I’m with my family.

On our “just us today, Kitty” walks, I choose from several different paths.

When I walk around my neighborhood, people are open, and friendly. We wave to one another, even if we don’t know one another. If kids—say between ages three and twelve—are out playing, there’s generally an adult in the vicinity. Someone is working in the yard, or interacting with the kids, or sitting on a front porch…

In the very least, someone is monitoring the children at play.

When kids see my dog, they usually they want to come pet him. 90% of the time the parent hops up and guides them through the process: ask the owner, let the dog sniff your hand, etc. You know the drill.

When I walk through the wealthier neighborhood, no one seems to express an interest in… well, anything. There’s little in the way of waving. You might get glanced at, but there’s no eye contact, and if kids are outside they’re playing in the spacious backyards these bigger lots offer. In fact, I cannot think of a single time I’ve been in the “rich” section and been approached by kids wanting to pet Kitty.

When I walk past the low-income housing, I am generally overwhelmed by children. They swarm without fear or supervision and go right after my mutt, all the while shouting, “Doggie!”

There is no asking for permission to pet; there is no offering of a hand to sniff. It’s dive in and go nuts.

Which, to be fair, is how kids operate, and what makes them awesome.

The joy and love emanating from the low-income kids is palpable. They are genuinely excited to meet Kitty, and in part I think it’s because—given the size of the apartments (and the fact I’ve never seen one there)—it is doubtful any of them own a dog of their own.

Here’s where things get interesting.

When I walk by the low-income neighborhood, if there are young children at play there may or may not be an adult present. Parents may be monitoring from their windows, I don’t know. But I don’t see them.

And, as stated, in my neighborhood an adult generally monitors any interaction with my dog. By the low-income housing, all bets are always off.

I recently walked the Southern route, and was approached by two little girls; each maybe two years old at best. They were barely toddlers, and their little wobbly legs could scarcely propel them forward.

Their guardian was on a park bench tapping away on her phone. Maybe she was farting around on Facebook; maybe she was working. I do not know. I do know that she didn’t look up when the children approached me, so I popped out my headphones and walked them through getting to know Kitty.

I let the kiddos scratch at his ears and pat his back. And I say “scratch at his ears” and not “scratch his ears,” because with two-year-olds, they generally start moving their little scratching fingers before actually making contact with the animal they’re interacting with. You have to coax them forward, so that the motion they’re performing actually gives the dog some delightful scratches and doesn’t just go to waste on air. I also use the word “pat” on purpose, because young kids don’t use their hand to back-and-forth pet, they rise-and-drop pat.

During our interaction, I kept watch of the woman on her phone, the guardian. She never looked up or in our direction.

After a couple minutes, I smiled and told the girls I had to go. I put my headphones back in, and with a “bye-bye” wave, continued on my merry way.

After I had walked about fifty yards, the dog, as he is prone to do, stopped to sniff something sniffable. As I waited for him to finish his doggie-snorting business, I saw the two little girls were catching up to me; they had been following us the whole time, and I hadn’t noticed.

Meanwhile, “mom” was still thumbing away at her phone, oblivious.

I shooed the girls back in the direction from whence they came, and continued on. When I turned around twenty yards later, I saw that instead of walking back to the playground, they had stopped to examine something in the grass.

The girls were now on the strip of land between the sidewalk and the road. No cars were around, but I didn’t want to wander off, lest they toddle into the street. After a few moments, I thought about yelling out to the mom… but instead—in what I’ll fully admit could be considered a dick move—I just waited, and watched.

Over a minute passed before the woman on the phone finally looked up, noticed her wards were missing, and started walking toward the girls. Once they were back under adult guidance, I continued onward.

The whole interaction—or observation, however you want to classify it—made me realize how much I like my neighborhood.

When our daughter was two, my wife and I were out walking with her. She hated the stroller, and always wanted to toddle along on her own two legs, meaning our walks would take forever and a day and get us nowhere.

The daughter-unit spied some kids playing on a swing set in a back yard, and immediately bee-lined for it. There were adults carrying on in conversation as the kids played, so as our daughter approached the swing set, the Mrs. and I approached the adults.

Introductions were made, hands were shaken, and when we eventually went on our way the parting shot we received was: “Come back any time. If we’re not here, she’s more than welcome to use the swing set.”

That happens a lot in our neighborhood.

There are two trampolines we have all-access too, because the owners gave an inviting smile and beckon when our daughter spotted the bouncy machines. These are people who don’t fret over lawsuits, or isolate and protect. They’re warm, open folk.

Is there a takeaway from all of this? Am I trying to say that rich people are snobs, or that poor people don’t care about their kids? That being middle class is awesome?

I’m just one of those asshole observers who’s putting nonsense out there for you to argue about.

Like this nonsense? Check out my Amazon Author Page and pick up something longer.