Colin Kaepernick Sat Down and I Don’t Give A Shit 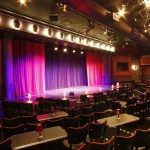 “Nothin’ ever doesn’t change, but nothin’ changes much.”

When I discovered Colin Kaepernick—Kaep, for the sake of brevity—sat through the National Anthem, I giggled.

I knew he’d receive flack, and I made a quick Facebook post in support of said flack. I’ve never been a fan, and therefore was amused that the low-grade yet multi-millionaire quarterback would be getting raked through the press.

Had I known it was going to become another impassioned shouting match between side-takers, I wouldn’t have bothered.

Because I am as under-informed and over-opinionated as anyone, here is my official stance on the Kaep “controversy.”

What follows, then, is nothing more than exposition; me adding my blathering nonsense to all the other idiots foaming at the mouth on both sides.

So why the sudden change?

If Kaep is just learning about inequality and problems, then he lived many years of his life with his head pretty far up his own ass. If his idea of protest is to sit through the National Anthem, that’s a petty way for a multi-millionaire to act. His money would do more good fighting poverty than buying hundreds of tennis shoes made by child labor.

(Google “Kaep shoe closet,” if you don’t know what I’m talking about.)

If we give Kaep the benefit of the doubt, allowing that he did indeed have his head up his own ass and only recently discovered America has real problems, fine. He has proven time and time again he’s not all that bright, so being ignorant of societal issues could very well be the case. But now his activism involves Tweeting that there’s no difference between the American and confederate flags.

That’s just narrow-minded at best, and not well thought out at worst.

Both are symbols, yes. One of a country, the other an attempted breakaway in support of slavery. The fact the confederate flag was created in direct opposition to the freeing of slaves is a pretty good indicator you shouldn’t be comparing the two, but let’s take it one further.

What does the American flag represent?

The United States of America is work in progress. This country has a horrible history involving genocide, slavery, child labor, and sexism. It also has amazing accomplishments, such as democracy, freedom, and the continued attempt to overcome every single horrible issue just listed.

Offering a one-sided view of America or its flag shows limitations of the mind, and inexperience. When you discover inequality and injustice, it makes you angry. Therefore, it’s good that Kaep is upset. But maybe he should express his emotions in a manner beneficial to the cause, not in a way that creates rabble-rousing or becomes a discussion about his actions.

Yes, there are huge racial divides in America, which is why I believe the Drumpf campaign has been a godsend.

Thousands of people on both the right and the left decry Drumpf, and rightfully so. He’s a loudmouthed bigot with horrible ideas and contempt for the American Dream. But that said, I’m happy he stepped up and unintentionally brought the country’s racial problems into daylight. Drumpf, not Kaep, is doing a great job of exposing anger, racism, and sexism in America. He is a beacon, and those who hate are crawling out of the woodwork to support him.

I think it’s great the sun is shining on these people, because it is important to stare in the mirror and own up to problems; to face them head on. Before Drumpf, many were denying racism was so widespread in America. They would call any incident of violence or legislation against African-Americans an “isolated incident.” No matter how often it happened, it was always an “isolated incident.” That manner of speech was either willful ignorance, outright ignorance, sideways lying, or wishful thinking. Anyone who dared say, “We elected a black president, racism is dead!” must now eat their words.

(Point of note: I know not all Drumpf supporters are racist; some are merely stupid. I don’t feel like getting into that at the moment.)

Do I think either Kaep whining or Drumpf campaigning will change things?

Not much changed for African Americans between the release of those two songs.

Things didn’t change after the O.J. verdict showed an enormous rift between the way white and black Americans view the police.

The status quo was maintained after Trayvon Martin* and Philando Castile.

It’s disgusting. Enough to make you give up and succumb to indifference.

But if you pull the lens back far enough, you see that change is incremental, not immediate.

The election of Barack Obama.

Each and every one of them “baby steps,” as Dr. Leo Marvin would say. And that gives you, as a great man once campaigned upon, hope.

Kaep says he wants to bring attention to racial inequality, which is great. The problem is that he doesn’t know the difference between “your” and “you’re,” something he proved when Tweeting his American vs. confederate flag nonsense. His intellectual shortcomings limit his effectiveness as a spokesperson for an important problem. Every interview he has given since the anthem debacle has only shown that he is as prepared for this conversation as he is to play quarterback. His words are more impassioned than informed, and that’s a problem no matter what your stance on any issue.

Plus, as already said: Kaep is a multi-millionaire.

He should be doing actual good with his celebrity and money. Instead, he’s repeating what he’s done for so much of his career: sitting on the bench.

*I know this wasn’t a police shooting. This was a judicial failure, and reflective of how twelve of the dumbest fuckers America has to offer can become a powerful jury that offers injustice, not justice.

It’s amazing what willful ignorance can achieve. By that, I mean that even though it’s been loudly screamed from the mountaintops over and over and over, “KNEELING HAS NOTHING TO DO WITH DISRESPECTING THE FLAG OR THE MILITARY,” dumb people still try to make it about that. Every NFL player taking a knee has explicitly stated their intention in doing so. If you haven’t listened yet, then me reiterating it here probably won’t pierce your forcefield of stupid.

But don’t think you’re off the hook, whiny SJW heroes. You’re as bad as anyone who hates Kaep, because (the comparison of the American to the confederate flag aside), you blatantly ignore the fact Kaep is a moron who said there’s no difference between Clinton and Trump, and didn’t vote in the 2016 election.

As far as my statement that the Trump campaign was a good thing for America?

I stand by that.

Right now we are seeing the worst America has to offer. Even though Trump has shown himself to be an incompetent, unhinged, unfit-for-office dipshit, he still has supporters. It boggles the rational mind, but it’s true.

Almost 47% of eligible voters didn’t participate in the 2016 election.

Hopefully they, and anyone who voted for con-artists like Jill Stein, will get off their asses in 2018 and 2020.