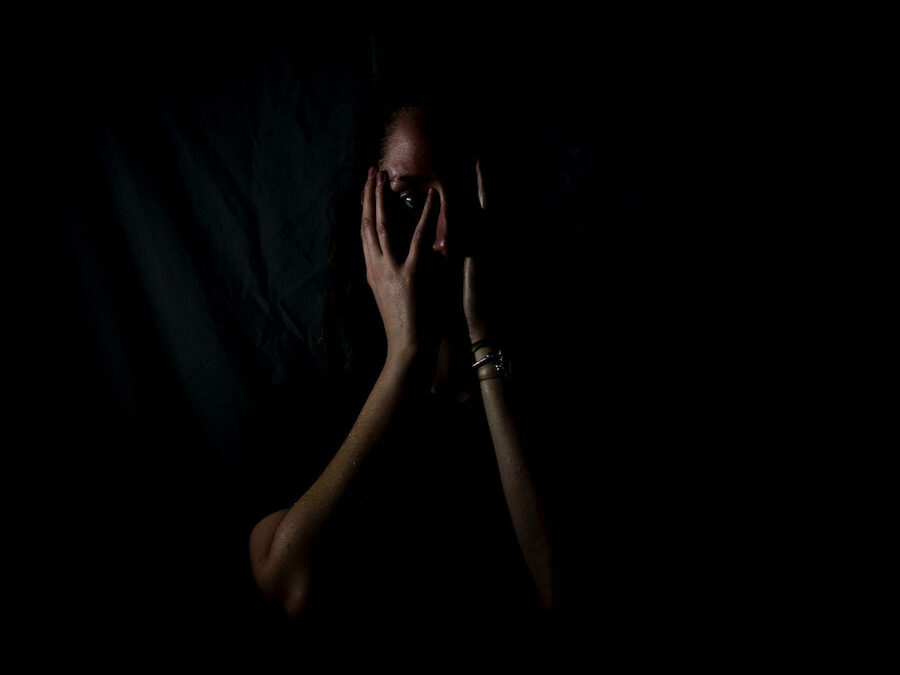 I lived in Milwaukee, Wisconsin, and attended the now-shuttered 38th Street School. At that time, the slide from middle-class neighborhood to decrepit ghetto had just begun.

I was a white face amid a sea of African-American students. I can recall one, two, or three white companions, but most of my friends had a darker skin hue. Which isn’t to say I felt isolated, or different; as a child, what you are surrounded with is “normal.” To me, having more black than white friends was what I knew.

There is one child whose name escapes me, but whose face I can bring up any time I choose. He was my age, and one morning we stood in the southeast corner of the building, on ground level, outside a classroom, talking.

Without warning, he whispered: “Mamma says if Reagan gets elected, black people gonna be back in the cotton fields.”

I didn’t really comprehend his words. As a ten-year-old, they held no historical context for me. But I understood his wide eyes, the nervousness in his voice, and his hesitant body language. My friend was afraid. The way his mother said those words instilled a chill in his bones, which he transferred to me.

My friend walked off, leaving me to digest the sentence.

Why would Reagan send black people to a cotton field?

Within a couple years, my family would move twice, first to a small, then an even smaller Wisconsin town. The transition from big city urban to small city rural was informative; in each, I learned more about bigotry than I ever wanted to know. Slurs were tossed around casually, with the worst of the worst punctuating the air anytime race was mentioned.

I was confused. I didn’t know how to articulate my thoughts, but I knew that everyone in town was white and they seemed to hate a race of people they never interacted with. Given my background, I had no clue where the attitudes came from. I didn’t know how ignorance was handed down generation to generation. I didn’t understand isolation, and the fear of interaction. I definitely wasn’t familiar with media manipulation and how it feeds fear and stokes flames.

When confronted with racist attitudes, I remained silent. As a child, I wanted to fit in and be liked. I never joined in the hatred jubilee; I just learned to bite my tongue.

That changed when I became a teenager and hormones and anger overtook my shyness. Now, as an adult, I am probably more outspoken and belligerent than I should be.

On July 10th, 2015, South Carolina removed the Confederate flag from government buildings. As it tends to do, social media went crazy. The overwhelming consensus on my Facebook and Twitter feeds was of support. Unfortunately, even the most open-and-shut cases of integrity will have detractors.

On Facebook, I stumbled across a white girl in her twenties. She lived in the Midwest, and was cute enough to have never had to self-examine or learn what white privilege is. Her post was a mix of vitriol and arrogance that ended with, “If you support the removal of the flag, then tell me so I can unfriend you!”

As a comedian, it’s my job to expand my base of contacts. It helps me promote shows, sell merchandise, and grow my brand. But at what cost? This girl was a “fan,” someone I was supposed to be courting. Without pausing, I jotted down a quick, “If supporting a symbol of racism is that important to you, feel free to delete me.”

If I thought things would end there, I was wrong.

As many Facebook threads do, it quickly descended into chaos, anger and horrible grammar. Ignorance is glue that binds people. The like-minded find one another and cling together using “safety in numbers” as a shield against outside influence; they circle wagons and latch arms. Soon many of her friends were flying the flag of the Confederate bandwagon.

All the usual terms were spewed forth: “Heritage!” “Freedom!” “Censorship!”

I responded with the standard rejoinders: It’s a symbol of racism, meant to signify the treasonous exit from the United States. It was founded solely on the idea of white supremacy. Censorship means mandated silence; no one forced Amazon or Walmart to stop selling the flag.

Unfortunately, you cannot argue logic against passion, and passion can bring out the worst in people. When you think you’ve seen the nastiest slander possible, they surprise you with just how rotten they are. I knew I was dealing with ugly, but even I was taken aback when I read the words: “Why can’t they just get over it? They’re not in the fields anymore!! Jews went through worse! Yet you don’t hear Jewish people bring it up every single damn day they breath!”

(“Breath” being her choice of words. A nifty one, too, considering “breathe” is what she was probably searching for.)

I stared at the screen in furrowed-brow silence. Who would ever believe something so misguided, much less want to expose their spite to the world? How do you respond to great levels of clueless? It is near-impossible.

I could have explained that the “cotton fields” of today are impoverished schools and gerrymandered voting districts that deny representation, or that “cotton fields” is a metaphor for a justice system that incarcerates African-Americans at a disproportional rate than their white counterparts. Instead, I pointed out Jewish people aren’t witness to Nazi flags flying everywhere, especially on government buildings. While I didn’t want to speak for anyone Jewish, I do believe if the woman were to ask one or two if they’re over the Holocaust, her bubble might be popped.

In my frustration, I also I posted a popular meme insinuating those on the wrong side of the matter were “stupid.” To that, I was called a bevy of names.

I don’t know how to challenge ignorance without resorting to brutal shaming. I do not know how to teach those who ostrich their heads in the ground, and act like children with fingers in their ears shouting, “La-la-la-la I am not listening to Jeffrey but he is still talking!”

It is OK to defend beliefs. It is not OK to throw on blinders and ignore history.

True to her word, she unfriended me on Facebook, and I was a mix of happy and sad.

Happy, because someone like that is no longer even in the periphery of my life. To quote John McClane: “I got enough friends.”

Sad, because it means the woman is entrenching herself further in a mix of unawareness and willful stupidity. Sad, because these people will vote against their own economic interests simply because they have misguided beliefs instilled in them from their parents and support circles. Sad, because it shows that racial progress is made in millimeters, not leaps and bounds.

In 2015, a symbol of racism and treason shouldn’t be debated or voted on; it should be removed, destroyed, and remembered in the history books as a dark period of our history we are supposed to have moved beyond.

The last time I drove past the 38th Street School, maybe 2008 or 2009, the building was boarded up and the neighborhood looked like a war zone. It was a bleak area of economic ruin with little hope of a better life for any child living within its radius.

When I Googled my old stomping grounds before writing this piece, the listing came up “Milwaukee College Preparatory School.” The grounds are groomed, and it is offering the hope of education to residents attempting to break free the chains of poverty.

Here’s hoping every day is another millimeter away from those cotton fields.

Like how I scribble? Buy something I’ve written, here.

Photo by Melanie Wasser on Unsplash