Absorbed by your Significant Other 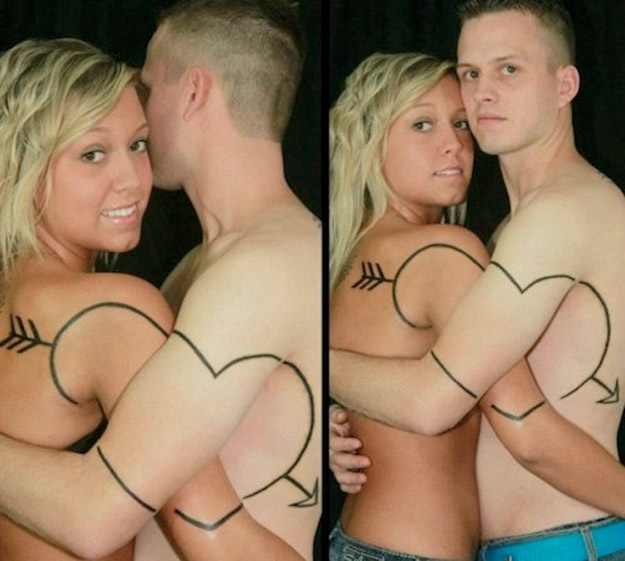 When I moved to Iowa, I discovered my now live-in girlfriend Lydia didn’t know anything about the National Football League.  Iowa has no professional-grade teams, so college dominates their corn-fed sporting consciousness. On the first NFL Sunday of our cohabitation I mentioned I was looking forward to watching football. She was fine with that, so when noon rolled around I fired up the idiot box. Lydia puttered around the condo waiting for it to end, and as the game finished she said with a smile, “Great! Now let’s go do something!”

I responded with a hesitant and somewhat confused point to the television, and grunted, “More. Football.”

Lydia rolled her eyes and went back to killing time.

When the late game finished, she—slightly frustrated but still in kind spirits—said, “OK, most of the day is gone, but it’s still salvageable…”

My darling girlfriend had no clue there was a night game.

Without going into too much detail, yes, the exasperation played out again the next day; “Monday Night Football? When does it end?!”

After that initial dive into the deep end of football, a bit of balancing took place. I no longer watch every single game possible, and Lydia has actually come to root for the Green Bay Packers. In short, Lydia and I influenced one another.

That’s what I believe relationships are about: influence and enhancement. You change for and with your partner, while retaining all the qualities that make you, you. Those intangibles that make you attractive as a person; the reason your mate was interested in you in the first place. It’s a tricky balancing act, and not everyone is able to pull it off.

A friend of mine somehow retains her foundation, yet is a chameleon regarding every superficial interest possible. As she flitters between lovers, her activities shift to suit whoever she’s with.

Yet, beneath all the external changes, she remains… her. Most of her interests mould into that of her lover, but not her personality. I think that’s fair game. Of course, some people go too far, get too lost in relationships, and lose their identity in the process. Which is sad. When you give up your belief system, the people once closest to you notice.

I have a friend I don’t interact much with anymore, someone who got into a relationship with a politically insane person. Where they once spoke rationally, now they spew crazy. My friend internalized their partner’s madness and I no longer recognize the person I knew/liked/respected for years. Sad, but I think it is a side effect of desperation. My friend had been through several failed relationships, and despair is a powerful force: “I better be super supportive of this one, and if I don’t believe everything my lover does I’ll be alone again…” In a relationship, the weaker of the two personalities will always succumb to the stronger.

On the flip side of that example, I have a friend who is a 31-year old virgin. He adamantly opposes changing anything about himself to suit a woman, and states so forcefully: “I will find someone who accepts me as is, and that’s all there is to it.”

Unfortunately, he’s more Steve Buscemi than Brad Pitt, only without Steve Buscemi’s unique charm and likability. Because he refuses to put in the most minimal of effort to be interesting to anyone, he remains single. Even better, he sometimes gets angry about being single, blaming the women who don’t see him for the magnificent creature he spies when looking in the mirror.

Again, it’s about balance. You have to transform, while still remaining your integrity. You can make major changes and retain your inner essence, but only if those changes are positive; change is supposed to be progressive, not regressive.

I’m a walking example of enormous affirmative change. My whole life, I never had an interest in babies or kids. I was beyond vocal with my opinion. Then, my girlfriend put her foot down: if she was to become my wife, we were going to become parents.

I relented, and though it could be labeled as hypocrisy—me flipping on everything I had once stood for—becoming a father didn’t alter my personality in any way but positive. In fact, having children has been the most helpful, life-affirming change I have ever undertaken. 99% of my friends recognize and revel in this. Some mock me playfully; others simply take joy in the new-yet-old me. One has even said I flipped him to the dark side. Once as adamantly against children as I was, watching me experience joy—combined with him finding a woman he truly loves—now he says, “I can’t wait to be a father.”

Change is about meeting in the middle, with occasional trips to the far side of the other when it’s important to them. The trick is knowing what is sacrifice, and what is generosity. Becoming a father might look like sacrifice to some on the outside, but to me it was a generous giving of self. Sometimes when you become more like your partner, you lose things you never really needed in the first place.