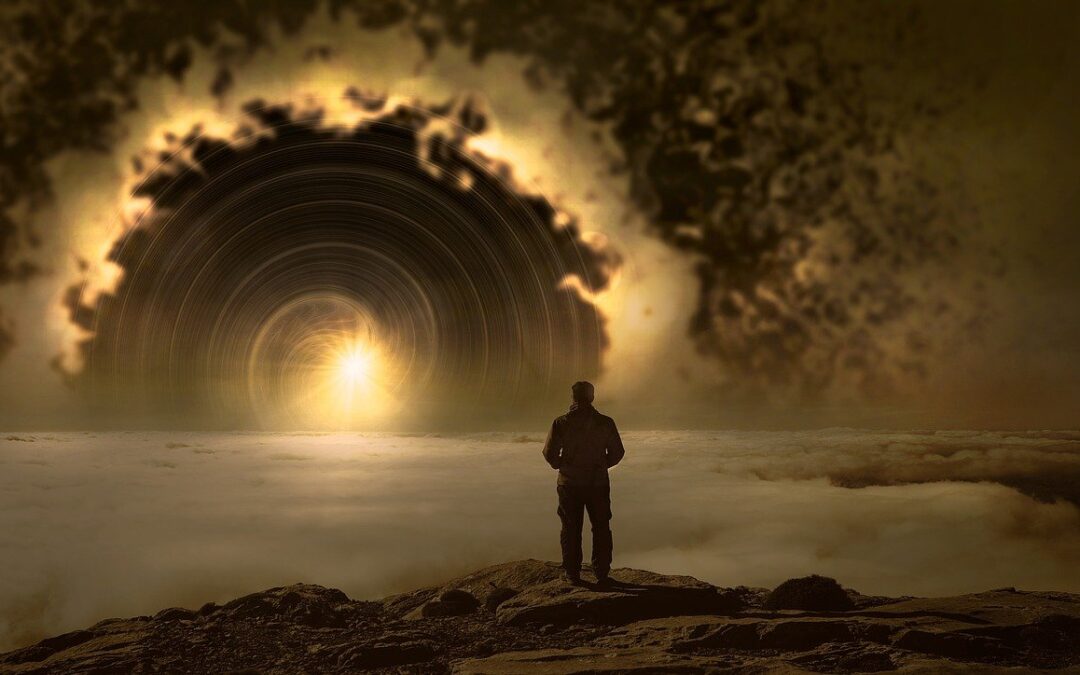 I’m agnostic, which means I believe there’s something out there, I’m just not sure what.

I have enough mental clarity to see that all religions are as man-made as a refrigerator or automobile, but I can’t bring myself to go full blown atheist.

Because every so often I get a nudge, a reminder that says, “Hey, keep that ego of yours in check.”

Some would dismiss it as happenstance; some would call it the hand of God.

I’m not sure what to think.

It is New Year’s Eve, with 1998 breathing its dying gasp and 1999 crowning like a baby’s head. I am in a small, sparsely attended dive bar with my friend Troy. We are here because Troy is a good person.

I will soon betray him.

Seven weeks earlier, five days before my birthday, in fact, the first woman I loved decided she didn’t want to be with me anymore. Silly me, I thought I would spend the rest of my life with her.

Actually, she—Judy—made the decision to end things long before informing me. She just needed to figure out a few things first, such as: “Will the guy I cheated on nathan with be my boyfriend now?”

(You don’t let go of one vine until the next is in your hand, right?)

I haven’t talked to her since the next day, when I dropped off a box of mementos. A locket of hair she had given me, a postcard featuring Man o’ War she sent while traveling, movie tickets from our first date…

(My lord, I have remembrances of yours that I have longèd to redeliver. I pray you now receive them.)

Judy and I met at a restaurant we once worked at. That means most of our friends are co-workers. On this 1998 New Year’s Eve, Judy is hosting a party with her new boyfriend. Everyone is at the party except for Troy; he is kind enough to hang with me, the uninvited.

We are having the discussions people have when one is in the throes of depression and the other is a comforting soul, me saying, “I don’t understand the treachery” and Troy assuring, “I don’t get it. You’re much better than the new guy.”

There is a lag in the conversation, because you can only beat those same thoughts into the ground for so long.

Our silence hangs in the air a moment, a question mark suspended atop it wondering who will pierce the taciturn atmosphere, when Train In Vain starts playing on the jukebox.

The question mark disappears, and an unspoken understanding takes place between us; neither will interrupt the song. Me because I’m reveling in the pain and free-form association, Troy because he is (most likely) tired of my blathering.

The song finishes. Troy and I have not said a word for three minutes and nine seconds. As the infamous Clash song fades into the next arrangement, Troy intones, “Wow. That was like… perfect.”

As I am unable to make sense of my life, I stand and walk out into the night. I have not grabbed my coat, because I don’t need it.

Standing in the cold—records say it was five degrees—I feel nothing. I strip off my shirt and absorb the winter air into my skin. Troy looks on in worry, wondering what this idiot friend of his is up to, but I just stand. Breathing in, breathing out.

I take my leave of Troy. I need to be alone.

He tries to get me to put my jacket on, but I decline. I’ll carry it home. I don’t need it. I’m trying to feel something other than numb, or maybe I’m trying to numb my body so it distracts me from the emotion overpowering me.

I’m fine with that; he’s sacrificed enough of his holiday for me.

And that is that.

I spend the next two years of my life seeing a therapist.

I’m performing in Milwaukee, and have a lunch date with a good friend. There’s a Thai restaurant from my college days I love, one with a dish I’ve been unable to find anywhere else. That the restaurant has remained in business all these years, with that item still front and center, should tell you how special it is.

As I near my old apartment, a wry smile of nostalgia across my face. I pull up to a stop sign and glance my left, right, and left again when my memory kicks in.

I haven’t thought of it in over a decade, but there it is.

The memories of that New Year’s Eve spark in me, and as they do Train In Vain comes on the radio.

I am neither upset nor alarmed, more… “Keanu Reeves.”

My smile widens, as grateful eclipses wry. Though the moment has taken me by surprise, I have already been down this emotional path. It was an incredibly dark period of my life, one of deep pain. When you give your heart and soul to someone and they tell you those items hold no value, it attacks your self worth.

I became a very bitter person, but eventually worked through it all and now look back on it as one of the best things to ever happen to me. Had I not been dumped, I wouldn’t have eventually met the woman I married, and I wouldn’t have the two children I love more than life itself. Had I not learned the pain of emotional infidelity, I might not be the loyal mate I am today.

Not long after that New Year’s Eve I cut off ties with anyone “stuck in the middle” between Judy and me. I didn’t want to force an ultimatum on anyone, but couldn’t be around them; I couldn’t be reminded of her constantly if I was to ever heal. Troy was a good friend, but I couldn’t know that on Monday he was hanging out with me, and on Tuesday Judy. Maybe saying I betrayed him is too harsh, but I know he was surprised and possibly angered by my action.

Though I hold no regrets, now that everything is so far in the rearview I almost wonder what it would be like to talk to Troy, or any of the other friends I shared with Judy back then.

To return to the beginning of this thought process, some might call that precise song playing at that precise moment the hand of God. Others would call it random.

As I relived a memory that hadn’t fired across my synapses in years, having thoughts of appreciation for all I went through, all I could think was:

D: It is written.

I just don’t know who the author is.