It’s the Little Things in Any Marriage 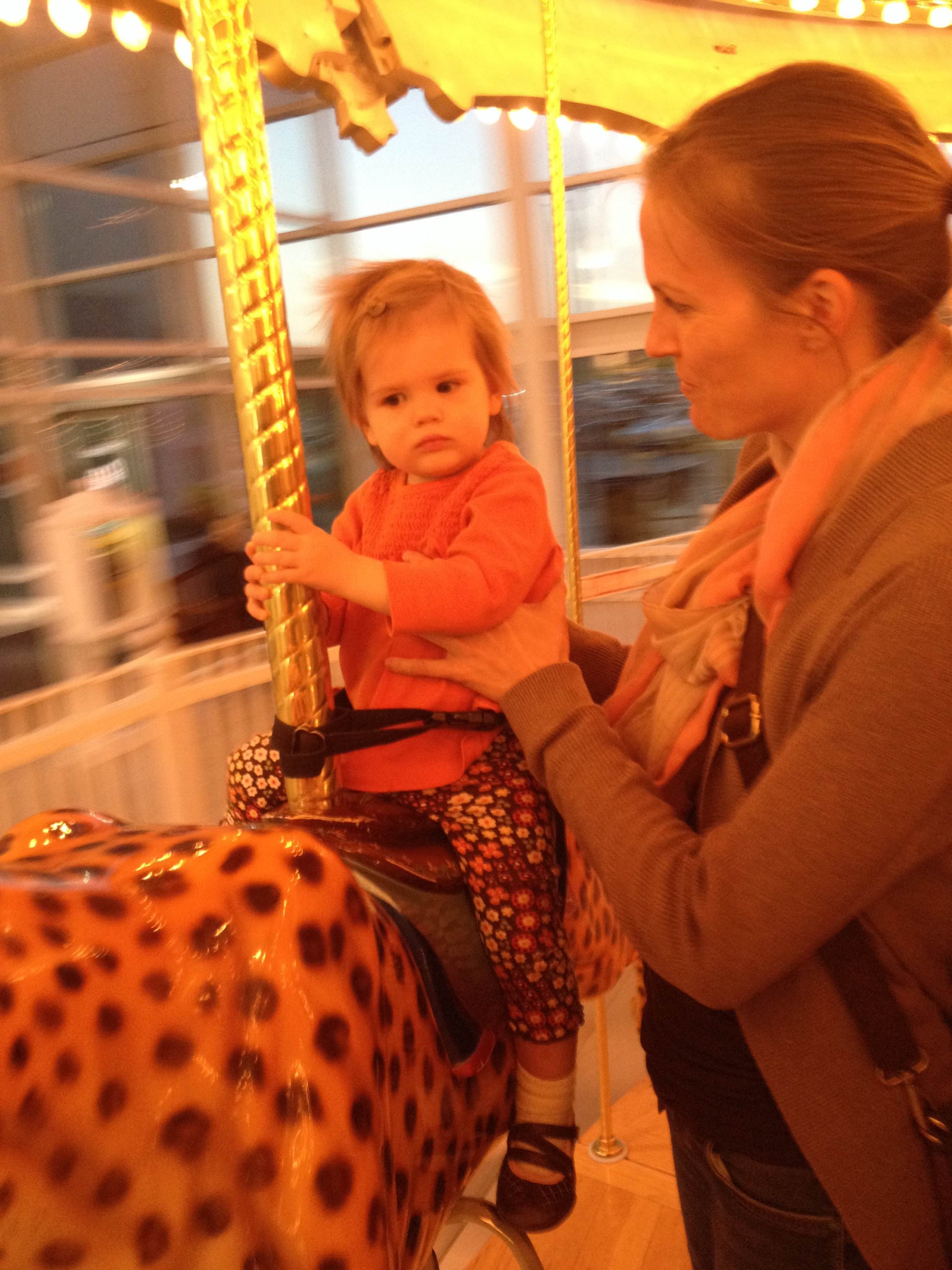 On Friday, October 25, 2013 (year of our Lord, Praise Him. PRAISE HIM.), my daughter Hillary took her first carousel ride.

It was mostly uneventful; when the rig started moving, she was a little startled, but overall nothing to write home (or a blog) about.

(Side note: did you know carousels have seatbelts now? Seriously. You spin in a goddamn circle, slowly, and ride a plastic horse (or unicorn) that goes up and down. Slowly. And because America is the leading exporter of pussy—and not the good kind—if you ride a carousel, you have to wear a seat belt. By 2020 you’ll probably have to wear a Goddamned plastic helmet, too. Christ.)

Naturally, as parents, the Mrs. and I took several pictures, and even a little video. Actually, I wore the robe of Ansel Adams and did all the picture snapping. Considering Hilly’s age and stability issues—she’s a Weeble-Wobble that does fall down—Lydia stayed by Hilly’s side.

(OK, maybe I could understand safety belts for one-year-old kids, but everyone had to buckle up, which is absurd.)

We rode our ride, visited the Children’s Museum, and went on our merry way home.

At some point later in the evening, I received a text from a friend. It was a simple text, “Did you see the pic of the ‘Clown Pirate Hitler?”

I responded I had not.

A few moments passed, and my phone dinged; I had a picture.

A picture of “Clown Pirate Hitler.”

Or, more accurately, I had a picture of my friend’s ball sac done up in a wig, mustache, and googly-eyes. Because that’s how my friend rolls.

I laughed, and showed Lydia, who howled her disapproval; “Don’t show me that shit!”

That night while settling in to bed, Lydia realized she hadn’t seen any of the day’s carousel pictures. I held up my phone, and we right-swiped through all the precious moments we had going round ‘n’ round, and up and down with Hilly.

“I like this one,” Lydia said, picking out a particularly endearing image (defined as: one she thinks she looks good in). “Send it to me.”

And so, a few seconds later, my wife’s phone went “ding.” She casually prepared to place her darling new image on some form of social media or another…

…and then “Nathan!” was shouted, and I was the victim of numerous spousal-abuse blows to my body.

Why she didn’t see the ball-sac picture coming is beyond me.

It was such an easy throw.

I giggled myself to sleep through the bruises on my body.

When I awoke, I lamented the fact I probably won’t get laid for a week because of my “antics.”