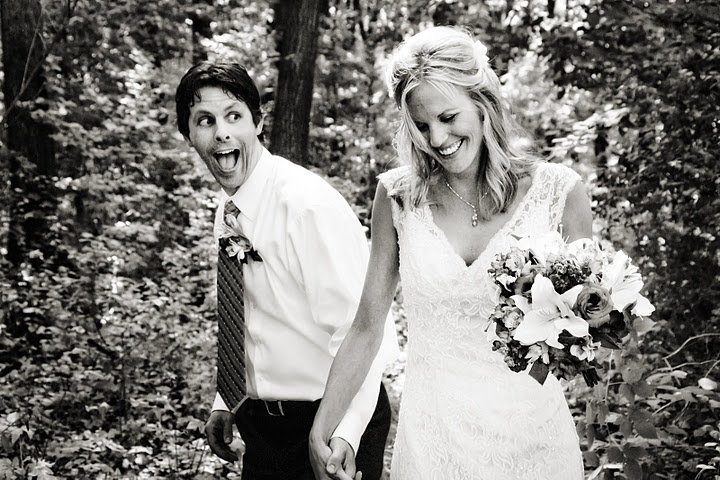 “Can I ask you a personal question? Feel free to say no.”

I find such leads interesting, because nine-point-nine times out of ten, I have no problem with what is being requested of me.

Regardless, as that precursor to the actual question was asked of me, I nodded amiably; I was indeed game to the coming inquisition. In other words: bring it.

“I take it your wife makes more than you do…”

Part of me wanted to correct him. Not on the assumption, in that was dead on; my wife is absolutely the bigger breadwinner in the family. What I wanted to correct was the format of his sentence and say, “That’s not really a question, it’s more a cautious hanging statement, where you trail off at the end and wait for me to verify your belief, because you’re too meek to actually ask what you want to know.”

I understand polite, but I don’t understand timidity. If you’re going to ask something normally considered “rude,” then ask it. Diluting offense doesn’t actually work.

Now, all that said, in no way was I bothered by either the assumption or the question. My wife has a Master’s Degree from a well-accredited University. She has been working her way up the professional ladder since graduating with her Bachelor’s, and now has the added benefits (and income) of being an adjunct-professor, having created her very own class from scratch which she presents to the young minds of tomorrow weekly.

So of course she earns more than an unknown comedian. Anyone who would believe otherwise has not thought things through very well.

This income disparity doesn’t offend or bother me; in fact, I’ve never understood the male pride of being financially dominant in a relationship.

When it comes to the basic necessities, I pull my weight; our bills are split down the center 50/50. I leech in no way. But, there are limited occasions where my wife absorbs the cost of an expense. We call those instances “her wants.” There are home improvement ideas she has that do not interest me in the least, and her sister set her on this path of little resistance regarding these situations. She told my wife that sometimes it’s just not worth it to argue over something.

For example, if she believes that the yard needs more flowers, while I couldn’t care less about flowers, it’s easier for her to just buy everything using her own money. That way, when the monthly bills arrive I don’t get irritated and bellow: “Why in God’s Great Name—pause for genuflection, praise Him—did we spend $50 at Lowes!?”

Not that this approach hasn’t bitten her in the butt on occasion. For the longest time, she wanted to own a King Mattress, a purchase I was against.

My wife likes to sprawl out at night. It is as if she cannot find peace unless situated diagonally across the bed, with one arm stretched out above her head, the other extended to the side, and both legs flailing haphazardly wherever they may fall. Add to this situation a cat that likes to sleep on my pillow and a dog that has to be touching me at all times while asleep, and you’d think that I would have been the one begging for extended space.

When I sleep, I’m pretty much in “corpse” mode. Ever since moving in with my love I have been relegated to the very edge of my side of the bed. I take up exactly the width of my body in space, and no more. I wasn’t sure how getting a larger mattress would change anything, but was willing to listen to her reasoning.

She devised a plan: the purchase would come out of her bank account, and if I enjoyed it, then I could pitch in and pay for a portion. She did some advance research, brought me to the store, and I reiterated my stance: “I’m against buying anything new.” I then gave my opinion of her options, choosing both the softest (and unfortunately most expensive) of the lot.

My wife threw down her credit card; our bedroom was re-arranged to create optimal living space and a sense of functional feng shui, and we settled in.

When the bill for the new mattress came due, I smiled and said, “This one’s on you, sweetie.”

She pouted, but paid it in full.

For the record, things do fall in her favor. When I wanted a nice iPod docking station, I didn’t ask her to chip in just because she might use it every so often. In that case, music was more important to me, so while we picked one out together, I threw down the cash alone.

So, I’m fine with my wife earning more than me.

I pay my half of all the “real” bills, and continue to save for the future on the side. I think she put it best herself, once, calling me her “little schoolteacher.”

“You may not be an executive banker, pulling in six figures a year,” she explained, “but you make about as much as if I had married a small-town teacher. Plus, you make people laugh. That’s really important.”

I do believe I love her.