Comedy is Hard. Gratitude is Harder. 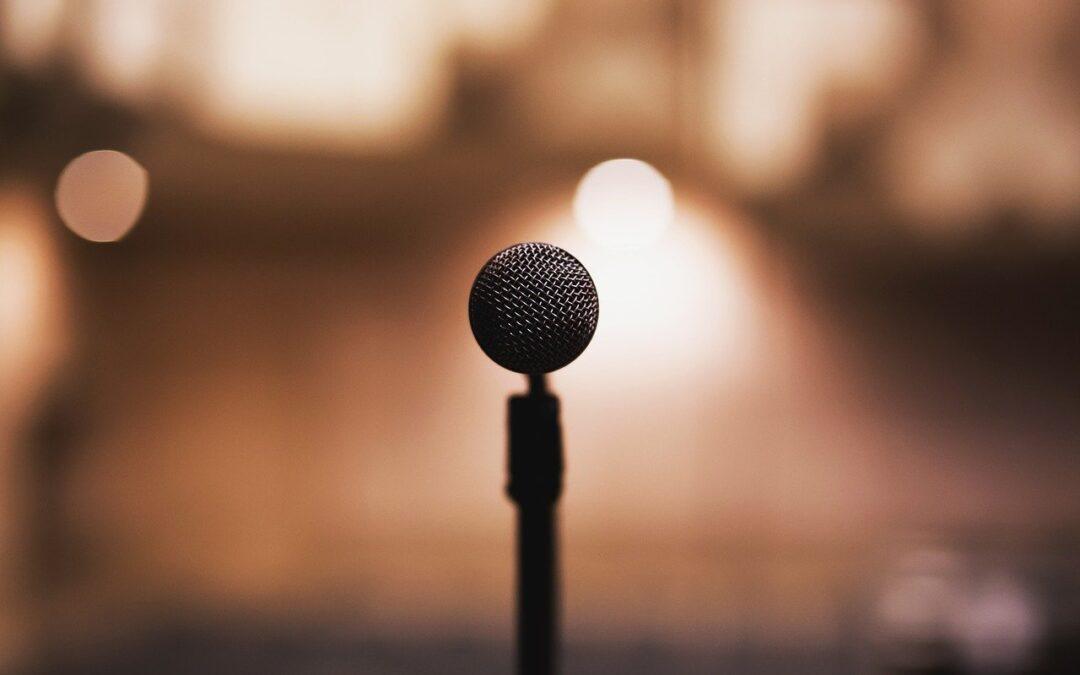 This story begins a little over fifteen years ago.

I was in a small, Midwestern town, slated to open for a comic on the cusp of being huge. There was intense heat surrounding him; industry buzz that said he didn’t have to reach out and grab the Golden Ring, it was being handed to him.

A half-hour before showtime, I arrived at the club and made my way into the green room. The soon-to-be-famous comic was there, so I stuck out my hand, and introduced myself: “Hi, I’m nathan, your opener.”

But his look wasn’t inviting.

He didn’t respond, and turned his back to me.

My dangling hand remained in the air a moment, and then I shrugged and left the green room with the thought, “Wow, what an asshole.”

The comic didn’t say a word to me all weekend; that moment was the closest thing we had to an interaction. I’d do my thing on stage, then he’d take the mic and complain about his wife and daughters for an hour. It was what it was.

After those shows, the buzz proved itself correct; the comedian went on to get his own TV show, then a couple specials, and then another TV show after the first one ended. He hosted SNL, and was praised for his daring and unique takes on life. Critics sang his praises, comedians championed his brilliance, and audiences flocked to his shows.

I watched all this through slightly bitter eyes. Whenever his name came up, I’d flash back to our weekend together, then do my best to get on with my own life and not worry about his.

Then the #MeToo Movement arrived.

Turns out, the comedian I’d worked with had some skeletons in his closet.

(Which, in a way, might describe his irritation with me. If your kink as a married man with daughters is having your female openers watch you pleasure yourself, having me as your warmup act ruins your weekend plans.)

After forcing voyeurism upon these women, his manager would then reach out to the female comics and inform them, “Tell anyone about this and I’ll ruin your career.”

Because why not follow up something horrible with something worse?

Personally, I’d never really spoken publicly of our weekend together, because I preferred to be someone he forgot about than someone he actively didn’t like. If I went around telling people, “Man, that guy is a dick,” then he’d have every opportunity to tell clubs not to hire me.

I was working at a small room in St. Paul, Minnesota.

The Friday show had gone exceedingly well, so much so the manager said, “I’ve never heard laughter like that before.” High praise that I ate like candy.

I arrived Saturday giddy in anticipation for more of the same.

That Saturday show was at about 95% capacity, and I was excited. Then my opening act mentioned in passing, “Pretty good of us to have a packed show, considering the cool club over in Minneapolis has a celebrity comic.”

Of course he was talking about the guy from my past, the douche canoe from the green room who had harassed women.

For a moment, I was torn.

Part of me really wanted to be angry, or bitter.

Though he’d gotten a slight comeuppance during #MeToo, he was still out there, touring, playing to bigger audiences and earning tens of thousands of dollars more than me.

I actively felt like resenting his success, but then I remembered, there is nothing either good or bad, but thinking makes it so.

Nothing, really. I was made aware of something that didn’t have any effect on my life. That’s it.

There is nothing either good or bad, but thinking makes it so.

I could flash back to the weekend where the celebrity comic had been an asshole. I could think about all the stories that had been uncovered about him over the years, I could pout and be upset about him being rich beyond words, getting booked as easily as snapping fingers…

…or I could be grateful for what I had right in front of me.

I decided to get my Dr. Klahn on.

What was the point in putting myself into a bad mood, especially right before going on stage?

The audience about to watch me had paid their hard-earned money to see an unknown comedian, and they deserved to have as good a time as if seeing a celebrity.

There is nothing truer than that. You can either accept things as they are and be grateful for what you’ve got, or gripe about what you “deserve.”

I’ve had my bouts with the bitter and envious side of things, and they didn’t get me anywhere. Having gratitude in my heart seems to work better by far.

I’m not saying it’s easy, that it comes naturally, or that I don’t slip up and slide over to jealousy every once and a while. But I do my best to be aware of my failings, step back, and realize that negative emotions are unhealthy and come at a cost to your health.

After making my decision to be grateful that night, I went up and had a particularly fantastic show.

Afterwards, an overwhelming number of audience members stopped by to tell me how much they enjoyed my act. Some gushed about the amount of fun they’d had, but others made it a point to express how much they really connected with me.

Two transgender women thanked me for talking about transgender issues from a straight fella’s point of view in both a funny and respectful way.

“All too often, we’re the butt of the jokes,” one explained.

Following them, a man in a “From My Cold Dead Hands” NRA shirt approached me with a wide smile, shook my hand, and said I was politically incorrect “in all the right ways.”

Those appreciations were incredibly rewarding, as we live in a day and age where I’m supposed to only appeal to one of those two demographics.

I’ve never been interested in fame or fortune; I’ve just wanted to tell jokes at a level that allows me to get by in life.

Maybe I’ll never “make it,” but who knows?  And if I do, I’ll do my best to avoid becoming the asshole in the green room. Hold me to it.