The Sweet Surprise of Squid Game 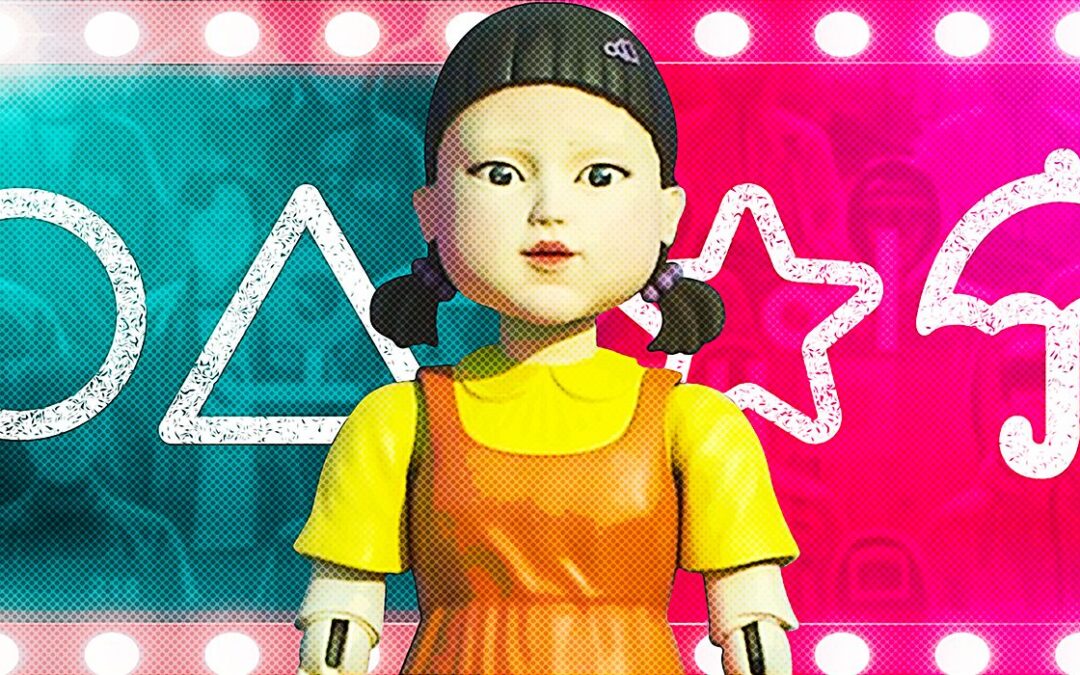 I remember sitting in the theater with my friend Jessica.

Less than five minutes into M. Night Shamalamadingdong’s The Village, I turned to her and said, “If the ‘twist’ is that they’re living in modern times, this will be the stupidest movie ever made.

Both the “twist” and the stupidest movie ever made.

(Until Lady in the Water, that is. Or The Happening. Or Glass. How one man can be repeatedly given money to make ever-worse films is beyond me. I can’t comment on After Earth or The Last Airbender, which rock 11% and 5% respectively on Rotten Tomatoes, because I haven’t seen them. Why would I? Why would anyone?)

Unlike those movies, Squid Game—the current Netflix sensation—had a completely organic, you-should-have-seen-it-coming “twist,” because it’s not so much a twist as it is a logical reveal. It’s a linear progression of the show that takes you by surprise.

When Oh Il-nam is outed as the billionaire behind everything, it makes sense.

The show gives us every clue along the way, and I took absolute note of each one as they happened, but it was only in retrospect at the point of reveal that I slapped my head V8 style. While watching, I was too enthralled by everything to be analyzing anything. Because that’s what great art does: it keeps you enthralled, so you’re not bored and picking it apart.

First off, Oh Il-nam is number-Goddamn-one, the first contestant. That right there could have been enough; it could have made him the cook in The Hunt for Red October. Introduced, and then whisked away until the end, when it’s exposed just how important a character he is.

But no, Squid Game kept taunting us; challenging viewers to figure it out.

When Oh Il-nam joyfully moved forward during Red Light/Green Light, completely oblivious to the death surrounding him, I laughed.

When he was the deciding vote to let everyone go home, I found it interesting.

When he “randomly” bumped into Seong Gi-hun in the real world and said he was going back in, it seemed too random to be random, but so be it. Stranger things happen in life.

His elevator speech on how to win at tug of war? What a huge clue. It’s a Goddamn flashing neon sign, actually.

But the big one to me, one I actively noted and ignored, was his “death” after the marble game.

Every single loser to that point was shown dying in graphic detail. Yet when Seong Gi-hun left the room, we heard a gunshot, but the violence against Oh Il-nam wasn’t shown.

I actively thought, “That was odd. I wonder if he’s still alive,” and then immediately brushed any suspicion aside and went on enjoying the show.

So, when he popped up in the last episode in the hospital bed, I wasn’t surprised, per se, I smiled a wry smile and shook my head.

Ya got me, fuckers. Ya got me good.

Because that’s what great art is supposed to do: give you everything you need to figure the whole thing out, yet prevent you from doing so because you’re too distracted by everything else going on.

One last thought: some folks are comparing Squid Game to The Hunger Games. Which, I guess I get; everyone likes to relate something to something else in order to make sense of it.

Thing is, when I read The Hunger Games, all I thought was: So… someone read Battle Royale, and said, “Hey, I should re-write that, only less interestingly!”

Squid Game openly admits it was influenced by Battle Royale, and therefore honored the concept with an original twist.

Hey, please give my book a gander over on Amazon: https://amzn.to/3sDnJrj