5 Reasons You Should Play with Your Kids 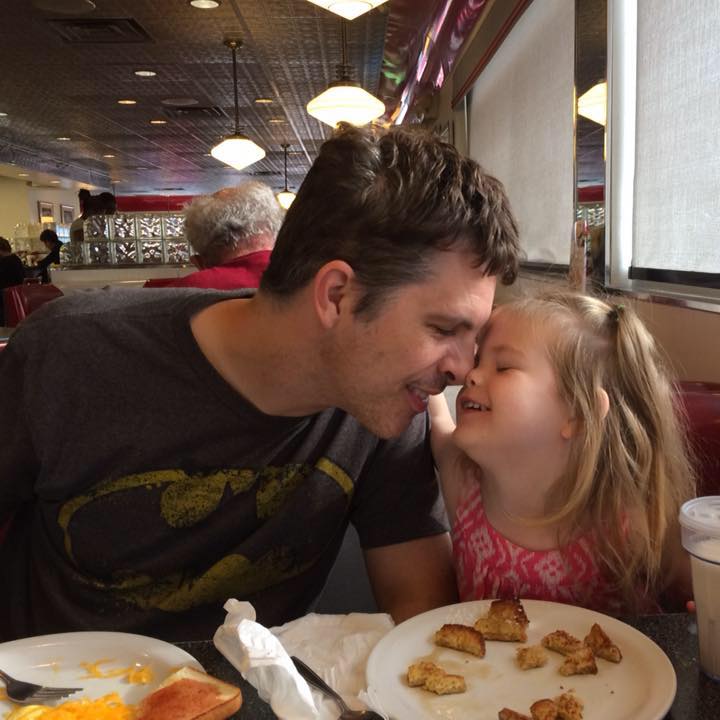 All summer, I’ve been taking them to either the local playground, or, when the mercury brushes up against the 90-degree notch and humidity hovers around 1,000,000%, to an indoor squishy-floored play area.

While doing this, I have noticed three basic parent types. 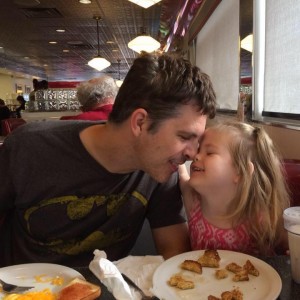 You Should Also Eat Breakfast with Your Kids

The last is somewhat rare, like a listenable One Direction song. You can stumble across one or two, but not very often. I am an interactive parent, and without meaning to, I occasionally embarrass other adults at the playground.

When at a park, I run around and climb structures with my daughter. “Daddy sit here!” is her laughing battle cry as she asks me to plop down next to her on a double slide.

When at the indoor squishy-play area, I’m on the floor with my son, allowing him to bear-crawl after me under bridges and through tunnels. He laughs with glee the whole time, especially when I turn around and tickle-attack him after he “catches” me.

Cell-phone parents watch this somewhat ashamedly, the thought “Should I be doing that, too?” written across their faces. The embarrassment grows when their kids take note of the laughter and joy encircling my kids and me, and rush over. Sometimes they stand on the periphery of joy, a hesitant smile asking, “Can I join in?” Other times I have been playfully-tackled by children I’ve never met; they decided then and there they were going to enter the fray, caution be damned.

I watch as cell phone parents grow uncomfortable. They put the electronics away and do their clumsy-best to play with their child, which tends to look like someone on a first date.

Their fear is palpable, and “If I get down on all fours and crawl around, I’ll look silly” shows in their body language. Sometimes they try to maintain an air of composure while playing, which makes them look all the more silly, but you know what? It doesn’t matter to their kid. No matter how embarrassed the adult feels, every single time I see one of them start interacting with their child, the child’s face lights up like it’s Christmas Morning.

I became interactive by accident. One day my daughter and I showed up at a play area before anyone else. She was around 2-years-old, so as she waddle-walked around and attempted her best to climb everything, I joined her. I made silly faces, pounded my hands on whatever was available for hand-pounding, and did whatever possible to to keep her amused.

When other kids arrived I backed off a bit, allowing her to make friends. Every so often, however, I noticed her glancing over at me. Ostensibly she wanted to make sure I was there, but more subtly I think she wanted to make sure I was still paying attention to her. Every time our eyes locked, she’d smile. I’d smile back, and then she’d go back about her important toddler business.

As I looked around and saw those lost in their phones, I wondered what their kids thought when they searched for parental approval. Probably nothing, but over an extended period the idea “The phone is more important than me” could creep in.

With that, I decided to be conscious about phone use when out with my children. When I can, I leave it in the car so I’m not even tempted to play around.

There are always nostalgic cries about “The way things used to be,” as well as complaints involving “Kids these days,” but sensibilities aren’t formed in a vacuum. Parents guide kids, and parents have changed. Adults are as distracted as kids now, either working or killing time on their electronic devices constantly.

Which I get. Taking a child to the park can be as much a respite for the parent as it is playtime for the child. Parenting is hard, but to borrow from Jimmy Dugan: “The hard is what makes it great.”

If society wants to say “Kids are different,” then society has to take a long look in the mirror. My kids might grow up to be hyperactive little monsters that I failed to raise correctly, but it won’t be due to lack of effort.

So, all that aside, here’s the list I promised in the title of this piece, “5 reasons” you should play with your kids:

The rest is just exposition.