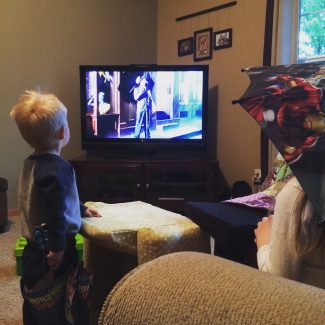 Several months ago, the Mrs. and I decided to join in the fun and cut our cable cord. 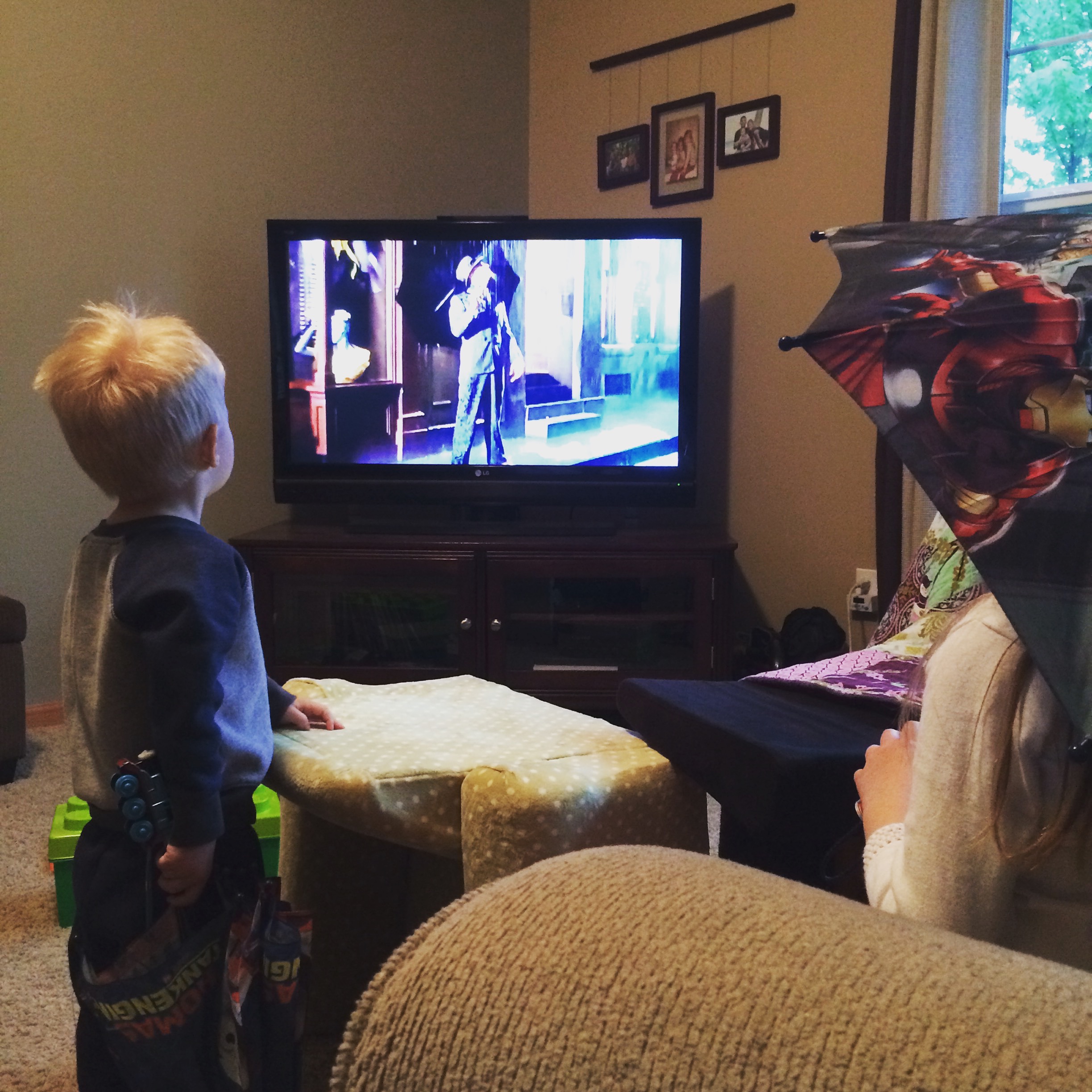 My kiddos, watching an appropriate movie during a thunderstorm.

Prices had gone sky high, all the cool kids were doing it, and most importantly: we felt we weren’t getting our money’s worth. If you watch five channels, why pay for 500?

The one thing that had been holding us back were all the PBS Kids shows we had on DVR. Any time we needed 25 minutes to clean up the house or get something done, we’d pop on an educational program and bam: the kiddos—ages 5 and 3—were enthralled.

Upon doing very limited research, my wife discovered that simply by buying Roku, we could get the PBS Kids app and have access to all their programs on demand. That was it; the proverbial straw that snapped the cable’s back. So to speak.

Before last week, it was been the best decision we ever made. Unfortunately, PBS Kids just updated their format, and the way episodes play.

Until recently, if you used the PBS Kids app, when one episode ended, that was it. After the show was over, everything reverted to the menu screen. This means to watch another episode, you had to pick up your remote and physically push a couple buttons in order to start a new episode or show.

Now the episodes auto-play; when one ends, the next begins automatically.

To be blunt: I hate it. I hate it with the fire of a thousand suns.

Why? For one thing, it’s much easier to limit screen time if when once an episode is done, the TV sits dormant. If another episode begins on its own, the child watching becomes immediately invested in it. Ever try and drag a three-year-old away from something they absolutely want to do? It doesn’t matter if it’s watch a TV show or play with a toy; once they’re focused, they’re focused.

With my kids, when I’d turn the TV on I’d tell them: “OK, you get one episode, and then the TV goes off.”

They understood that. When one show would end, if I didn’t happen to catch it because I was, say, cleaning up the cat poop sitting outside the litter box—seriously, could the cat just poop inside the box just once? Is that too much to ask?—the menu screen would pop up, and they’d get bored and toddle off.

Is any kid going to get up and leave on their own if a second episode begins immediately after the first one ends?

I’m trying to wrap my head around the change, and I can only come up with two reasons why it may have happened: either PBS Kids wants kids watching more TV, or maybe some parents requested the change because they like the idea of an electronic babysitter.

I’m not a fan of either of those motives. While I get PBS wanting more eyes on it at all times—it’s a network, and that’s what they do: air programs for consumption—I can’t imagine a parent enjoying the ease of auto play.

Time gets away from you as a parent; if a child isn’t actively hanging on your leg demanding attention, it’s easy to put the dishes away, make the beds, start making lunch, and before you know it your kids have watched four episodes in a row.

Having to physically stop what you’re doing, pick up the remote and start the next episode… that puts you in the game.

When you have to actively start each new episode, you’re more aware of what’s happening and more likely to say, “You know what? You’ve watched enough TV. Go play.”

We live in a society where we want everything to be easier. Fast food was invented because we didn’t like cooking. The drive thru followed, because we didn’t want to get out of our car and walk into a restaurant. Now there are apps that allow you to have Taco Bell delivered to your house. If we’ve gotten so lazy we don’t have time to pick up a remote control every twenty-five minutes and push a couple buttons? Within the next few years we’ll probably just sit on a couch and be force fed our meals like foie gras geese.

Looks like the humans in Wall-e are our actual future.

(Note: I tried reaching out to PBS Kids via their Facebook page, but it doesn’t allow you to message them. When I wrote a post for their wall, I received the pop up: “The people who manage this page will review your post.” It’s been over a week, so I guess they’re still “reviewing” it, because they definitely aren’t responding to my inquiry regarding the change.)

like how I write? give a listen to how I talk…