The Wonderful World of Public Restrooms 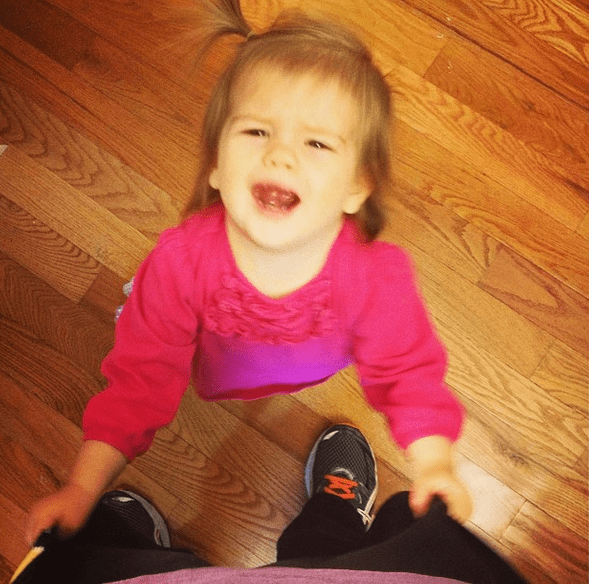 I have written this before, but it is absolutely worth repeating: I cannot wait until you have reached the age where you are no longer fascinated with my bathroom activities.

This week, you had extra special fun with me “going number one,” because it happened in a public restroom. We attended Music Time With Nancy, a multi-week class we signed up for in order to get a little socialization into you. It was the first class for me—last week Mommy and Grandma Diane (Mommy’s mom) took you—so I wasn’t too sure of the protocol.

We walked in as everything was about to start, and Miss Nancy asked me to put a nametag on you. Since you were wearing—as you usually are when I am in charge—a Batman outfit, I wrote “I’m Batman” on the tag. Not only would it represent accuracy, it was also a nice bit of nostalgia for those who would get the dual meaning.

All the other parents giggled, meaning my stupidity was a success.

I cannot explain why, but I’ve always lied on my nametags. Early on in our relationship, it caused a minor moment of friction between Mommy and me. We were attending some sort of nonsensical social get-together, a “Young Professionals” event. Someone created the gathering under the guise of “Building connections with people in the community!” and with nothing better to do, Mommy suggested we go network.

Upon arrival, we were given nametags to fill out, and without even thinking, I grabbed three. I began writing, and before I knew it had scribbled “Xenu is my God. Ask me about Scientology. I <3 Tom Cruise” across them.

I plastered the trio to my chest, and went about entering the room when Mommy grabbed my arm.

“You can’t wear that, it’s embarrassing!” she hissed.

“To who?” I asked, bewildered.

Mommy was anxious, but I wandered off with my head held high: time to meet new people.

I don’t know if this needs said, but my nametags were a hit. They garnered more attention that night than just about anything else. Were they funny? Maybe, maybe not. Were they different? Yes. And different is all that mattered. In a sea of social normalcy, I had done something just a smidge off, and that was Robert Frost’s road less traveled. Where my idiotic mind thinks it’s normal to write stupid things on nametags, it doesn’t even cross the thoughts of most folks, so my idiocy was (in the very least) an icebreaker.

Back to Music Time.

We completed our session with ease, and you, dear one, had bunches of fun. You danced (a bit), shook musical shakers, hit timing sticks together (albeit to a different beat than the music), and both laughed and smiled. Because you were happy, I was happy. Watching you revel in the silly events made my heart grow three sizes that day.

(Or some other stolen reference involving love.)

After class ended, you wanted to explore the rest of the recreation center where Music Time was being held, so we wandered hither and dither, to and fro. You spun the handles on the foosball table, reached your wee hands into the pool table looking for the cue ball, and eventually wandered into a corner of the room and paused.

I knew what was coming next.

You turned and looked at me, your little face and delicate features growing quite stern. A hue of crimson appeared around your eyes as you concentrated; something serious was taking place.

You, my dear, were pooping.

Your poop face is hilariously endearing. It is a wonderful beacon with which to let Mommy and me know what you are up to, so we can change you quickly and not let any of the nasty stick to your skin and create a rash.

When you finished impersonating a bear in the woods, I scooped you up and away to the bathroom we went. I placed you on the changing table, took your stinky diaper off while you squirmed (and managed to plop a socked foot into the poop; kudos to you on that maneuver), and tossed everything into the handy-dandy wastebasket by the sink.

I then reached into the diaper bag… and discovered no spare diaper. Nada. Zip. Zilch. Oh, the joy I felt in that moment.

I looked at you and sighed.

Technically, I should have checked the bag for all necessary supplies before leaving the house, but since Mommy was the last person to change you in public, I felt it easier to blame her for the lack of necessary provisions.

I pondered the idea of plucking the dirty diaper out of the garbage, scraping it clean and re-using it, but you had piddled as well as pooped, meaning it was trashed. Because you had seemingly vacated all your waste, I decided that going diaper-free until we got home would be safe. And if not? Well, that’s what a washing machine is for.

I put your pants and shoes on, helped you to the floor, gathered up the diaper bag, and we made moves to Elvis the building. While doing so, however, I decided it wouldn’t be a bad idea if I paused to relieve the pressure mounting on my bladder.

Which is where things got tricky.

I had hoped you would wander around safely and ignore me, but your interest in my bodily fluids knows no bounds. The instant I started a healthy stream, you tried to scooch as close as possible in order to get a glimpse of what was happening.

Now, I’m no prude, and I know you’re just curious, but it’s not an image thing. I don’t mind you seeing me naked (and lord knows you do constantly), but in a public bathroom things are sketchier than at home. I didn’t want you getting too close to the urinal, because the multitude of less-than-hygienic people using it daily creates a surface unsafe for a toddler’s hands. Or anyone’s hands, for that matter.

I began to pivot while I peed, as if playing basketball. My foot was constantly in motion, turning my body, blocking you, frustrating you… I thought all was won when you disappeared behind me, but no, victory was not mine to have.

A moment later you re-appeared and rushed right up to the next urinal, the one aside me. You grabbed hold of the lip and happily arched your chin up to look inside and see what it was.

After my bladder emptied a few seconds later, I scooped you up (to minor protest: Daddy! I wanted to see in there!) and rushed you to the sink. I fired up the warm water, rinsed your hands, soaped and scrubbed them, rinsed them again, paused, lathered them up a second time, performed a surgeon’s sanitizing ritual, and then rinsed them a third time.

Had I been so conscious, I would have then grabbed an anti-bacterial wipe from the diaper bag and battled all the germs on your hands with that, too.

Frustrated with my inability to be a decent father, I carried you to the car, buckled you in your seat, and watched with sad eyes as you shoved a thumb in your mouth.

Telling Mommy about the story later, she smiled and said, “She’s going to get hepatitis on your watch, just you wait.”

My hope is instances like this won’t happen when you realize that waste exiting my body isn’t in the least exciting. But until that day, I will no longer use a public bathroom if you’re with me. Better to soda-bottle it while driving than allow you another opportunity to do that ever again.

PS: I really do <3 Tom Cruise.  If you haven’t watched Oblivion, Jack Reacher, and Jerry Maguire by the time you’re reading this, I’ve really failed you as a father. More so than if I’ve allowed you to get hepatitis from a urinal.