An Ogre By Any Other Name 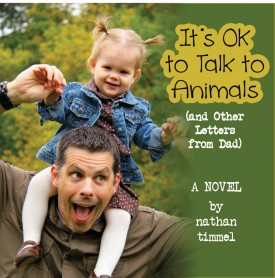 I’m heading to Minot, North Dakota, this weekend, which had me recalling a moment from years and years ago. I was in Bismarck on a Tuesday night, because someone thought Tuesday Night comedy would be a good idea.

A whopping seven people were in the bar, and that included the bartender, waitress, and manager. So, four audience members. Two couples, sitting several tables apart.

It’s rarely fun performing a by-the-numbers act for such a small assembly of folks, so in such situations I talk to everyone. That night I discovered the two female-halves knew and did not like one another, hence the reason they didn’t sit near one another in a wide-open room.

One was a tiny waif of a woman, the other more Shrek-like in appearance and attitude. The waif was a mother of three, which you never would have guessed from her size. She was forever going to the bathroom, which led me to believe she was putting something up her nose rather than expelling anything from her bladder.

During the frequent breaks, I learned a little about Waif, because Shrek was more than willing to dish. My favorite nugget of information was: “Did you know that while she was in jail, her mom slept with her boyfriend?”

Well, no, I didn’t know that. There would be no way for me to know that. But I laughed upon hearing it.

At one point, Shrek and Waif decided to get into it. Not physically—which would have been no contest—but verbally. I half-mediated the proceedings, while every so often tossing in a nugget here and there to enflame things.

I can’t pretend I remember 99% of what was said that night, but two comments stick with me. One was the aforementioned “boyfriend/jail” bit of hilarity, the other shot forth from my mouth. Sometime during the volley, Shrek let fly a bit of snark that seemed a bit cruel: “Do you know why she’s so thin? Meth.”

Without thinking, I responded, “You know why you hate her? Because she’s had three kids and is skinny, while you look like you have three kids in you right now.”

Six of the eight people guffawed.

Shrek, not so much.