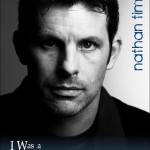 I am a comedian, and I talk about things that make me impassioned. Every so often during my act, a fetish of mine will connect with someone in the audience and that drunken patron will bellow out, “You should run for president!” Sometimes the audience will applaud, sometimes they laugh. No matter the reaction, I always smile.

As our collective attention spans grow shorter, people respond to what they like in the moment. I know for a fact that whatever funny I spit into the microphone that the shouter found agreeable, within five minutes I’ll say something he is adamantly opposed to.

According to the mainstream media and pollsters—they who like to confine things to special boxes—I don’t exist, because I am too much a contradiction.

Basically, I believe in many things. Were I to enter any political campaign I’d be labeled “un-electable” instantly. Not that I would ever run for office; my feelings on that can be summed up using three very simple words: Fuck. That. Noise. The public is a stupid mob too easily swayed by whatever shiny object is in front of them, and that’s nothing I could ever pander to.

That said, if ever I were to run for office, I would shoot for the presidency. I would run on a single platform, none of which would be the political hot buttons listed above.

My single, simple stance would be as follows: A Return To Seasons.

I have said this before, and sadly believe I will say it again: I’m just plain fucking tired of seeing Christmas displays in August.

If I were president, I would sign an executive order stating the following:

Last year, I saw Valentine displays on December-fucking-26th. On February 15th, St. Patrick’s Day offerings went up (because who doesn’t want to send someone a St. Patrick’s Day card, or own a funny little leprechaun?), and the day after that holiday Easter promotions started.

One of the most delusional things a person can do is to glorify the past; nostalgia is as horrific a drug as alcohol. I don’t want to lionize yesteryear, but I know for a fact that when I was a child the Christmas Season didn’t start in August. Yes, there were still greedy corporations looking for your every dollar, but stores held back-to-school sales, not pre-pre-pre-pre-Christmas ones.

Sadly, it is the consumer’s (meaning our) fault the promotions start earlier and earlier every year. We are the idiots that say, “Oh, look, a sale!” (Squirrel!) when Christmas ornaments are displayed in department stores in summer, and we are the idiots who say, “Oh, it’s such a good price, I’ll just pick up a few things and lighten my future shopping load.” We vote with our wallets, and right now we’re saying “All’s well!” by purchasing instead of ignoring.

The reason this topic offends me is because of the reduction of value: When there is less of something, value is added to it. Look at the artificially inflated price of diamonds; there are plenty of them in nature, but as they are a tightly controlled commodity people think they are precious. The reverse has happened with Christmas: as the season is extended from several weeks to five months, it becomes meaningless. How can you embrace the values Christmas is supposed to project when you are dead to them by the time the actual holiday rolls around? To me, Christmas has gone from “The most wonderful time of the year,” to “Oh God, how many more months of Christmas are there?” Decorations that are supposed to shine bright and bring joy become as much a part of the landscape as the gray of winter, and that’s just sad.

I’m not convinced there is a “War on Christmas,” but I do know something is wrong in the world. If for no other reason than because it is how I was raised, I believe in the two-word phrase “Merry Christmas.” I don’t like “Happy Holidays,” because it feels generic. I know it is supposed to feel generic, but since when is that a good thing? Again I preach to the reduction of value: who ever really chooses “Cola” over “Coke,” “Beer” over Spotted Cow, or “Cereal” over Kellogg’s? In a consumer society, you pay for the label. Reducing “Christmas” to “Holiday” removes some of the special nature it is supposed to offer.

(As does allowing asshole corporations like Wal Mart to remain open Christmas Day. Again, were I president, executive legislation by yours truly would enforce closure of all businesses, save for gas stations and Chinese restaurants.)

I think one way to win the “War on Christmas” is to use Judo, where you take your opponents moves and use them against him. Those who argue about the war on Christmas generally do so from a religious standpoint, which sets people of other faiths on edge. So, let’s treat Christmas like the day it was meant to be: a holiday.  Let’s take the Christ OUT of Christmas. We put it there in the first place; Dec. 25th comes from a Pagan celebration already and not the birthday of anyone who came from an illicit liaison. (And I don’t mean that Mary’s union with “God” was illicit, I mean she obviously had sex with a man other than Joseph—because that’s how you get pregnant, physical sex—and then she lied about it. Which I’m fine with, but don’t champion it as truth above the other silly, religious beliefs out there.) Plus, biblical scholars put Jesus’ birthday anywhere on the calendar but December 25th, so why do Christians get so butthurt-serious about that date?

We should make Christmas a universal holiday. Instead observing a myriad silly, invented themes—Kwanzaa, Hanukah, Christmas—let’s focus on one. Make Christmas a time of familial celebration and spending time with loved ones, not something religious. That way instead of saying the lame phrase “Happy Holidays” to be all-inclusive, the holiday itself would be welcoming to everyone. I’d consider that a victory.

There, see what I meant when I talked about winning over and then losing people five minutes later? Bet you agreed with me up until I started pointing out your religion is silly. Which means I bet I’ll be bitching about houses with Christmas lights on them again next October.