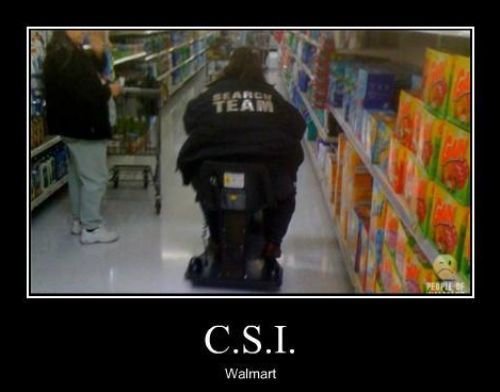 I just saw the video of you berating a man on food assistance. Have to tell you, I prefer it when bunnies or puppies go viral, but oh well, I guess sometimes it has to be bitter and rude people.

While watching, three thoughts popped into my noggin:

The last thought lingers, because it isn’t a throwaway like the first two.

I do not understand how people develop. I don’t know if it is nature, or nurture, that cultivates or let’s wither emotions such as sympathy, empathy, or compassion. I don’t know what causes one person to see someone in need and become outraged while another feels fortunate.

What I try to remember is: I don’t know anyone’s story. I don’t know a person on food stamps was laid off or only get a job that didn’t cover all the bills. I don’t know if someone homeless was abused as a child and ran away to escape violence. I don’t know if they used alcohol or drugs to ease their pain. I do not know what put anyone on the path to need, and I don’t really care. What I usually see is a fellow human, and that is enough.

It is, I believe, rare, to start with everything and throw it all away and end up on assistance. It is very easy, however, to begin life in a less-than-ideal situation and enter and get trapped in the cycle of poverty.

Now, the video is truncated, meaning I cannot tell who started what. Reports say you told your son—loudly enough to be heard: “This is why you go to college, so you don’t take handouts.”

This leads me to believe that compassion is a taught/learned behavior. If that’s the case, you are failing your son. You are teaching him condescension. Is that appropriate? If you really wanted to teach a lesson, wouldn’t a private dialogue have been better than a snotty remark in public? Maybe a conversation with your son about how education is tethered to earning ability over snark at the expense of another person.

That aside, you do understand that you’re more of a problem than the man on assistance, right? As stated above, you’re shopping at Walmart. You’re actively supporting what you’re railing against.
Walmart is known for opening locations at an enormous cost to taxpayers. Cities provide utility work, tax breaks, and then because of the low wages it pays, employees need food stamps to get by. The group Americans for Tax Fairness estimates Walmart costs taxpayers $6.2 billion a year when broken down into categories such as food stamps, Medicaid, and subsidized housing.

(Yet I’m guessing you’re also on the side of “How dare menial workers demand $15 an hour!”)

But all this is somewhat aside the “point,” if indeed I do have one.

I guess I just don’t understand what makes one person compassionate and understanding and another other bitter and useless. Your ivory-tower of self-righteousness gave you all the ammunition you needed to berate someone trying to feed his family, even though you know nothing about him.

Does the man work 50 hours a week like he says? Maybe. Is he an addict who spends his money on drugs? Maybe.

You know what I saw when I watched the video? That man’s son in the grocery cart.

Not only did you expose your own poor parenting skills by being a horrible person in public, you tried to shame that man in front of his son. A child. A child who didn’t deserve any of what you offered. A child whose father was doing what he could to feed him.

Actually, let me come at this another way; I know from experience that speaking reason to stupid does nothing. Sometimes a working example is needed to enlighten those who need illumination, so let me provide one.

You are, shall we say, thick.

If we were in line next to one another at a store, me with my son and you with yours, I imagine you would be outraged if you heard me tell him: “This is why you eat right and exercise, so you don’t get fat.”

Doesn’t feel good, does it?

You probably didn’t even like reading it. I saw you in a video and made a judgment call: she’s fat; probably eats cupcakes all day while watching TV.

Judgment without knowledge is exactly what you did to the man on assistance. If poverty is a choice, then weight must be.

Do you see now how what you did was inappropriate, or are you self-justifying your comment while decrying mine? Answer wisely.

Children are influenced the most by what they experience at home. Right now, it’s depressing to think that your son will grow up believing it’s OK to treat people like you treated that man. Maybe that’s how your parents raised you, in a manner opposite “judge not lest ye.” If so, that’s unfortunate, but you can break the cycle and not pass it on to your son.

I have two children. I’m going to teach them compassion and non-judgment.