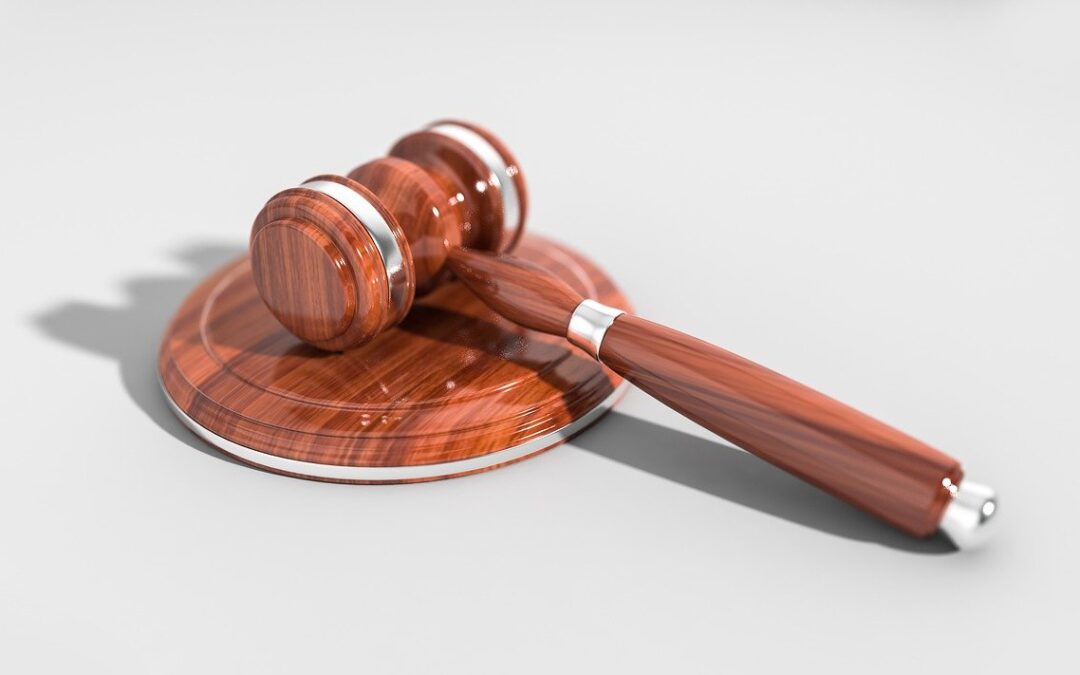 When you get thrown in Facebook Jail, there is no recourse.

They have no customer service, because we’re not customers. We’re product. So there’s no one to examine the ruling, just an automated “Do you agree with this decision?” button that does nothing.

(Trust me on this, your appeal doesn’t get looked at. I’ve looked up situations I’ve disagreed with and the box said “pending” months and months later. No human is following up to make sure their garbage algorithm got it right.)

It used to be that you’d post something, Facebook would make an arbitrary decision, and that would be that. Things have just taken a turn for the scary, however. Like the cancel culture craze of digging deep into someone’s past and unearthing something to be outraged about, Facebook is now changing their rules, and retroactively enforcing them.

I just spent 30 days in Facebook jail for two posts from years ago, both involving Jeffrey Dahmer. 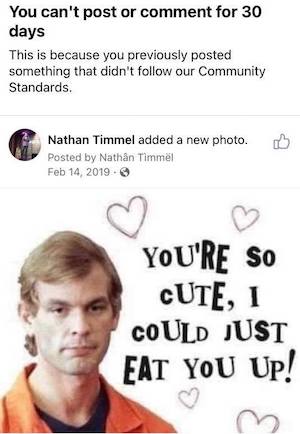 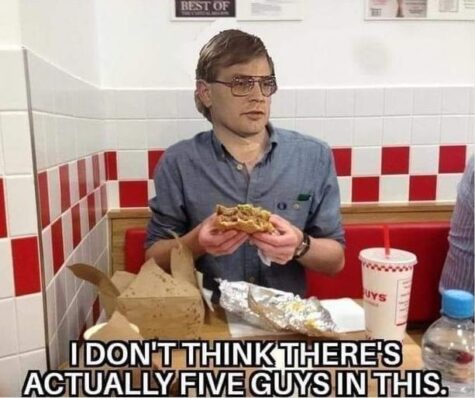 Now, you may or may not find Dahmer jokes amusing. Which is fine; everyone has their own tastes/opinions. But do you need to be protected from them?

According to Facebook “logic,” the memes “promotes dangerous individuals/groups.”

Yes, because people are going to see a Dahmer meme and think, “That’s hilarious! I should start eating people! Eating people is cool.”

(I hope you read that last sentence in the most sarcastic voice you have.)

Meaning, “Don’t post like you did in 2019, when this joke was obviously fine, because we left it up for over two years.”

The second picture was even older.

Facebook deleted the second picture several weeks after the 2019 meme, and at the same time of the deletion I was given a time out for poor behavior.

It would be impossible for me to remember every single thing I’ve ever posted, and I have no desire to go back through my timeline and question everything. “Is this OK now? Better delete it, just in case. This looks acceptable… maybe.”

This is an unwinnable war. Facebook holds all the power, and when an entity holds all the power, they don’t have to act fairly, justly, or reasonably. They can be capricious and arbitrary, and we have to sit back and take it. Facebook can (and does) change their (already vague) “Community Standards,” then sets their algorithm up to scrape the entire history of their platform in search of infractions, and then punishes those in “violation” from years past. It’s not a matter of “Hey, we changed things. Please don’t post like this anymore,” it’s “Because you did this years ago, you must suffer today.”

(Which is exactly how cancel culture works.)

Facebook allowed QAnon to explode on its site, let ISIS share beheading videos, and was fine n dandy with Trump running riot with lies about the 2020 election until he finally incited treasonous insurrection against the country.

But Dahmer jokes are where Facebook takes a stand.

If ya haven’t done so yet, head on over to Amazon and pick up my latest book. 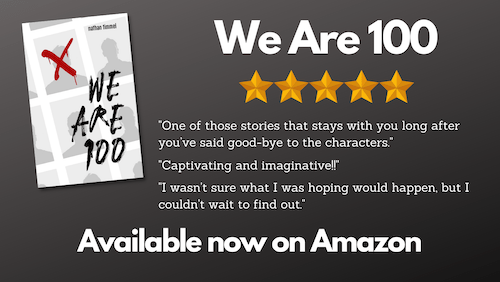 Image by Arek Socha, from Pixabay.