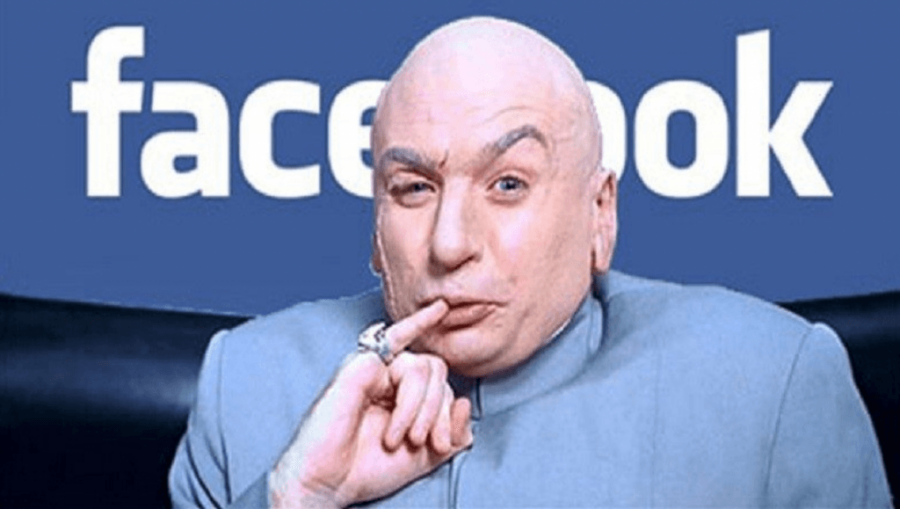 No, no, ladies… put away your phone numbers, I’m married.

Anyway, I moderate a group on Facebook. The other day, I logged into Zuckercorn’s money maker and had a notification: “Someone in your group posted a naughty.” When I clicked the notification, here’s what I saw. 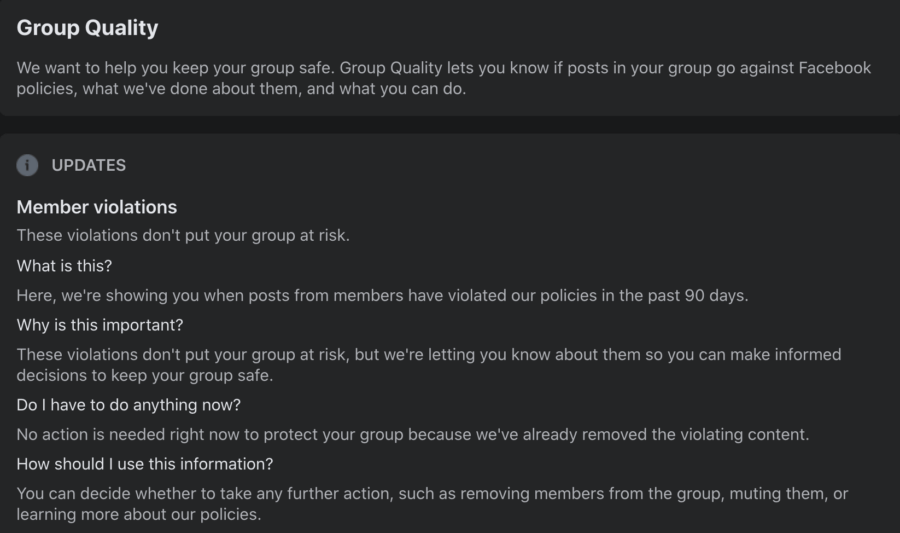 First up: “These violations don’t put your group at risk.” Oh, good! Hate to think Facebook was a system where “punish one” means “punish all.” That would be a pretty crappy way of handling things, right?

Next: “Here, we’re showing you when posts from members have violated our policies in the past 90 days.” OK… problem. You aren’t showing me the post. I don’t know what “violated” your “policies.”

This is a complete garbage. In the past, Facebook would show you the “offending” post. Then, you the option of contesting it. Personally, I’ve never had a post removed that actually violated the Facebook “community standards.” Sure, I’ve had a ton of posts removed. But none of them actually violated the terms of service.

The fact that Facebook will now (a) remove a post without telling you what it is, and (b) not allow you to contest that decision is a tightening grip of authoritarianism.

Basically, “You will obey, but we won’t tell you the rules.”

Moving on: “Why is this important? These violations don’t put your group at risk, but we’re letting you know about them so you can make informed decisions to keep your group safe.” Um… safe from what? I can’t see what the “violation” was. Without information, I cannot determine whether or not anyone in the group would feel “unsafe” from the post.

This is Facebook lording over us with a watchful eye. They’re enforcing undefined rules in an arbitrary manner. It is a system designed to punish. You’ll never know whether or not you’ve done something wrong, until the powers that be decide you’ve done “something” wrong.

Continuing: “Do I have do do anything? No action is needed right now to protect your group because we’ve already removed the violating content.”

Next up: “How should I use this information?” This is the scary/confusing one. I’m told I can take further action, such as removing the offending member from the group. So, I don’t know what they did, meaning it’s doubtful they violated any rules. But, if I want, I can “protect” the group by kicking them out.

Does anyone see the flaw in this? Facebook is putting the onus on me to keep things “safe.” Facebook doesn’t want to be the bad guy, they’re pressuring me to remove a friend from a circle of friends. It’s a cowardly, bullshit move.

According to the warning, I can also “learn more about” Facebook policies.

Actually, I cannot. Facebook policies are written in the most vague of terms, and purposefully so. I have been placed in Facebook Jail numerous times, and not a single post of mine actually met the standard of “hate speech,” “violence against others,” “nudity,” or any other listed offense. Oh, except for the overall umbrella of “objectionable content.”

They use that term, “objectionable content,” because that allows them to simply decide something is “bad,” and thusly remove it.

Which seems to have been the case this time.

The cherry on this idiot sundae is that according to Facebook, now I have to approve the offending member’s posts for 30 days. The member can write a post, but it will go into limbo until I see and approve it for public consumption.

This is a horrific development. Now I will be “complicit” if I approve of a post that technically doesn’t violate Facebook’s community standards, but gets removed anyway. Not because anyone in group complains—because no one complained about the original post—but because the Facebook algorithm decides for us what we should and should not see.

No solid rules, no jury of peers, no ability to contest a ruling against you, and no knowledge of what was done “wrong.”

Facebook has always blown goats, but it’s somehow getting worse.

Enough seriousness: listen to some jokes why don’tcha?