The Fear of Abandonment 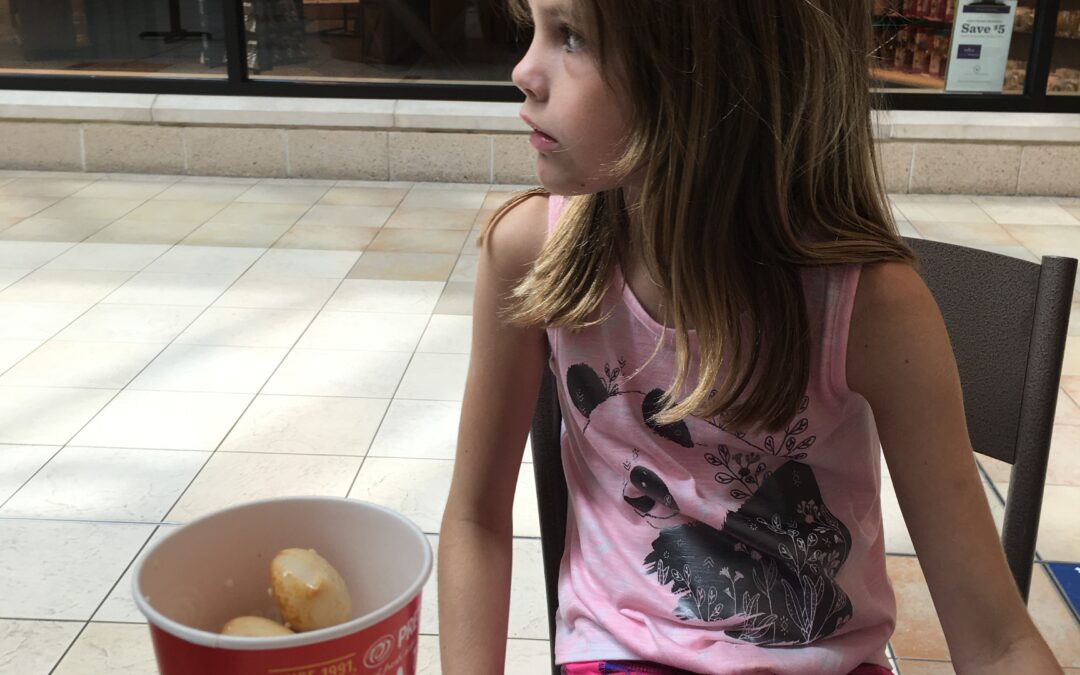 Like with any celebrity crush, as I aged the pitter-patter of my heart for her waned. That said, when she released a memoir in 2019, it sparked an hint of nostalgia in me. I decided to read the book and catch up with my once-fantasy girlfriend.

Midway through the book, Liz writes of surfing with her boyfriend. They’re on their boards, floating, talking… and then he says, “Welp, I’m heading in,” and paddles off to catch a wave.

Liz says she immediately felt abandoned; negative emotions washed over her. She couldn’t believe he just…

Judy and I were enrolled in a T’ai Chi course together, because that’s one of the hippie, young-and-carefree things you do in your twenties, right? Wooo! Granola lifestyle! Let’s experiment with Buddhism and meditation! Go crazy!

The T’ai Chi Chu’an center was a short, 11 minute bike ride from Judy’s apartment; 1.6 miles, to be precise. If you wanted to, you could ride on city streets. The Oak Leaf Trail, however, was a more scenic, safer route, and the option what we normally went with.

Running adjacent to the paved trail, was a dirt path. It was… maybe 15 feet from the pavement, tucked away in the brush. There were uneven mounds, and was a slightly more exciting ride for those interested in dodging trees and doing little jumps.

During one trip, as we rode parallel with one another, I decided to switch over to the dirt trail. Judy never expressed an interest in riding on it—in fact I don’t think she had a mountain bike like I did—so I announced, “I’m switching to the dirt trail; I’ll meet you at the end!”

(The dirt trail re-joined the paved trail at a certain point.)

When I finished my “I’m so cool” wheelies and one inch verticals, I pulled up to a stop where the dirt met the concrete… and nothing. No Judy. She was neither coming nor going; I didn’t see her anywhere.

My first thought was, “Damn, I must have been farting around more than I thought.”

I figured she was already out of sight and at the T’ai Chi Chu’an center. So, I pedaled my way forward and rode the last few minutes to our destination alone. When I arrived, Judy wasn’t there. I waited a minute or two, got impatient, and backtracked, hoping to come across her.

Confused, and growing worried, I half-wondered if I somehow missed her and headed back to the center.

Judy was not there.

I panicked. The mind can go to incredibly negative places in the blink of an eye, and thoughts of her having been pulled into the brush or a van screamed at me.

I went into the center and called her apartment; Judy’s roommate said she wasn’t there.

I hustled up and down the trail, my eyes darting everywhere, and eventually went to my apartment to see if beyond all logic she’d ended up there. She hadn’t, but I took the opportunity to hop on the phone—no personal cellular devices back then, kids—and call her apartment again.

I was freaking out. I explained what happened, told the roommate I was going out looking again, and implored her to have Judy call me if she walked in the door.

I’d barely re-cradled the phone when it rang; Judy was on the other end. She’d been at home the entire time, upset with me. She’d turned around the instant I left her on the trail.

Because I was young, I got angry. We fought. She said I had no right to abandon her like that; I said that what I’d done was no big deal, and she put me through the emotional hell known as worry.

To be honest, I’ve no idea how we ever resolved the incident. Which doesn’t matter, because me fighting with an ex isn’t what this is about, really.

We’re headed to the ice cream shoppe (gotta have that extra “p” and “e” in there, right?), 1.2 miles from our house. There’s a bike trail, that takes us almost door-to-door.

Because I’m an adult, and she’s eight, I move much more quickly than she does. Thus, I’m ever-cautious to pedal so slowly to the point I occasionally lose balance and have to drop a foot.

I get a few feet in front of her and hear, “Daddy, don’t leave me!” from behind.

There is fear in her voice.

I turn, and though she’s only ten or so feet away, she can see me pulling ahead.

I stop my bike and let her catch up.

“Don’t worry, sweetie,” I tell her. “I’m not going anywhere. I’ll never ride off without you, promise.”

If there is one thing I am grateful for in life, it’s the ability to learn from mistakes. If not for my experience with Judy, I might not understand the importance of a simple “Daddy don’t leave me.” I don’t want my daughter to have apprehension instilled in her, but neither do I want her to lack independence. Self-confidence must be her go-to form of strength. I need to raise her to feel secure in herself, whether I am around or not.

I have no idea what happened to Liz, or Judy, that caused them to feel such anxiety in those similarly respective situations; I’m not going to generalize and say, “It must be a woman thing.” But given my daughter’s age, fear of abandonment must set in early. Once it’s there, it can haunt for a lifetime.

For what it’s worth, Liz and her boyfriend eventually broke up.

Guess she should have gone out with me after all.