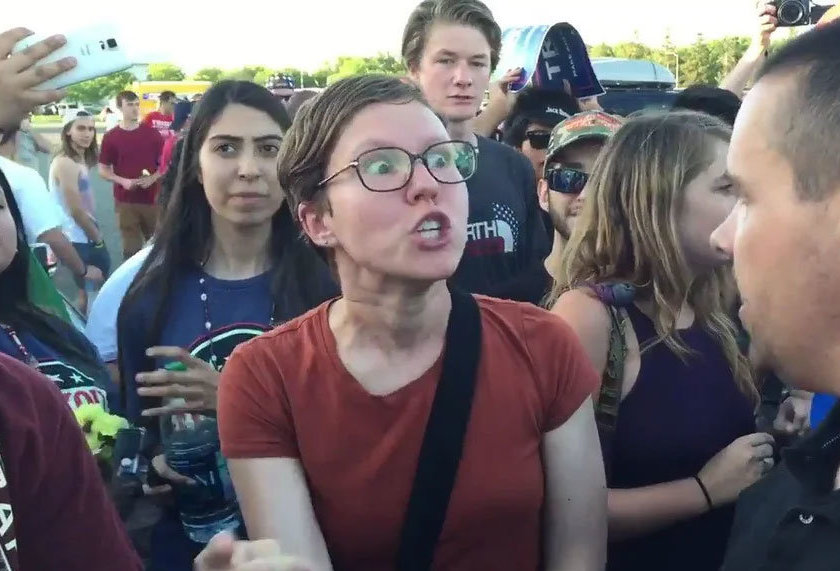 I remember sitting in a theater watching Dances With Wolves.

During the scene where Wind In His Hair steals John Dunbar’s horse and shouts at him–“Do you see I am not afraid!?”–while staring down the barrel of a gun, the patron sitting behind me said in an incredibly fearful voice, “Oh my God, shoot him! Shoot him!!”

Really? Shoot someone who was yelling at you, because your primary form of reaction is fear? What a different movie that would have been.

The person behind me had a knee-jerk reaction.

Instead of letting a moment play out, a swift (and wrong-minded) response was wished for. Back then, knee-jerk reactions weren’t considered responsible. Today they’re the norm.

Especially when it comes to being offended.

In modern society, people are reacting faster, less thoughtfully, and cherry-picking whatever information they need to justify being offended. Because today, we wear being offended as a badge of honor.

Instead of examining the entirety of a position, people grab a fraction of the whole and use it to demonize anything and everything they don’t like. Paragraphs are reduced to soundbites, which removes any and all context or meaning.

Following that, the entirety of a position (or article or book or movie) is labeled. Once you attach a label, you can dismiss something; you no longer have to look at nuance. If you throw “misogynistic” on Mötley Crüe’s The Dirt, you don’t have to watch it. If you call Huckleberry Finn “racist,” you don’t have to examine it for deeper meaning.

Once something is labeled and dismissed, you don’t have to examine your own shortcomings or faults.

Overreacting is an unhealthy way to live, and it makes no sense.

Denouncing the whole picture because of a few puzzle pieces creates a purity test no one could pass. It’s like saying, “I hate rainbows” because you hate the color green, or, “The musical Hamilton is filthy” because a couple of the songs have swear words in them.

Unfortunately, it’s easier to overreact and label than it is to take the time and effort to discern deeper meaning. Which is probably why quick reactions and quicker dismissing takes place more and more today. We live in a world of immediacy, and if something can’t be understood in the blink of an eye, why bother?

This is bad enough on a personal level, but what’s frightening is the fact that people who subscribe to the “I’m offended” way of life are starting to achieve positions of power.

What happens when they become critics, bosses, editors, and politicians?

We will no longer have conversations, we will have shouting matches and pointed fingers. We no longer examine problems, we silence those who disagree with us. We no longer try to better ourselves, we make sure that we believe we’re better than the other person, the person we’re judging.

Because as long as we’re judging others, we don’t have to look in the mirror.

At the end of Dances With Wolves, the person behind me was weeping.

I don’t know if they consciously took the mental journey necessary to examine their transition from “Shoot him!” to “This is so tragic,” but hopefully they did.

Hopefully they took with them the lesson that knee-jerk reactions can be wrong.

Hopefully the rest of us can discover that in many cases, instead of condemning something, self-examination might be what’s necessary.