Inside the Political Closet 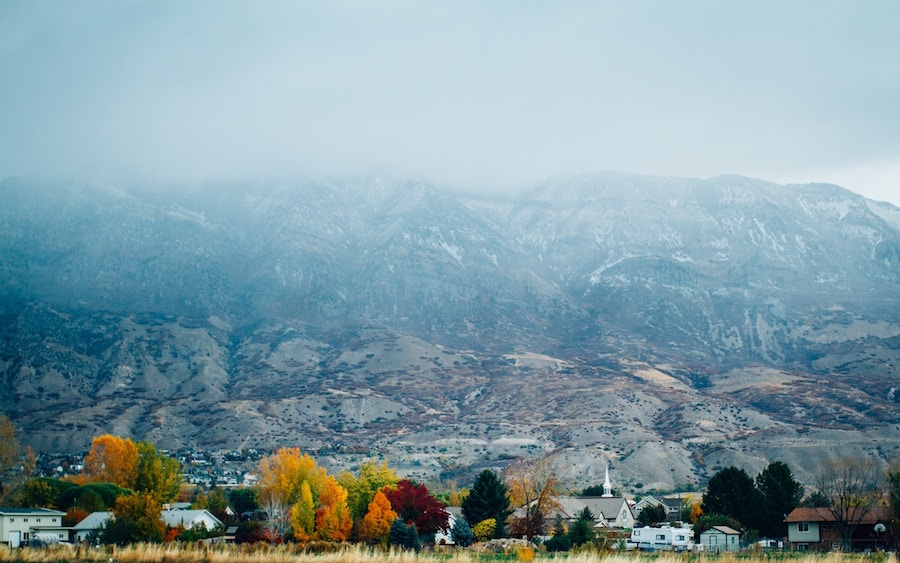 The place where I come from is a small town. They think so small, they use small words.   ~Peter Gabriel, Big Time

Politicians talk of “small town values,” and Hollywood generally depicts small town life as idyllic and superior to the grit, grime, and crime of a big city. What’s missed in all of this is the small town obsession with tradition, even if that tradition means xenophobia and discrimination.

When I was very young, I lived in Milwaukee, Wisconsin. After a few years, my family moved to a more rural area of the dairy state. The shift was interesting, and unsettling. I went from being surrounded by variety, to homogeneity, and though the homogeneous folk never interacted with anyone outside their circle, damn betcha they had opinions on anyone that didn’t look like them.

(Want to read more about that? Clicky-clicky. This doesn’t look like a link, but really. It is.)

That’s a limited version of my background. I bring it up because the United States is in an election cycle, and we are a divided country. We’ve always been divided, but this time it feels different. Today, people are ignoring facts and absolute truths in favor of personal beliefs at alarming levels.

When you surround yourself with a specific set of beliefs and ignore the outside world, you create an echo chamber. The smaller the chamber, the more narrow-minded those beliefs can be. In small communities, people tend to watch the same “news” and share the same opinions. Thus everything is reinforced no matter how misguided it is. It’s funny, or sad, depending on your personal disposition.

In small towns, it’s hard for reality to pierce the cloak of belief; people want things to be a certain way, and they’ll be damned if the rest of the country has a say in how they live.

For the most part, I avoid political discussions online.

Every now and then I’ll chime in with a comment or make a joke, but online discussions are difficult. Because online nothing is real. Online, anyone can have several tabs open. The instant you hit them with a fact, they can Google up a partisan source and respond with bullshit that seems legit, because hey! There it is, on the web! Someone else believes bullshit, too! The bullshit you find online legitimizes the bullshit you believe, right?

(That’s online. In person, I’ve had some hilarious conversations with people I grew up with.  Freed from the ability to find and cite discredited sources as proof their meritless opinions carry weight, they get cornered quickly and concede.)

That said, in 2016 I posted a link to a quiz. It was a non-partisan offering, one that asked how you felt about certain issues. Once you finished, you were given a match with a political candidate. Basically, it was a “Given what you think, this is who you should vote for” quiz.

When I took it, I was unsurprised to find that I came up as center-left. I’m socially liberal–meaning things like marriage equality and Title IX are A-OK with me–and fiscally conservative. Former presidents Bill Clinton (balanced the budget) and Barack Obama (pulled the economy back from the brink of destruction) are examples of center-left politicians. Centrism seems reasonable to me; far more so than, say, a Bernie Sanders or Elizabeth Warren (give everything away!) on the left, or Jim “Health care for none!” Jordan or Donald “Let’s explode the deficit so the wealthy can get a tax break!” Drumpf on the right.

Many of my online friends took the quiz, and many posted their results for all the world to see.

Many, but not all.

A fella from the small Wisconsin town I had once lived in sent me a private message with his results. We’ll protect his identity by calling him Bart.

(I’ve been on a Simpsons kick since Disney+ kicked in. Sue me.)

Bart is (and has always been) publicly Republican. Which I think is different from me saying I’m center-left. I’m not a Democrat. In the past I might have listed myself as one for fun, but I’ve also registered as a Republican, an Independent, and at one point a Whig.

(I choose all my public representations for personal amusement.)

I like Bart. We’ve always publicly disagreed politically, but we disagree very politely. We have actual conversations about our respective thoughts, and listen to one another’s points of view. As a comedian, I laughed at him for supporting now-proven-idiot Scott Walker (look up his Foxconn debacle), and he poked fun at me when I voted for the wildly unpopular Hillary Clinton.

(Hillary Clinton: I may not be inspiring, but look at the other option.)

So I have to admit to feeling amused when I saw my friend’s quiz results.

Turns out, we landed in almost the same place on the political grid. That was something he wasn’t ready to admit to publicly, hence his emailing of the results.

It’s a tough thing to do, to have your beliefs challenged, or be proven untrue. When you say you champion a political party, a party most likely instilled in you by your parents and peers, and when you live in the echo chamber of a community that doesn’t really lend itself to outside information, it’s hard to stand up and say, “Holy poop-on-a-stick… we’ve been going about this all wrong.”

Every political cycle it’s proven again and again that certain sects of people vote against their economic interests. Billionaires like Bill Gates and Warren Buffet vote in ways that would have them taxed higher, and the white trash folks in Alabama vote to remain on the bottom of the economic ladder because.

I don’t expect him to change anything publicly. He won’t be championing Pete Buttigieg or Andrew Yang on Twitter or Facebook, but once he gets into the voting booth…. Once he’s alone, and on the spot, and no one will know where his checkmark went on the ballot, will he vote intelligence over party-line?

I also wonder how many people like Bart are out there right now; people who have to act one way for the sake of appearances, yet who believe something entirely different privately.

And I wonder if that will have an effect on the 2020 election.

Want a more complete detailing of my life? Clicky-clicky.

Photo by Colby Thomas on Unsplash