The Problem with Ben Shapiro 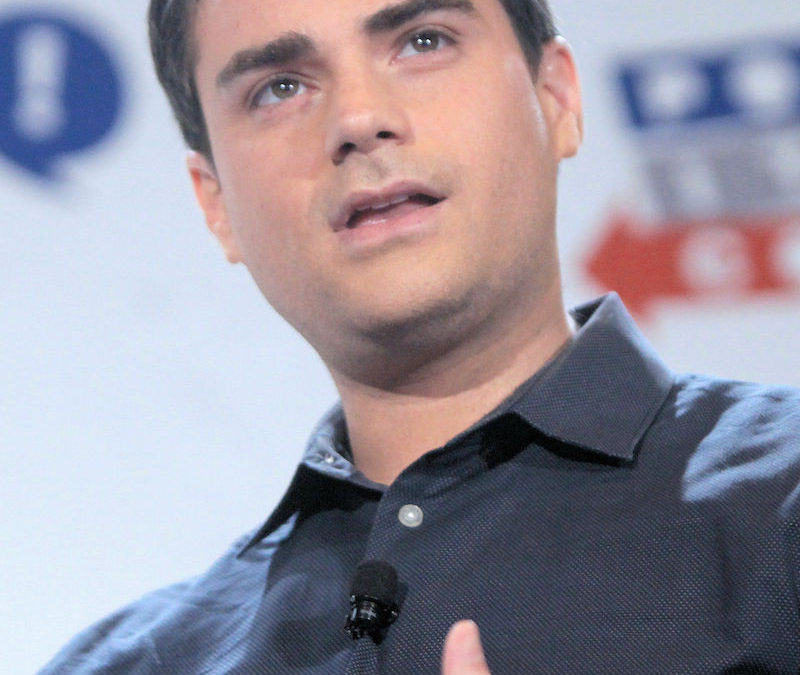 Over the past year, I’ve heard a lot about Ben Shapiro.

Every so often I’d read a Tweet of his and think, “Ugh,” but I didn’t really know anything about him other than what I picked up from the periphery of the media. Headlines in my news feed, for the most part. From what I’ve gleaned: conservatives love Ben, and liberals hate him.

Last week he was on an episode of Joe Rogan’s podcast. I tuned in to finally learn who this fella was that everyone had an opinion about.

Right off the bat, Shapiro admitted to having some bad Tweets out there.

He said every time someone uncovers one that he admits was bad judgment, he apologizes. He further explained that, like anyone, he evolves from year-to-year of his life. Shapiro is thirty-five now, and says that he is a completely different person than when he was seventeen.

Which makes sense. We’re all (hopefully) different, better people today than the ones we were at a younger age. I know I’m a different person than the one I was at ten, eighteen, and even thirty. When I was younger, I was as dumb as a box of rocks. Not to get too cocky here, but these days I’m only as stupid as a bag of pebbles.

Here’s the problem with Shapiro talking about his evolution and development as a person: he maintains discriminatory attitudes because of his religious beliefs. Specifically, Shapiro said that he is personally opposed to gay marriage, because it goes against his religion.

Such a statement doesn’t gel with what he said earlier about developing and changing as a person.

For the most part, religion doesn’t evolve.

Sure it splinters and fractures and new sects are created… but religion does that because those in charge of the old school principles don’t change. If they did, then no religion in the world would have anything hateful or idiotic to say about homosexuality. Religion would have caught up to secular thoughts on the orientation, namely, how you’re born is how you’re born, and everyone should be accepted as such.

So it’s an odd mix for Shapiro to say he doesn’t believe the same thing things he did at age seventeen, but that his core beliefs come from a book that was written by goat herders at a time in history when no one knew where the sun went at night.

Shapiro also said that he’s a rationalist when it comes to religion. Unfortunately, he followed that up by saying his religion has dietary restrictions. Specifically, no pork.

If you are a rational person, wouldn’t you understand that “don’t eat pork” was probably because back in the antediluvian times they didn’t know what trichinosis was? All they knew was, “Eat pig, get sick.” In an effort to prevent illness, some clever thinkers decided that eating pork was against God’s will.

Because who would go against God’s will?

Once it’s discovered how to cook meat properly, however, wouldn’t a rational person say, “OK, you can eat bacon now?” Any rational religion that had instituted such a policy would pull an Elsa, let it go, and say, “I’m pretty sure the path to God doesn’t involve restricting your diet.”

(To that end, Catholics couldn’t eat meat on Friday for forever and a day, but they [for the most part] got over that.)

Shapiro also said he’s shifting from being a republican-leaning person to libertarian. Like any libertarian, he thinks there should be less government involvement in personal lives.

Unfortunately, the example he used to explain his drift to the libertarian movement involved, once again, discrimination. Basically, his place of worship doesn’t approve of homosexuality. Shapiro expressed concern that the government could try and force his faith to accept homosexuals into his house of worship.

It took them until 1979, but the Mormons eventually saw the light regarding African-Americans. And just the other week those magic-underpants wearing kind folk started turning a corner involving the LGTBQ community.

So maybe I was wrong earlier when I said religions don’t change.

They can change, if they want to keep up with the times.

Anyway, the long and short of it is: I have some serious differences in thought with Ben Shapiro.

Ben Shapiro is neither the savior conservatives make him out to be, nor the anti-Christ liberals label him. He’s just a guy who somehow found a way to get people who think like him, to pay him to reinforce their beliefs.

Isn’t that something most people would be interested in: having people listen to you?

Shit, I’m a father of two, and I can’t get my kids to listen to me, much less strangers around the world.