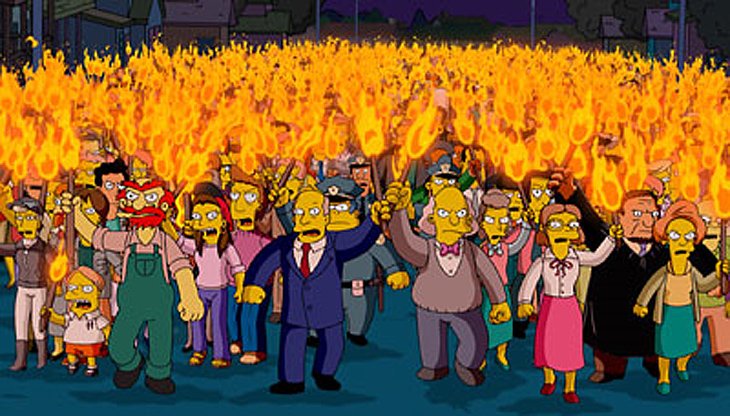 Many moons ago, my friend Barrett and I set out to attend the wedding of our college friend, Jay.

Jay lived in a small town in West Virginia; when Barrett and I arrived, we checked into our hotel and called him. Jay was at work. He said we should head to the tailor immediately to get fitted for our tuxedos, and then come see him. Not being the type of folks to disobey orders, Barrett and I made our way to the haberdashery post haste.

The seamstress pulled our outfits and shooed us into the fitting rooms; I think we’d driven down on a Friday for a Saturday wedding. Doing so didn’t leave much room in the way of spare time for her.

I threw on my clothes, discovered they were a little baggy, and stepped out of the dressing room. Barrett was already being measured.

When the seamstress saw me, she asked, “How does it fit?”

I responded, “The pants are a little baggy.”

Since I was lacking a belt, I had been holding them up. I let go of the pants, and they dropped about an inch. The woman nodded, and returned her attention Barrett’s inseam. After that, she measured me, and Barrett and I went off to meet Jay at work.

When we walked in the door, Jay rolled his eyes at me and said, “Well you certainly know how to make a first impression.”

I looked at Barrett, who shrugged; he was also confused.

“My dad was at the tuxedo shop,” Jay said, as if that were an explanation.

I was taken aback. I’d never met Jay’s father, and found it odd that the man hadn’t taken the opportunity to introduce himself to the two groomsmen attending his son’s wedding. In fact, I expressed that thought to Jay: “Why didn’t he stick out his hand and say hi?”

Turns out, he didn’t say “Hi” because of my behavior.

Or, more importantly, his interpretation of my behavior.

According to Jay, his father had stormed in before Barrett and I arrived, stating he had just come from the tuxedo shop. Apparently, I had been walking around with my dick out, exposing myself to people. Jay’s father said I had exited the dressing room, dropped my pants to the floor, and shuffled around either naked, half-naked, or a combination of the two.

Barrett and I were stunned.

“That’s not what happened,” we explained, telling Jay what had actually occurred: a completely normal, boring tuxedo fitting.

“Well, that’s not what my dad saw,” Jay said, unsure of who to believe.

Here’s the backstory: Jay’s father was a fire and brimstone Baptist minister. A conservative to the right of Steve King and Ted Cruz. A man who, upon seeing pants drop about an inch and possibly expose the top lining of underpants (which, to be honest, I’m not even sure anyone would have seen, given the length of the shirt hanging down over my waist), was sent into a fit of outrage due to the moral decline of America.

Basically: low pants equated to me waving my willy at people.

That event took place years ago. It predates Facebook, Twitter, MySpace, and cell phones. But say it had taken place today. Pretend I’m a politician, or a celebrity. One minute I’m being fitted for a tuxedo; the next my name is plastered on websites and headlines, all because one person either saw what they wanted to see, or who was lying outright.

Unless someone had been filming me, there would be absolutely no way to confirm 100% what happened. Today, everyone takes the side they want to believe, they do so immediately, and that’s that. Sometimes, even with video or photographic evidence, people still see what they want to see.

Once a scandal is out there, there’s no going back.

We found that out with Al Franken.

When the Al Franken “controversy” hit, the rush to railroad was all too swift. There was no examination of facts, there was no attempt to collect information, there was rush to judgment and nothing more.

Here we are, two years later, and only now is the truth being told. After investigative reporting done by Jane Mayer for The New Yorker, it turns out that much of what Franken’s original accuser, Leeann Tweeden, claimed could neither be verified, or was most likely false.

“But wait,” you’re saying. “Wasn’t Franken eventually accused of ‘inappropriate behavior’ by something like eight women?”

Yes. And while that’s problematic, I don’t think it’s as awful as it was made out to be. Franken was accused of possible groping while hugging. I say “possible,” because most accusations said he brushed up against a breast, or had a hand on a thigh. No one ever accused him of going at them like Trump famously suggested he did with women, grabbing them by the kitty-cat.

As a celebrity-turned-politician, Franken has probably hugged over 5,000 people. Of those 5,000-plus people, of course some are going to react differently. Some people are huggers, some are not. When you have eight out of over 5,000 stating they felt uncomfortable, that sounds surprisingly normal. And, some are going to misinterpret Franken’s actions as being aggressive, or on purpose.

Just like Jay’s dad misinterpreted my actions when he saw my pants shift.

You cannot please everyone, every time, and the overwhelming majority of people who knew Franken came to his defense, and he himself apologized for his actions, stating that if he made anyone uncomfortable that it was an accident. He even called for an ethical inquiry into his actions, because he felt that if people were made to feel uncomfortable, he should be investigated.

Instead, he was whisked away on accusations alone, because that’s how our knee-jerk society reacts now. No waiting for evidence, no looking into things, just immediate banishment upon first finger pointed. From Justine Sacco to Jussie Smollett, no matter what the situation is, we react first, and realize later.

(If we even bother to realize the truth at all.)

Justine Sacco had her life upended in 2013; people rushed to believe Jussie Smollett in 2018. No one learned in the five years between the two events that maybe it’s best to take a deep breath and focus on getting to the bottom of things before getting hysterical. Instead of wondering what lies beneath the hype, we join and expand the confusion.

It’s not a healthy way to live, and it will cause our society to eat itself in the process.