The Teardown of Tom Brady 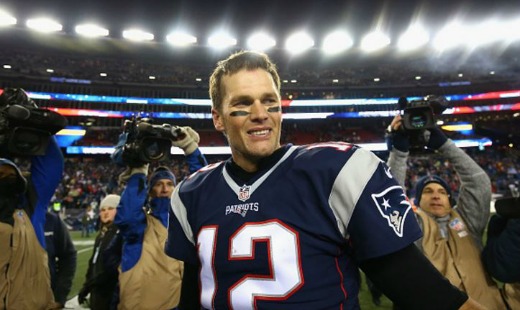 His career had just been launched into the stratosphere with a Super Bowl victory—a first for the New England Patriots—and an MVP honorarium.

Then the knives came out.

Suddenly Tom Brady wasn’t a Cinderella story; he was an overblown, seen-too-often celebrity. He was too good-looking; too stylish for a football player, and dating a Hollywood actress.

By the time the Patriots made it to the 2008 Super Bowl, it seemed like everyone was rooting for the New York Giants.

In 2017, pretty much everyone was rooting for the Atlanta Falcons.

Society loves to build icons up, only to tear them down. It can be for legitimate reasons—think Bill Cosby or Paula Deen—but more often it’s nothing more than the famous line from The Dark Knight: “You either die a hero, or live long enough to become the villain.”

Super Bowl LI should be celebrated as the most incredible comeback of all time, because technically, it was. However, if you take a glimpse at Twitter, or Facebook, the Patriots received more vitriol than praise for their victory. Outside of New England, that is.

Personally, I like both Tom Brady and the Patriots. They’re not my number one team—that’s the Green Bay Packers—but I like and root for them. While many see Tom and wince, I remember the Cinderella story behind his success. As does Mr. Brady himself.

At the 2016 Pro Bowl, every past Super Bowl MVP was honored. All were cheered, save for Tom Brady, who was booed with gusto. Tom being Tom, he kept his game face on, smiled, and waved. He wasn’t going to give in; he wasn’t going to let anyone know it bothered him.

Following his appearance, Brady texted Patriot wide receiver Julian Edelman: “Everyone fucking hates us. Let’s win it all next year.”

Like The Joker, Tom Brady is a man of his word. The Patriots won it all, much to the consternation of those who booed him in the first place.

You’d think being a five-time Super Bowl champion would make Brady arrogant, or cocky, but in post-game interviews the first thing Brady did was gave all the credit to the other players, like a good leader is supposed to. He said running back James White should have been the game MVP, and said he was going to give White the truck he thought came with the honor.

(Something he’s done in the past—see Malcolm Butler.)

He was humble, celebrated with his family, and was emotional. The win meant something to him; it wasn’t rote by any means.

So why all the hate? Don’t say “Belichick cheats” or bring up Deflategate; the anger and resentment toward the Patriots (and Brady) began long before those accusations. The reason for all the resentment is continued success. If you’ve been too successful for too long, society loves to see you come crashing back to earth.

(You probably remember the picture of Brady sitting, defeated, on the field at the end of the end of Super Bowl XLVI. It was everywhere, and celebrated by the masses.)

Other marquee quarterbacks avoid such negativity. Think Aaron Rodgers, Peyton Manning, and Drew Brees. Is it because they have (far) fewer Super Bowl rings? I think so. Brady wasn’t hated in 2002, after his first Super Bowl victory, he was admired. His was a story for the ages. Sixth round draft and backup to star quarterback Drew Bledsoe goes on to win it all? Who doesn’t love that?

Brady wasn’t hated in 2003, after his second Super Bowl. He was a comeback kid. Overcame a shoulder injury from the previous season and reclaimed glory. No flash in the pan, this fella.

Over time, though, the tide turned. In a way, it’s like a marriage; when you fall in love, it’s all butterflies in the stomach. Twenty years deep, you hate the way your partner brushes their teeth. In marriage, however, you have to work at things. With a celebrity—or athlete—you can toss them aside and champion someone new as your hero.

All of this could be seen as words of caution for Mr. Dak Prescott, the current NFL Cinderella story.

In full disclosure, I root against the Dallas Cowboys. At the same time, during the 2016 season, I couldn’t find myself hating on Dak. Like Brady in 2001, Dak is a talented, seemingly come-from-nowhere outstanding success. I fear he’s going to give my Packers headaches for seasons to come.

Like Brady before him, Dak was selected late in the draft (fourth round), and stepped in when star Tony Romo (who, ironically, rose to fame by going unsigned in the draft, joining the Cowboys as a free agent, and replacing the same maligned quarterback Tom Brady had in New England: Drew Bledsoe) was injured.

From September to December, Dak was all the rage.

You couldn’t hear about the NFL without hearing about Dak Prescott. But will he be beloved in 2025, if he has multiple rings on his fingers by then?

That remains to be seen.