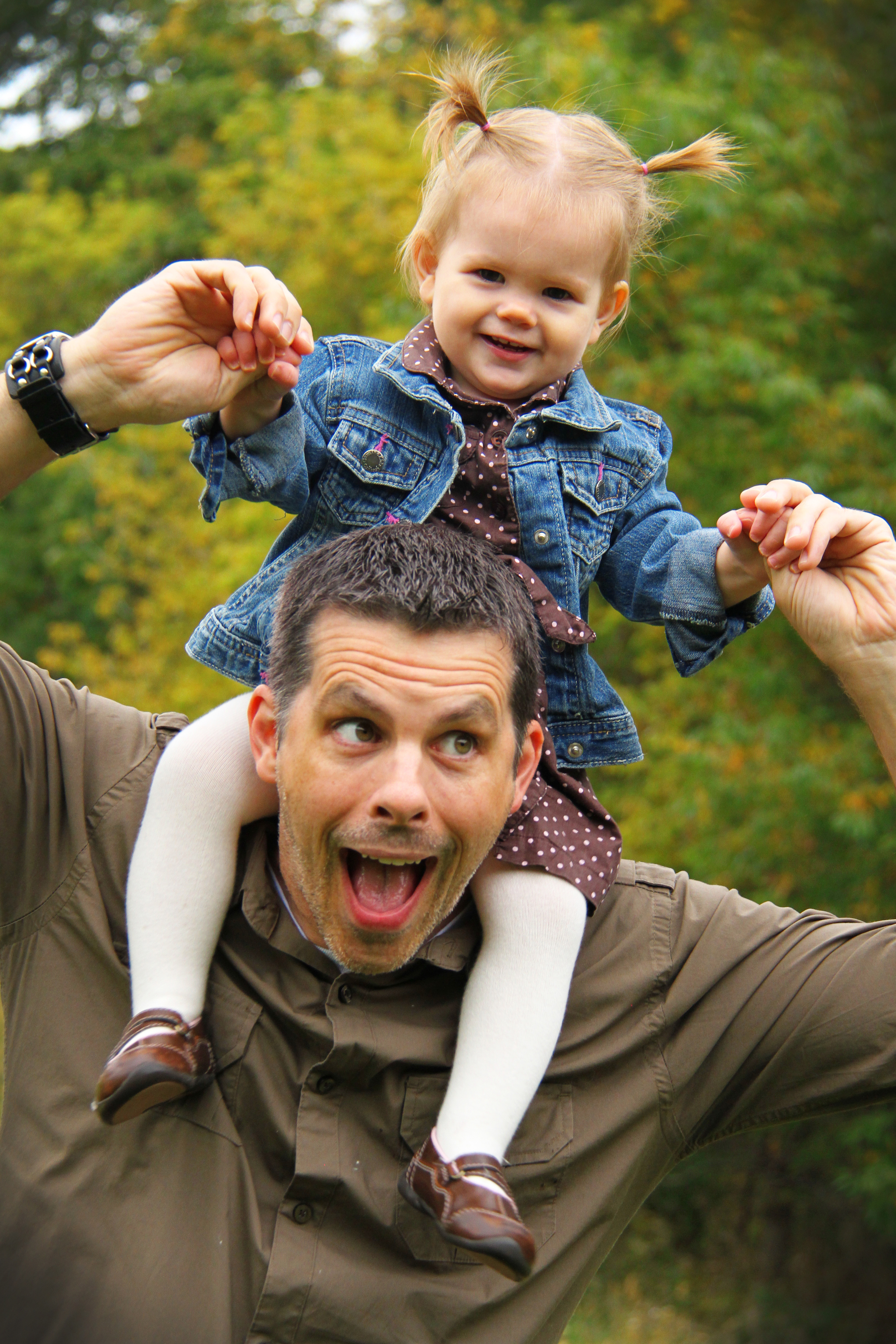 I am in Chicago, and missing you dearly. This past week contained quite a few wonderful moments, which you didn’t notice as you are a delightfully unaware fifteen-month-old.

Monday was my birthday, and it’s the first time I’ve ever felt old. My whole life I’d looked at being an adult as something more interesting than being a teenager or dumb punk in my twenties, but now reality is sinking in. I lament the thought I had you too late in life, and that had you been born when I was 30 I’d have another whole decade to spend with you.

I worry about being an “old dad,” someone you will be embarrassed by in your teen years. I know kids are naturally embarrassed by their parents, but I’m talking about the “Is that your grandpa?” situation.

Also on Monday, I posted a meme of a joke of mine online. It soon went viral, with people sharing it around the world. It hit the front page of two very popular websites—Reddit and The Chive—and within a day several hundred thousand people had viewed it.

That was pretty nifty.

Because of this success, I posted a video of the joke online Tuesday night. When I woke up Wednesday morning, the video had received more views by far than most of my offerings do. I soon found out that some unknown kind person posted it on Huffington Post, which is a goulash of entertainment and news. 17,000 people watched me (and hopefully giggled) within 24 hours.

Finally in the Wednesday world of Dad’s career: my latest CD was approved to stream on a service called Pandora. With millions of subscribers, this will hopefully expose my comedy to many new people.

All this attention could be nice for my career; whether or not the comedy Gods take notice remains to be seen.

I remain ever hopeful.

Thursday follows Wednesday, and Thursday, November 21st may become a milestone… or perhaps it will fade into obscurity. Mom and I will soon learn how the day will be defined.

On Thursday, Mom and I went to the hospital and she had a microscopic embryo implanted in her uterus. In vitro fertilization, it’s called, and it’s how we were able to bring you into our life. The procedure is too much to go into at the moment, but suffice to say we are trying to bring another child into the family.

From the moment you were born, your Mom has been resolute in the concept that when she and I are gone you will need someone to share memories with. Personal memories, like she shares with her sisters; someone you can always call upon to wax philosophic about childhood.

We named the embryo Squeak, just as we named you Peanut; Mom feels it’s good luck to add a little flavor and personality to the proceedings. When Squeak was injected into what is (hopefully) a nice warm home in Mommy, a small amount of air was released. This air made the embryo appear white on the ultrasound monitor. Amidst the gray and black hues on the screen, the embryo looked like a star in the twilighted sky, a tiny white dot living inside your mother.

You, Hilly, were once a tiny white dot living inside your mother, and look how perfect you turned out.

Because of all the struggles to get pregnant with you, all of our friends and family were told the instant you were placed into Mommy. After two years of struggling with infertility issues, everyone was with us every step of the process used to create your life.

But we’re keeping Squeak a secret until the time is right.

(TL/DR watch this instead)