Reflections on Year One 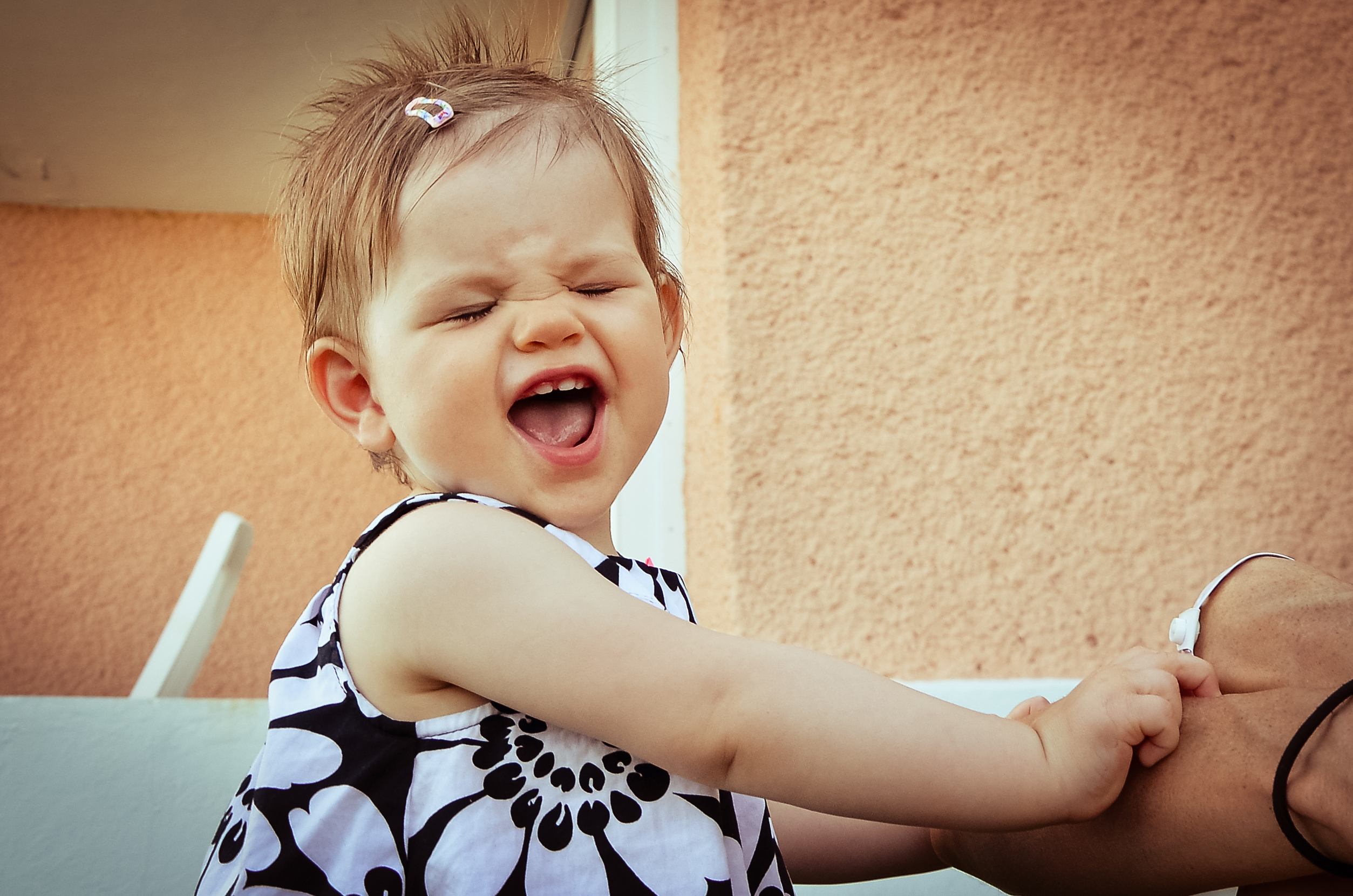 There is a scene in A Fish Called Wanda where John Cleese is wooing Jamie Lee Curtis. He comically dances around the first floor of a flat in London, doing a striptease and speaking Russian—foreign languages are a fetish for the Jamie Lee Curtis character—as she writhes in ecstasy on a rope in the loft. This event is not occurring in either of their homes; they are in the apartment of a colleague of Cleese, someone currently on vacation.

As he ballets, Cleese grows ever more nude (nudity being the whole point of a striptease), and as he achieves the apex of his routine—a twirl that casts aside the remaining strip of cloth, his underwear—he finds himself face-to-face with the family currently leasing the apartment from it’s owner.  There is a pregnant pause as a mother and father eye the naked man before them in shock, then their young daughter arches her eyebrows in interest, leans in slightly, and takes a curious gander at something she’s seeing for the very first time.

I describe the above, because that look of wonder is one I am exceedingly familiar with; I see it near daily.

My daughter Hilly is inching past one-year of age and is now discovering the world around her with much in the way of seriously inquisitive intent. When she notices something new she stops in her tracks and focuses on the object or happening Gimlet-eyed, a placid demeanor across the rest of her face. Nothing around her exists; the only item left in her world being the focus of her attention. In that moment, she becomes as alluring as the hypno-toad; as Hilly analyzes whatever has captured her attention, I can do nothing but be absorbed by her. As she learns, I learn.

This is an admittedly odd turn of events, seeing that one year and one month ago I didn’t even want to be a father. Hell, for forty-three years and eight months I abhorred the idea of parenthood. Little time thieves, babies were, robbing adults of their independence and God-given right to the freedom to do whatever you wanted, whenever you wanted. It is the argument of the childless; “I enjoy my freedom!”

Thing is, once you lose said “freedom,” you don’t miss it; you become too distracted by the wonder that is your offspring. Now, instead of wanting to spend a morning sipping hot cocoa at Panera Bread, I actively desire spending an entire day following Hilly around on the floor as she scurries hither and dither, to and fro.

We play games, such as “All my clean diapers must be strewn about, now!” or, “Why are these clothes on the drying rack?!” To outside eyes these competitions must look tiresome. But they’re not. Not by a mile. A child’s joy of discovery is infectious, intoxicating, and probably many other “i” words I cannot think of. You simply do not care that you are watching your child destroy your drying laundry, because she is having oh-so-much fun doing so.

During our playtime, I test Hilly’s problem-solving abilities. I create little obstacles, such as closing a drawer she is currently pulling items from. Hilly suspends her actions—“This isn’t what it was a second ago; something is different.”—and then grasps at the handle until she firms her grip, finishing with a tentative pull; “Is this going to work?” I admit in full parental embarrassment: There is no real way to describe the immense gratification you feel when your child does something entirely mundane, such as the aforementioned task. I get to actively observe the gears grind away inside her wee noggin, then witness her decide on a course of action and follow through. Trial and error, trial and error. It is, to use an understated word, amazing.

Once the drawer has been re-opened, Hilly pushes up on her tippy-toes and peers over the ledge, examining the treasure within, and THERE they are, the diapers! One by one they are again plucked and plopped on the floor. Occasionally this game involves my picking up every diaper and dropping it back into the drawer as they are being withdrawn. This causes Hilly to look at me funny, the thought, “But I just took that out, daddy” written across her face. She will giggle and removes the diaper once more, an action somewhat reminiscent of James Woods continually grabbing Reese’s Pieces: “Oh, piece of candy!”

Another game I enjoy involves messing with Hilly’s sense of spatial relations. One of her favorite pastimes is “Splash in the Animal’s Drinking Fountain;” Hilly likes to pound her hands in the water, stand in the base, and pretty much do all she can to create as large (and as wet) a mess as possible. To counter this, when I catch her headed in that direction, I will lay on the floor, blocking her path. I am an easily overcome obstacle, however, so Hilly will begin a Sir Edmund expedition up and over my body as if I am a mini-Mount Everest. As she is crawling, I spin myself 180 degrees, so that by the time Hilly is completing her descent, she is back where she started and not a hair closer to the water fountain. Safely on firm ground once again, she looks up, pauses, and turns around. For reasons that beguile her, the water fountain is behind her once again, so Hilly climbs up on me, bee-lining it for her favorite play toy… and once again I spin, and once again she is confounded.

If such actions sound tedious, they are. But they’re not trying. They are time capsules, moments you will not repeat with your child as they grow out of such nonsense. Understanding this, you treat each idiotic action as beloved.

Over the past year, I can count on a closed hand the number of times I’ve been frustrated with my daughter. Yes, there have been moments of tired, but I am dealing with an infant. They cry, they spit up, they blow out of their diapers, and they absolutely do not do what you want them to. But babies are… well, babies. So you deal with it. Hilly smiles whenever we make eye contact, and I always smile in return. She is a sponge, absorbing everything around her. If I am tense, unloving, or volatile, Hilly will absorb that and it will be reflected as she develops into a person. So at her very young age, I make it a point to reinforce she is loved, even when she is at her worst.

(Naturally, this will shift as she grows; a six-year-old being coddled as they throw a tantrum grows into a selfish twat of a person, but at one year I think a calm voice is more effective than a stern one.)

One year and one month ago I had resigned to becoming a father. Now, forgive the cliché, I rejoice in my role as “Da-da.” It’s what my wife wanted, and since I wanted her, “In for a penny, in for the rest of your long, miserable life.” Or something like that, I forget the exact phrasing. Still, I could never bring myself to recommend or push having kids on anyone. 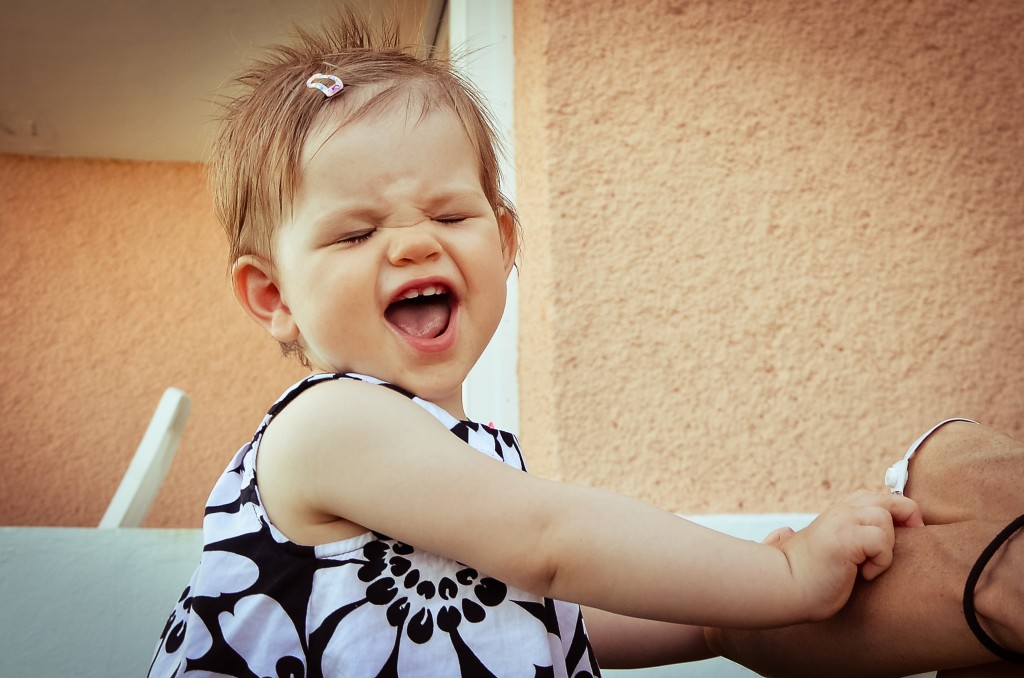 All too often there seems to be an “I’m right/you’re wrong” mentality in life; Coke vs. Pepsi, Connery vs. Moore/Dalton/Bronson/Craig, Original Trilogy vs. The-Worst-Three-Goddamn-Movies-Ever-Made, Relationship vs. Single, and of course, Parenthood vs. DINK. Just because I was tricked into the best thing that ever happened to me doesn’t mean it’s for everyone. I got lucky, and I know that. Thing is, I know people who passionately claim to dislike things they have never tried, and are emphatic in their opinion. They firmly believe they know what’s right without ever having experienced whatever it is they are adamantly against. Parenthood is a bit too big a leap of faith to simply try for the sake of trying. Skydiving, watching football, exercising, these are little events you can try once and never do again should you not have fun, or if your parachute doesn’t open.

But to enter the role of parent, that should give one pause. You have to go in eyes open and fully aware. I went in knowing that if every little thing was anything but magic, I had committed myself to the experience. Therefore, when I see shitty parents angry with their kid for acting like a kid, it really pisses me off. And, of course, makes me feel sorry for the child. Did the parent think the baby was a programmable robot with an off switch? I have no idea, and it boggles my mind.

Either way, make sure to remind me of everything I’ve written about tolerance when Hilly is sixteen, pregnant, and has just wrecked my car while getting her first DUI.

“How do you like being a dad now, smart guy?”