I No Longer Fear Hell, and Other Mexico-Inspired Insights 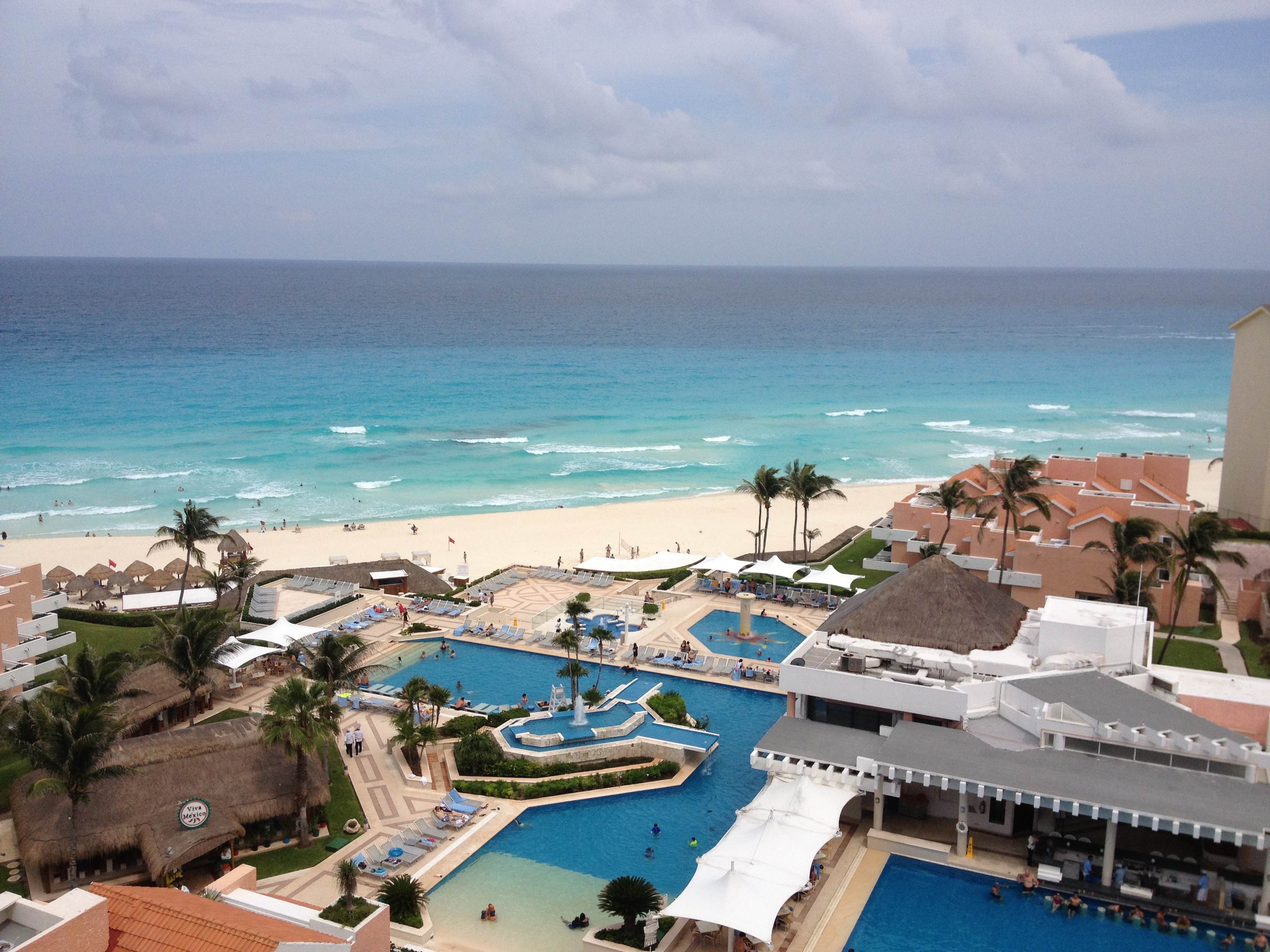 I can sit in the shade ALL GODDAMN DAY and still get a sunburn.

Sand: it gets fucking everywhere.

I can lose 9 pounds in one month and still be too fat for the swimming suit I wore on my honeymoon.

You can hail a bus like a taxi. Not at a bus stop? Throw up your hand, they’ll usually pull over. 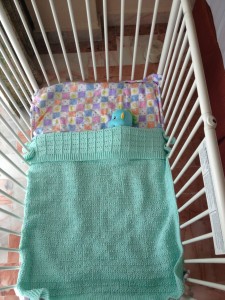 This is how the maid prepared Hilly’s crib, tucking in her glow-dragon. Awesome.

Speaking of busses: they’re more fun than a roller coaster. Mexico can single-handedly keep a brake company in business the way they accelerate and stop seemingly randomly.

I can drink the local water for 7 days and not shit blood.

On that note: new respect for the Mexican tradition of wearing a t-shirt in the pool. No, you’re not fooling anyone, but you’re easier on the eyes.

Blockbuster still exists, because functional, reliable wireless does not.

There are still people in 2013 who think sunblock doesn’t matter, and that skin cancer is awesome. 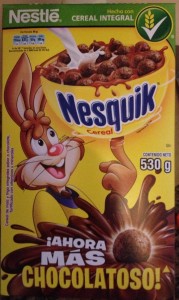 THEY STILL HAVE MY SECOND FAVORITE CEREAL IN MEXICO, SOMETHING DISCONTINUED IN THE USA?! WTF?! (favorite was Kaboom!)

If I were God, one thing I would do is make elevators unable to stop on the first 3 floors of a building for anyone save small children, the elderly, and the disabled. Hoof it, lazy-asses.

I no longer fear hell, for I have been through an entire time-share presentation.

Related: two minutes after telling you “That’s the best I can do,” a time-share representative can suddenly find much better deals the instant you say “No.” Our offer went from “Only $18,000!” to “Only $12,000!” in the blink of an eye.

Speedy Gonzales is a cartoon mouse in Mexico, not a symbol of racist stereotypes like white liberal pussies (and a few cunty Mexican-Americans) would have you believe.

If you ride a bus for too long, a nice woman will say “Excuse me, I think you’re lost. You don’t want to be in this neighborhood.” (I was sightseeing, and yeah… went a little too far into the gang-tagged zone)

If you don’t buy an all-inclusive package, a Coke is six-goddamn-dollars at the resort. 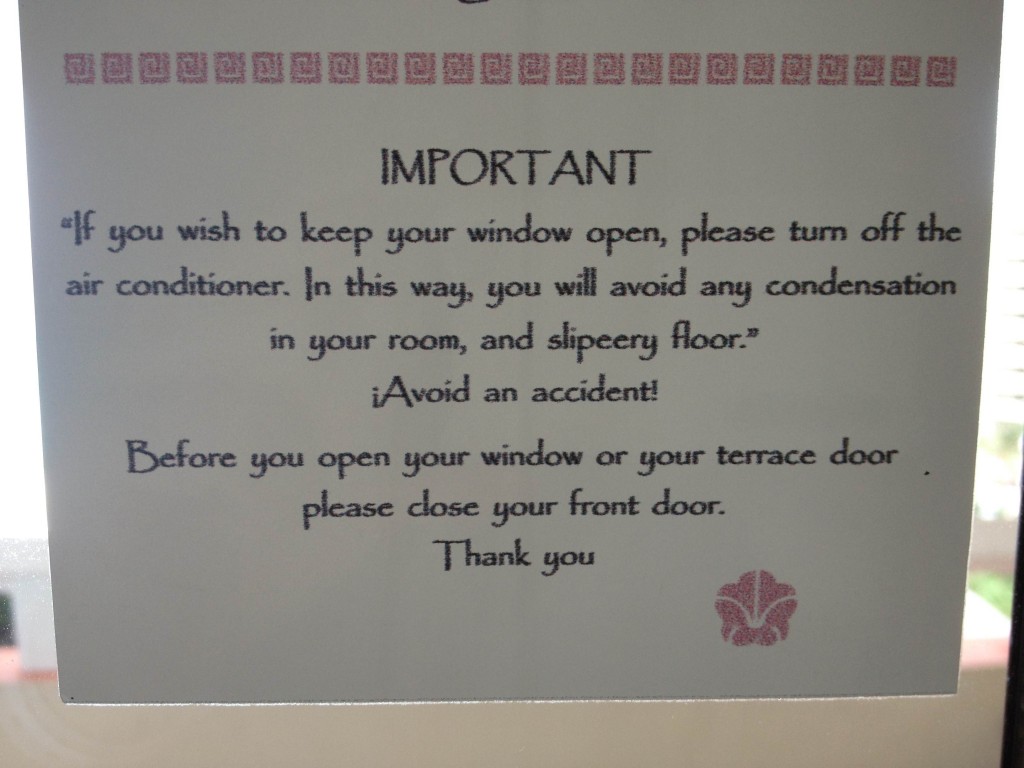 They spell “Slippery” in English exactly like they say it in English.

If you steal 3 cokes from the resort, you just saved $18.

Waiting on the tarmac for your plane to taxi when on extended delay is probably a lot like a Christian waiting for the rapture. Only unlike the rapture, air travel is real, and your plane will eventually take off.

It can rain when there isn’t a single cloud in the sky.

Two hotel beds means no one has to sleep in the wet spot. 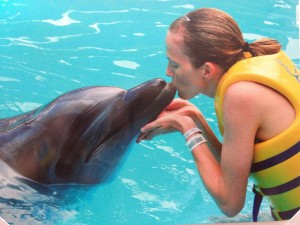 The reason Latinos die in dance club fires is: YOUR EXITS ARE PULL YOU IDIOTS. There is a thing called “Common Sense.” When a mass of people is trying to leave a building in a hurry, do you think it’s best to push or pull a door open?

No matter what the sign says on the restaurant–Italian, Thai, Burgers–the food will suck if it doesn’t say “Mexican” when all the cooks are.

If you tell a local, “No habla Español. Muy estúpido.” They will continue to speak Spanish to you, only faster. 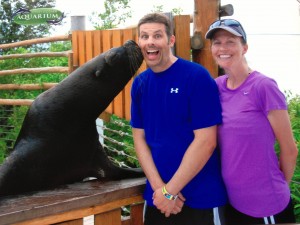 Mexican tweens are as gay for the “band” One Direction as American tweens.

If you ask a local if all gringos look alike, they will laugh and admit “Yes.”

Traditional Mexican music is a lot like rap: with rare exception, if you’ve heard one song you’ve heard it all.

Drink one shot of tequila on an empty stomach, and you’ll burp that shit for the next five hours.

Mexico is a beautiful country.