The Silence of the Veal 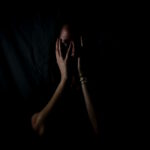 There are probably 1,000,0001 reasons I could never be a farmer, but the story I got to hear multiple times yesterday would have to be listed as number one with a bullet.

What’s amusing to me is how absolutely normal the event is in the farming world. While not a daily occurrence, it does happen often enough for a farmer to not even bat an eye while carrying out such a chore.

My wife’s sister visited their grandmother—who lives on a farm surrounded by her sons and their beef-cattle farms—and then came to visit us. Here’s the tale she brought with her…

As it is officially spring, baby calves are being born left and right. Cows are supposed to birth one baby at a time, but they do occasionally spit out twins, or even triplets now and then. Unfortunately, when cows have multiple offspring, they only have the nursing milk to provide for one of the two (or three). This means the farmers have to pull neglected babies into the barn and bottle-feed them every few hours all day and all night.

Apparently, 2011 has been a banner year for twins. Many mammas have been dropping dos moo-moos into the herd, and the farmers are extra busy taking care of the leftovers.

(Insert your own low-income/minority-government welfare program joke here, if you wish)

Recently, a mom cow gave birth to a stillborn single calf. Sad, but a boon to the overworked farmers. Without blinking an eye, they wrapped a chain around the carcass and began dragging it to the barn. The momma cow, not being a bright sort of animal, began following along. She didn’t know her baby was dead, she just wanted to bond with her newborn, and goddammit the thing was “walking” away from her.

The farmers got the corpse to the barn, locked mom out for a few minutes and went to work. When all was ready, they opened the doors and mom was ecstatic; there was her baby, standing and happy and waiting to be cleaned.

She came in, sniffed for certainty, and when the scent matched, she bonded with her baby and it began to nurse.

How did the farmers bring the calf back to life, you ask? They didn’t. As they had too many derelict babies to feed by hand, they knew they could have the calfless-mom into nursing one, if only they could trick her into doing so. So, they skinned the dead cow, wrapped the hide on one of the strays just like Buffalo Bill dancing in his basement singing “I’d fuck me so hard” into the mirror, and presented it to the mom.

She was fooled, and all was well in the farming world for another day.

Oh, and when Lydia’s sister asked her uncles what they used to put the skin on to the new cow-cow?

Bet MacGyver never thought of that one.